Late Model Racecraft has worked over the last few months to have the first seven-second C7 Corvette, and it appears the tuner has accomplished that goal. A new video from Houston Raceway shows the LMR Corvette at the strip completing a blisteringly fast run.

The video shows the modified Corvette launching hard from the tree, wheels lifting as it rockets down the track. Not only does it sound magnificent, it goes like hell, too. We still don’t know what’s been done to the Corvette to give it its massive amount of horsepower. However, we guess from the sound that the modifications made were extensive. 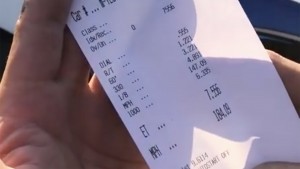 The first run down the strip returns an insane 7.747 quarter-mile time at 163.75 miles per hour. That’s fast enough to blow the doors off any competitor. However, that’s not the car’s best time. A second run, captured in the video, shows the Corvette shaving two-tenths of a second off its time, recording a 7.556 quarter-mile time at 184.09 mph. That’s a remarkable improvement over the first run.

The modifications of this ground C7 Corvette remain a mystery. However, the tuner thanks several companies in the video’s description, calling out ProCharger, American Racing Headers, Nitrous Express, Late Model Engines, Menscer Motorsports LLC, WELD Racing, Mickey Thompson Performance Tires & Wheels, Cam Motion, and more. This gives us a good idea about which companies LMR worked with in developing the seven-second C7 Corvette.

The Corvette features a full interior including the radio and air conditioner. Now that LMR has its seven-second C7 Corvette, the company could pursue a six-second quarter-mile time. It’d be easy to strip the interior and remove the air conditioning unit, which would save some weight. Combine that with a few more modifications and LMR could get close to that coveted six-second time. However, there is something special about a car with a full interior hitting race car-levels of performance.