The SEMA Show in Las Vegas is a thrill for any horsepower junkie. Aftermarket tuning and parts companies from around the world descend upon Sin City in hopes of drumming up excitement for new accessories and performance packages. The show is a platform for automakers and tuning companies to show just how far you can customize a vehicle. Not every creation that hits the show floor pleases every pallet; however, there’s little doubt the time and dedication spent building these wild machines is immense. Just look at the 2018 Lingenfelter Continental Tire Camaro ZL1.

Lingenfelter released a time-lapse video of the build process, and it’s interesting to watch all the pieces come together in record time. It’s easy to judge a final product sitting under the Vegas lights, but it’s a lot harder to be critical when you get a peek behind the scenes. There’s passion back at the garage. 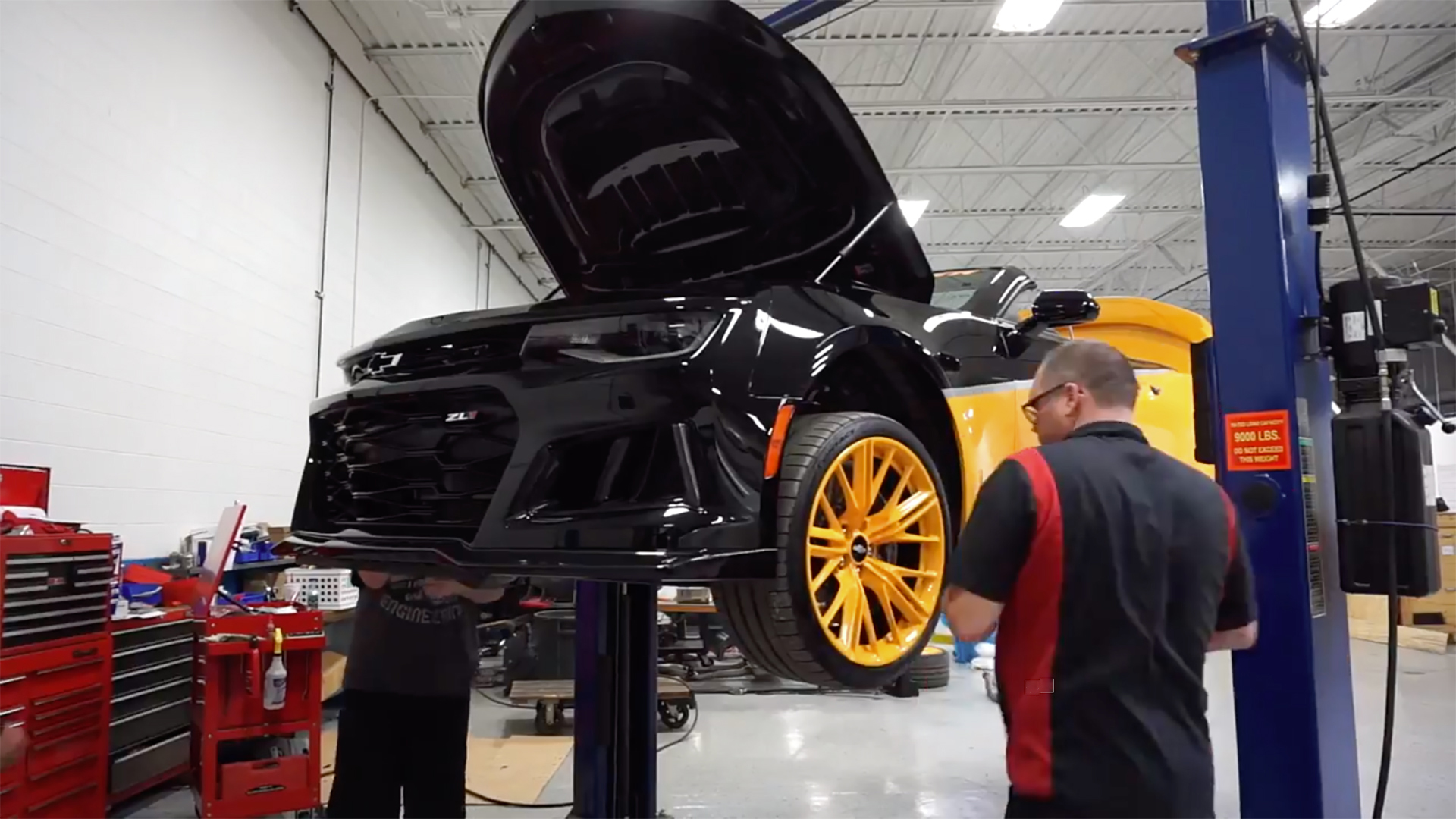 The Camaro ZL1 is a high-performance machine with a host of upgrades. Under the hood is a ton of Lingenfelter parts that include Lingenfelter LT4 cylinder heads, 103-millimeter throttle body, Lingenfelter GT31 LT4 camshaft, high-flow direct injection fuel injector and pumps, aluminum intercooler reservoir, an upgraded air intake, and much more. The upgrades boost the engine’s output to 1,000 horsepower and 866 pound-feet of torque with 848 hp and 779 lb-ft of torque making it to the wheels.

The car also sports black and gold exterior paint along with the Continental Tire script and logos. The color combo is striking, yet it works well with this design. The hood also has a carbon fiber insert. The video doesn’t show any interior upgrades.

The video – which clocks in at just over seven minutes – is fascinating to watch. This isn’t a detailed and in-depth look at the build process. Instead, it’s a quick-hitting video that shows the overall build. Sit back and enjoy.