The new-for-2019 Chevrolet Corvette ZR1 is, simply put, the fastest, most track-capable factory Corvette ever made. Its beating heart is the supercharged, 6.2-liter V8 small-block LT5 engine – named after a 5.7L DOHC V8 built by Mercury Marine, which powered the original ZR-1 in the 1990s – and it endows the 2019 model with a whopping 755 horsepower and 715 lb-ft of torque. That’s reportedly good enough for a 2.85-second sprint to 60 mph with the optional eight-speed automatic transmission.

So it’s bound to be good on a racetrack, but what can you really do with the 2019 Corvette ZR1 on the street, while obeying all applicable traffic laws? That’s the question that Kelley Blue Book attempted to answer in its recent review of the American-born supercar, although in order to do it, KBB Managing Editor Micah Muzio had to get a bit, erm, creative. 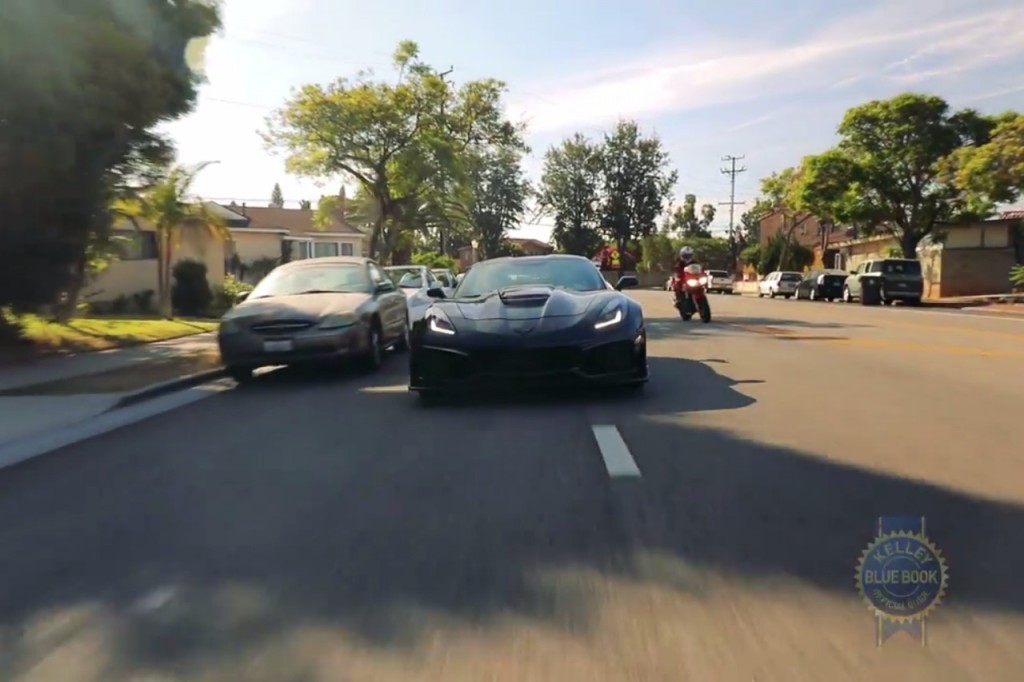 Over the course of a review spanning nearly nine minutes, Muzio demonstrates how to “hit the speed limit with haste,” wow your friends with the car’s raw acceleration, annoy them with its impressive braking power, use the Performance Data Recorder to capture part of a commute, and plenty more. It’s all meant in jest (we hope), but Muzio does raise a pretty valid point: How do you even begin to appreciate a supercar with such ludicrously high limits on roads full of potholes, other commuters, speed cameras, and of course, cops?

“Maybe – just maybe – the true appeal of a ZR1 is the certainty you’re piloting the pinnacle of Corvettedom,” Micah Muzio concludes at the end of his review. “As far as factory-issue ‘Vettes go, this is the fastest, priciest, best you can buy. Full stop.”

Maybe that’s all it takes.