We’ve known Jeep planned for a pickup truck for some time now, but the 2020 Jeep Gladiator (nee Jeep Scrambler) has made its way onto the internet ahead of a proper debut. The Chevrolet Colorado ZR2 is in for a new rivalry.

The Jeep Gladiator Forum published photos of the new off-road truck on Wednesday, which shows an unsurprising design—it looks like a Jeep Wrangler with a truck bed. A spec sheet and photos confirm the Jeep Gladiator will be a four-door pickup with a standard soft-top and two optional hard-top roofs.

As for the off-road credentials, the Gladiator will be packing. It will share the Wrangler’s Command-Trac and Rock-Trac four-wheel-drive systems, Dana 44 axles, electric front- and rear-axle lockers, a limited-slip differential and electronic sway-bar disconnect. The spec sheet also claims the Gladiator will be able to cross 30 inches of water before things get dicey. Off-road traction will come from 33-inch off-road tires. 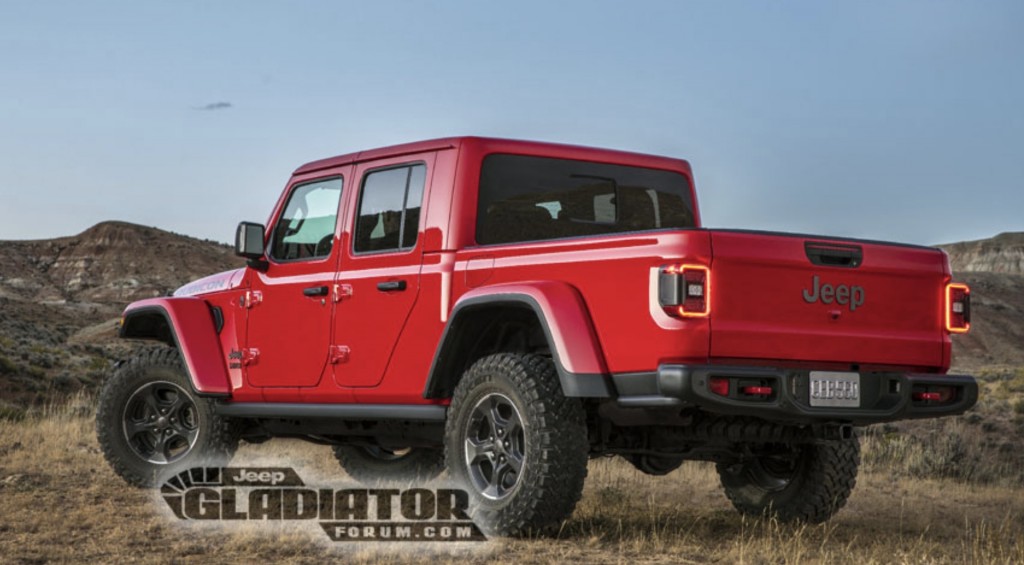 In the powertrain department, the Jeep pickup truck will also rival the Colorado ZR2. We expect a 3.6-liter V-6 engine will pair with either a 6-speed manual or an 8-speed automatic. A 3.0-liter turbo-diesel V-6 engine should launch later with the 8-speed automatic only. Payload capacity is said to be 1,600 pounds and the Gladiator will tow up to 7,650 pounds. That’s more than 2,000 pounds more than the Colorado ZR2’s towing capacity. The ZR2’s two-inch higher lift and three and a half inch higher track make for the lighter rating compared to the standard Colorado’s 7,000-pound figure.

We don’t know how much the Jeep Gladiator will cost, but the pickup is shaping up to be a formidable Colorado ZR2 rival. Heck, even a proper rival to the regular Colorado, too. The Gladiator will make its formal debut at the Los Angeles Auto Show on November 28.