Already, we’ve talked about how the 2018 Buick Enspire concept crossover unveiled in China earlier this year uses GM’s Air Curtain technology at the front of the vehicle to help reduce aerodynamic drag for better performance, reduced NVH, and a longer pure-electric driving range.

Still, the 2018 Buick Enspire concept does represent an important first for GM Air Curtain technology, as it features GM’s first known use of rear air curtains. If you look at either D pillar of the cutting-edge crossover concept, you can see an air curtain piece not too dissimilar from the front air curtains used on the Enspire and production vehicles like Camaro and Silverado 1500. 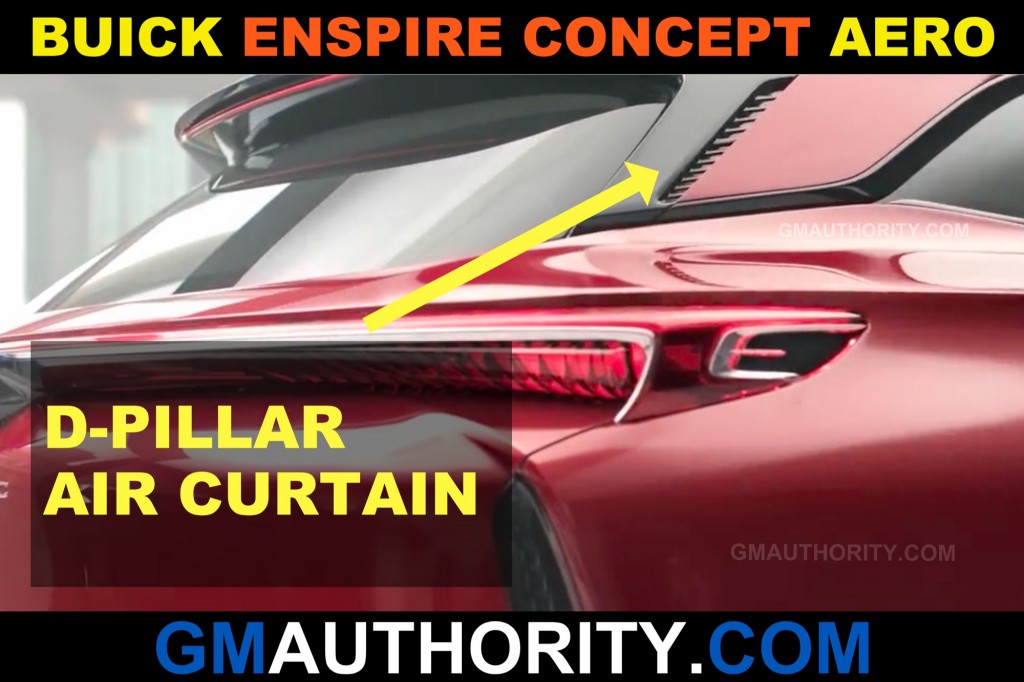 While the overall concept is the same, there appears to be at least one very significant difference; where front air curtains have heretofore been deployed in GM vehicles with the aim if routing oncoming air around the wheel wells, these D-pillar air curtains don’t seem to be in a position to do much of that.

More rather, if we had to hazard a guess, we’d say these rear air curtains have been implemented in the hopes of keeping rushing air from “detaching” from the vehicle body too abruptly. The way these air curtains are designed, they ought to accept air rushing along the Buick Enspire concept’s side glass, helping direct it gently around the D pillar so that it can detach from the vehicle body at the lift back. 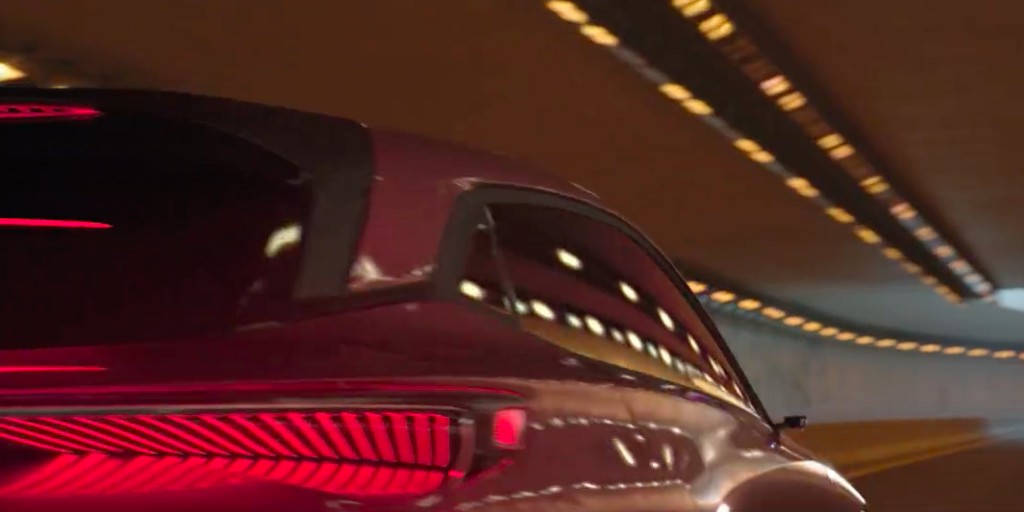 The Buick Enspire concept is a concept crossover utility vehicle first shown at Auto Shanghai in April. Billed by GM as “an exploration of Buick’s bold design ideas and innovative technologies for future mobility,” the concept boasts a 550-horsepower, all-electric Buick “eMotion” powertrain – potent enough for a 0-to-60-mph time estimated at 4.0 seconds. Driving range is estimated to be about 370 miles on a single charge, and fast-charging can take the battery from 0- to 80-percent charge in 40 minutes.