While there has never been a production mid-engined Corvette (yet!), the idea has existed for well over four decades. Zora Arkus-Duntov was the Director of High Performance at General Motors during the early years of the Corvette, and was responsible for the small block V8 finding its way to the Corvette’s engine bay. Duntov was convinced that if the Chevrolet Corvette was going to truly be able to rival the European greats on the racetrack, the engine was going to need to find its way to the middle. Despite a ban on factory based racing at the time, Duntov and his team created a number of racing cars in secret, including the famous C2 Grand Sport, as well as the CERV projects. 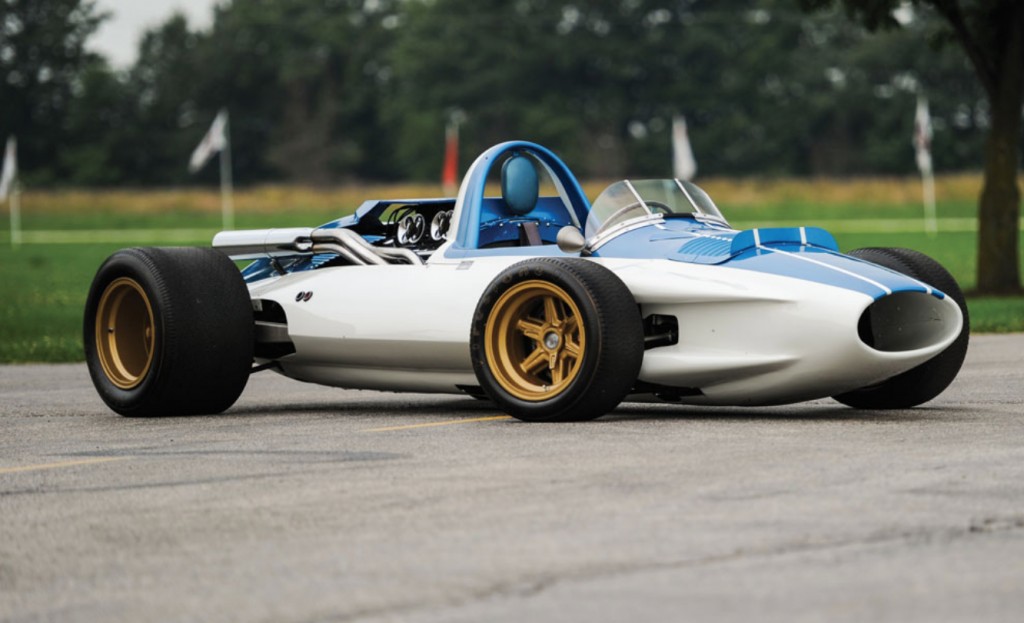 CERV stood for Chevrolet Experimental Racing Vehicle, but fearing that word of the secret program would reach those with the authority to end it, the acronym was quickly changed to mean Chevrolet Engineering Research Vehicle. Despite the change, the acronym did remain accurate to what the engineers were working on. The first car from this program, the CERV I, is more akin to an indy racer than a Chevrolet Corvette. However, the knowledge that was gained building this mid-engined racer only further fueled Duntov’s desire to one day see an engine sitting midship of the Corvette.

The CERV III mid-engined Corvette concept was debuted at the 1990 North America International Auto Show, and the technical specs look impressive even today. While the car was not developed by Duntov and his team, the name was chosen to pay tribute to Duntov’s dream of a mid-engined Corvette. The beautiful body was constructed from carbon fiber, nomex and kevlar. Behind the driver sat a modified LT-5 out of the C4 Corvette ZR1 with two turbos slapped to it, raising power output from 375 horsepower up to 650 horsepower. That power was routed through a series of two transmissions, as a three-speed Hydramatic unit was linked to a modified  two-speed automatic transmission. This unique set up put power to the tarmac by way of an all-wheel drive system. Other performance bits included an active suspension tuned by Lotus, four wheel steering and carbon brakes. All of this allowed the CERV III to reach 60 miles and hour from a standstill in 3.9 seconds, and reach a top speed of 225 mph. Performance doesn’t come cheap, and the estimated price of $400,000 for the CERV III mid-engined Corvette was a major reason that didn’t make it to production. For a detailed explanation of the history of the CERV program, take a look at the video above.