Earlier this year, Genovation debuted the GXE—a C7 Corvette-based electric supercar with 800 horsepower and 700 pound-feet of torque. After its debut at the Consumer Electronics Show, it appeared at the M1 Concourse in Pontiac, Michigan. Now, it’s heading to the Los Angeles Auto Show this week.

“We’re excited to continue the momentum we’ve established with our participation at the 2018 Los Angeles Auto Show,” said Andrew Saul, CEO of Genovation Cars, Inc. in a statement. “The GXE has received a very positive response wherever we’ve shown the car and we expect that momentum to continue with our debut in LA. As one of the premier shows in the world, we anticipate our GXE will impress the audience of car enthusiasts coming from a truly international audience.” 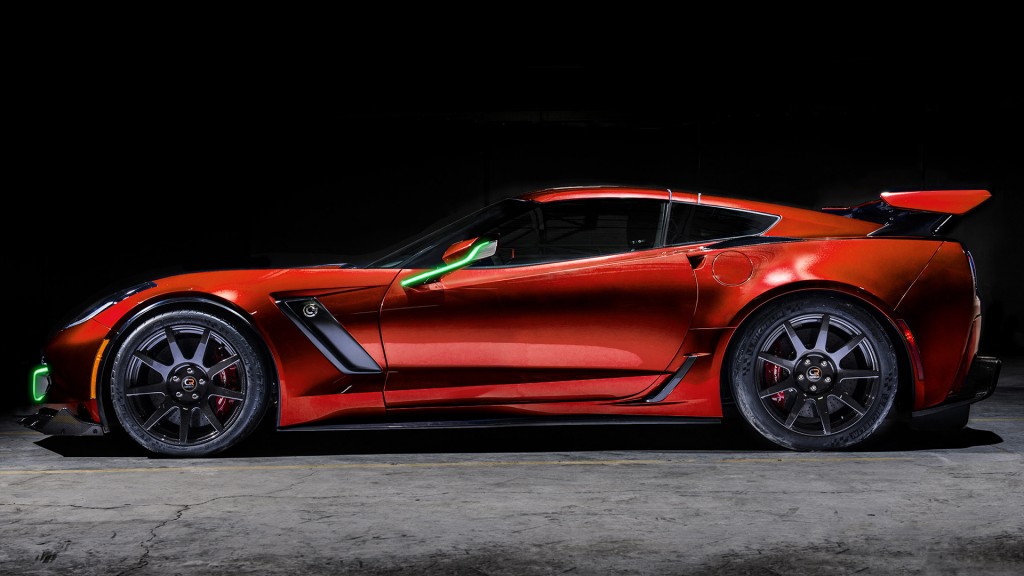 Top speed is claimed to exceed 220 miles per hour with a range of more than 175 miles on a single charge. However, that number is based on driving like an average person. The car holds the Guinness Book of World Records for a street legal electric car with a speed of 190.48 mph in the standing mile. The electric Corvette is also the first street legal EV to record a top speed of 209 mph. It still retains that record.

“Presenting the GXE at the LA Auto Show places our product in front of audiences that appreciate both bespoke and high-tech performance automobiles,” said John Hill, Director of Sales and Marketing for Genovation Cars Inc. “World-class components, custom exterior and interior options as well as optimized chassis dynamics are some of the features of our all-electric supercar. Discussions are now taking place with a number of prospects interested in purchasing their personalized GXE. We’re looking forward to presenting the car in Los Angeles.”

Genovation will produce a limited run of 75 electric Corvette GXE supercars. Customer deliveries are scheduled to begin in mid-2019. They’re expected to cost $750,000 a piece.