The autonomous vehicle subsidiary of General Motors, Cruise Automation is said to be looking to open a new office somewhere in the Seattle area soon. According to a report from GeekWire, the company plans to employ as many as 200 engineers at the new location by the end of 2019.

“To continue growing a team that is diverse and rich in talent, we feel that it’s important to explore talent pools outside of the Bay Area, and Seattle’s vibrant tech community and proximity to our headquarters in San Francisco make it a logical choice,” said Kyle Vogt, Cruise’s CEO and co-founder, in an emailed statement to GeekWire.

The report notes the company is still deciding where to put the company’s new engineering office. It could be in Seattle itself or an outlying community such as Bellevue or Redmond. When the facility opens, many of the new employees will be new hires to the company, instead of transfers from other Cruise Automation locations. When GM acquired Cruise Automation in 2016, it had just 40 employees. Today, it was just shy of 1,100, growing its workforce by 30 to 40 percent every quarter. 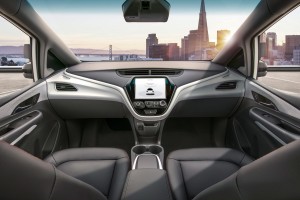 While news of Cruise Automation coming to Seattle is likely exciting the locals, they shouldn’t hold their breath for driverless cars descending upon the city. Right now, the company has no plans to test autonomous vehicles in the Seattle area. Cruise already has vehicles deployed in San Francisco, Arizona, and Detroit. Instead, Cruise hopes to take advantage of the area’s digital engineers and machine learning experts. Because it’s sure not about cheap rent.

GM’s autonomous vehicle subsidiary is positioning itself to do great things in the next few years. Since GM acquired the company both Honda and SoftBank have invested $5 billion into the company, helping raise its valuation to $14.6 billion.