GM CEO Mary Barra met with White House economic advisor Larry Kudlow yesterday after the automaker announced it would lay off 15 percent of its salaried workforce in North America.

GM announced Monday that it would lay off 6,000 factory workers and 8,100 white collar workers as part of a major restructuring effort. The automaker is closing down car assembly plants in Ontario, Michigan and Ohio under the new plan, along with two US transmission plants in Michigan and Maryland, and two other plants outside of North America. From this, General Motors is hoping to free up $6 billion by 2020 and plans to invest heavily in its electric and autonomous vehicle programs. 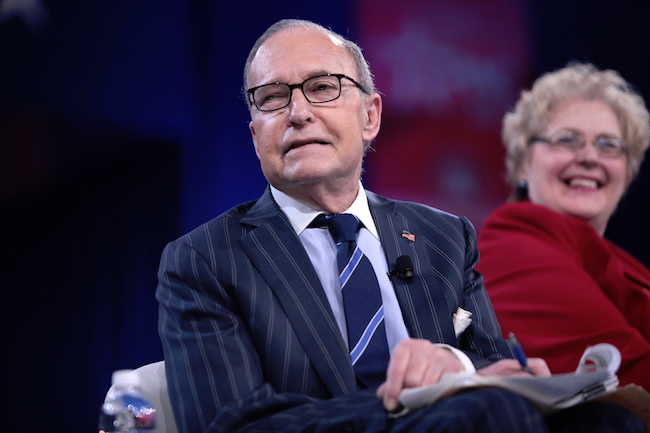 Kudlow was recently quoted speaking highly of the US economy, saying it is the “hottest” in the world right now and that Europe and Asia were “slowing down.”

US President Donald Trump said he was “not happy” about the layoffs when asked about the situation on Monday and pressured GM to bring a new product back to Ohio after it said it would be closing down Lordstown Assembly.

“I spoke with (Mary Barra) when I heard they were closing and I said ‘you know this country’s done a lot for General Motors, you better get back in there soon, that’s Ohio, and you better get back in there soon,'” Trump said. “So we have a lot of pressure on them, you have senators, you have a lot of other people, a lot of pressure. They say the Chevy is Cruze is not selling well, I say well then get a car that is selling well and put it back in (Ohio).”

GM made the decision to trim its workforce in order to ensure the health of the company going forward, CEO Mary Barra said in a prepared statement outlining the details of the restructuring plan.

“The actions we are taking today continue our transformation to be highly agile, resilient and profitable, while giving us the flexibility to invest in the future,” Barra said. “We recognize the need to stay in front of changing market conditions and customer preferences to position our company for long-term success.”