Reports are coming out that there was more than just buyouts outlined in Wednesday’s email from GM’s leadership to employees. According to Automotive News, General Motors is suspending renovations to both its design center located in Warren, Mich. and an update to its global propulsion headquarters in Pontiac, Mich. in an effort to save money. It’s unclear how far along the renovations were, but they were understood to cost hundreds of millions of dollars. The entire remodeling project for the Warren campus is said to be around $1 billion.

The historic General Motors Global Technical Center began its multi-year remodeling phase in 2015. The renovation to the GM Design Center was going to double its amount of studio space with an expansion surrounding the iconic Design Dome Auditorium. It was the final component of the $1 billion campus investment. If it was on schedule, the studio space construction was to begin in mid-2018, starting with a new parking structure for the design center. Following the garage, a new building that would have increased worker capacity would have then began construction. 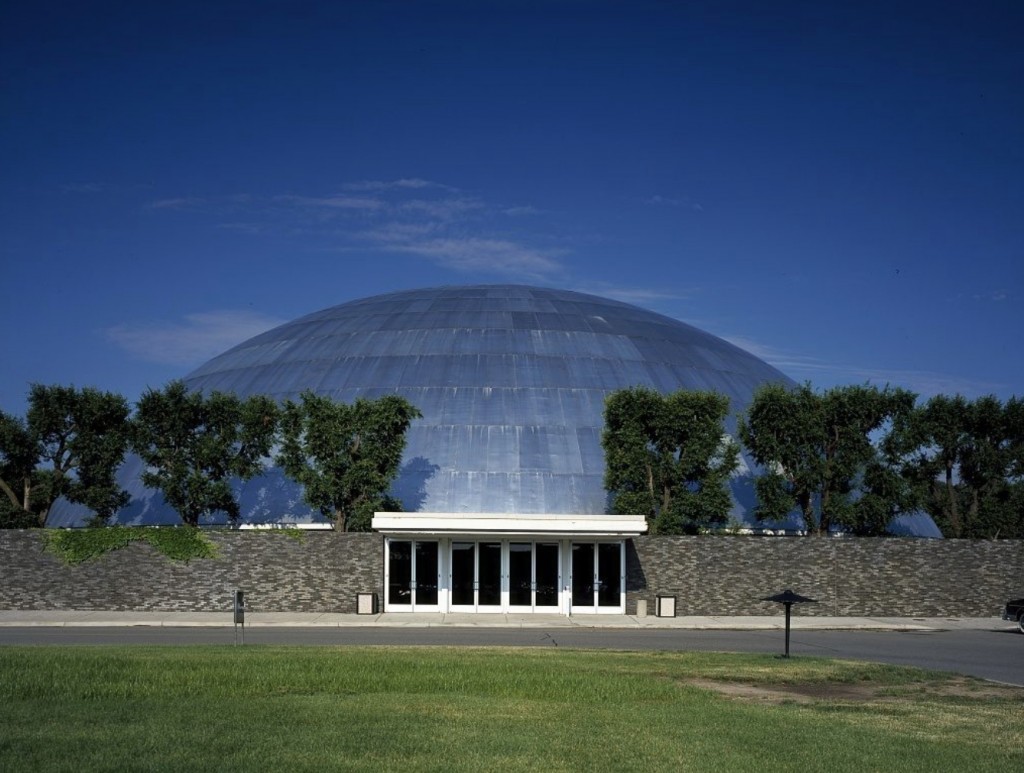 Photo courtesy of Library of Congress.

Before the renovations were halted, it’s understood that the Warren Tech Center’s main building, the VEC, has been remodeled with an open floor plan that’s seen mixed reactions from workers. A parking garage was also completed, as was a state-of-the-art “alternative propulsion” laboratory, and pre-production operation center.

On the same day it reported $2.5 billion in third quarter earnings, General Motors notified workers of voluntary buyouts to roughly 18,000 salaried employees globally who have 12 years or more of experience, according to a company-wide email sent out this morning. The buyout applies to any salaried employee who began their employment at GM began Dec. 31, 2006 or sooner. Eligible employees only have until Nov. 19 to volunteer for a buyout, or risk an unceremonious layoff.

General Motors is currently facing multiple headwinds, including sales losses in both China and America, an estimated $1 billion-plus in unexpected commodities tariffs, and behind-schedule progress in its costly autonomous vehicle endeavors with Cruise Automation.