Turns out the Democrats are just as upset with General Motors as US President Trump.

A day after General Motors announced a massive restructuring plan that will see jobs lost, cars killed, and plants idled, criticisms were coming in fast and furious from all over the government.

Ohio Senator, Democrat Sherrod Brown, spoke sharply regarding GM’s plan to lay off remaining workers and idle its Lordstown plant in March. The plan feels like even more of a slap in the face than when GM announced the 2019 Chevrolet Blazer would be produced in Mexico on the same day it was due to lay off Lordstown’s second shift, where Chevrolet Cruze production will wind down next year.

“GM received record tax breaks as a result of the GOP’s tax bill last year, and has eliminated jobs instead of using that tax windfall to invest in American workers,” Brown said in a statement released by his office. According to GM’s most recent earnings report, the company has gained $157 million so far this year thanks to tax legislation passed last year by the Republicans. President Trump has threatened to cut these acts of corporate welfare. 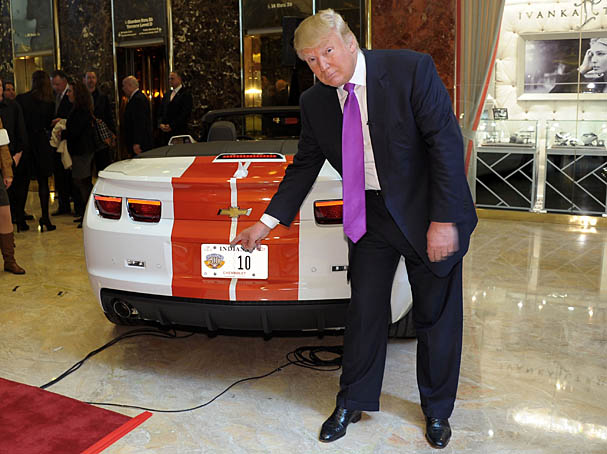 But the Democrats weren’t about to side with Trump. According to The Detroit Free Press, Ohio’s blue Congressmen, Tim Ryan, criticized the President’s attempt to keep jobs in Ohio via tax cuts. “So far, President Trump has been asleep at the switch and owes the community an explanation,” said Ryan. “We tried to get his attention on this issue two years ago. He promised us that his massive corporate tax cut would lead to dramatic reinvestments.”

Flint’s Democratic Representative, Dan Kildee, said GM should reconsider because both the American people and the federal government have always stood with General Motors, before adding “the industry should have the back of American workers.” While Michigan Senators, Gary Peters and Debbie Stabenow, both cited the devastating impact this was likely to have on families and communities, especially with the announcement coming so close to the holidays.

Trump’s tax cuts may have been beneficial to the automaker’s bottom line, at the same time his tariffs and trade disputes are generating new, unforeseen costs for the industry as a whole.