The late 1950s and early 1960s were a fascinating time in automotive history. The industry was riding a wave of success as economic prosperity and teenaged Baby Boomers demanded unfettered travel across the country. In 1958, Bill Mitchell, who would go on to led GM design, earned a secret design studio. There, the C2 Corvette concept, known as the XP-87, was created. Not only did the Corvette XP-87 go on to become the Stingray prototype race car that won the 1959 and 1960 SCCA class championships, but it also became the basis for the 1963 Corvette Sting Ray. The original Corvette XP-87 hides in GM’s archive; however, there was the Fiberfab Centurion Corvette, a Corvette XP-87 replica that debuted to customers around 1965.

These are also difficult to find; however, one recently crept up on eBay last month looking to be in a disheveled state. According to the ad, the company produced just five kits with deliveries ending just after production started. Company founder and designer  Warren “Bud’ Goodman ended up in jail. The example here has a well-documented history. The car here went to its first owner in Utah in 1965 who mounted the body on a 1960 C1 Corvette chassis. The car switched hands to a new owner in the late 1970s. 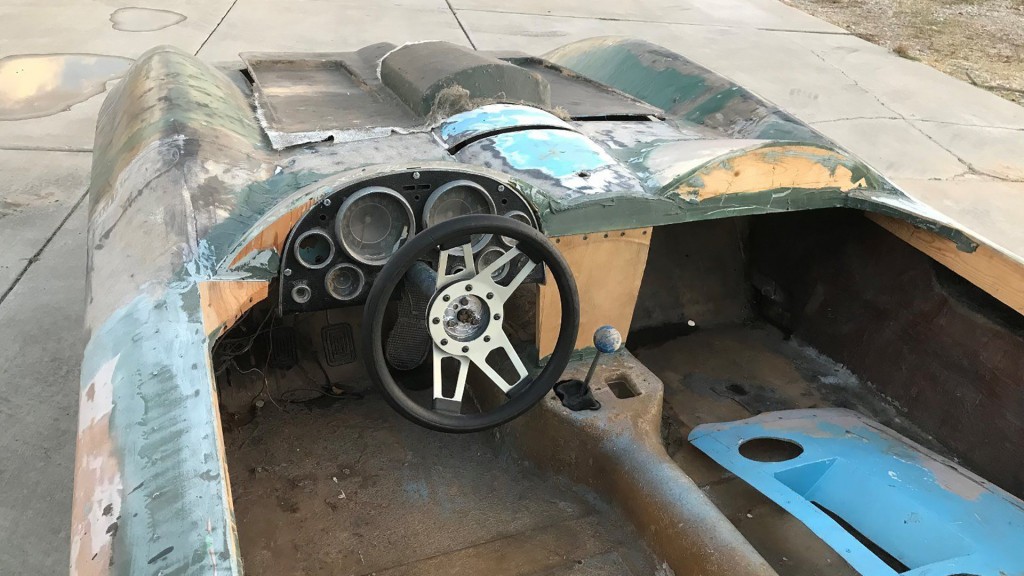 This Corvette XP-87 replica isn’t original, sadly. The second owner glassed the doors and installed a standard Corvette hood, which stands out noticeably due to the massive panel gaps. It’s been untouched otherwise for the about last 30 years. The car sold as a rolling chassis. The engine and transmission, a Borg Warner T10 four-four-passed were an additional $2,300 above the final $10,000 bid.

But even with the engine and transmission, the Corvette XP-87 replica needs a lot of work—like an interior. While the car is a reproduction, recreating a one-of-five vehicle based on a concept is no easy task. Either way, just seeing one for sale gives us hope that whoever bought the car will put in the time and effort necessary to recreate the icon.