For Corvette Racing, which isn’t participating in the full 2018-’19 FIA World Endurance Championship season, this weekend’s Six Hours of Shanghai race is, essentially, a victory lap. Corvette won the team and driver championships in this year’s IMSA WeatherTech SportsCar Championship, despite only managing to come out on top in a single race, and so to celebrate, the factory racing outfit decided to send its No. 64 Corvette Z7.R to China for the final WEC race of the year.

Yet while Corvette Racing is fixing to run the Shanghai race for pleasure, the rest of the field is all clamoring to score much-needed points, their eyes on their very own sportscar racing championship titles. That fact goes a long way toward explaining why Corvette Racing’s No. 64 entry was handed a 27-kg (59.5-lb) weight penalty heading into the race, relative to its total weight at the 2018 24 Hours of Le Mans in June.

That’s enough to make it the second-heaviest entrant in the GTE-Pro class. 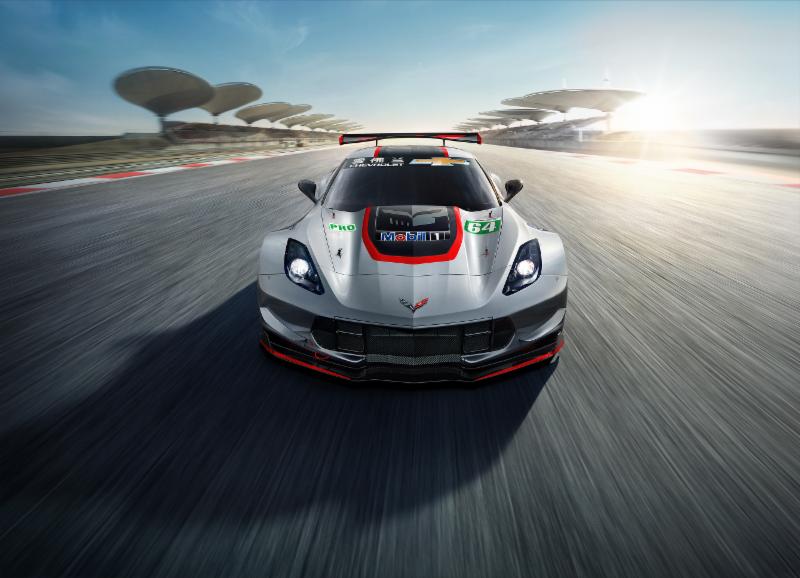 Corvette’s other Balance-of-Performance restrictions appear less harsh, including a 30.6-mm restrictor plate – the same diameter as the Porsche 911 RSR – and the same 96-liter max. fuel capacity as it ran at this year’s Le Mans race. The rest of the field, however, has all been given weight breaks – with the exception of the Ferrari 488 GTE Evo.

The No. 64 Chevrolet Corvette C7.R will be driven at Shanghai by full-season IMSA drivers Tommy Milner and Oliver Gavin, who secured Corvette Racing’s only victory of the 2018 IMSA season at Long Beach. The two were not the drivers who nabbed this year’s team and driver championship titles, however. That honor went to Antonio Garcia and Jan Magnussen.

Corvette Racing will be running a special livery at this weekend’s race, meant to promote Chevrolet’s Redline sub-brand in the Chinese market. The sharp new livery was unveiled last week, and features splashes of black and red against a silver backdrop.

Keep checking back with GM Authority regularly for all the latest Corvette Racing news.