The subcompact Chevy Tracker crossover utility vehicle – better known here in the United States as the “Chevy Trax” – was Brazil’s fastest-growing utility vehicle model through the first three quarters of the current year. During the same period last year, GM in Brazil chalked up a total of just 7,900 Chevy Tracker unit sales, give or take; this year, GM sold approximately 19,900 units through September, representing about a 150% increase in registrations.

The gap between this year and last could grow even larger in the fourth quarter of 2018 – defined as the span from October 1st through December 31st.

Today’s Chevy Tracker – a.k.a. Trax – bears little resemblance to the Chevy/Geo Tracker of yesteryear, which many Americans are likely at least passingly familiar with. While that high-riding, pint-sized utility vehicle was built on a small light-truck platform, making it a true SUV, today’s Chevy Tracker is a crossover, based on the same Gamma II vehicle platform as the subcompact Chevy Sonic car. 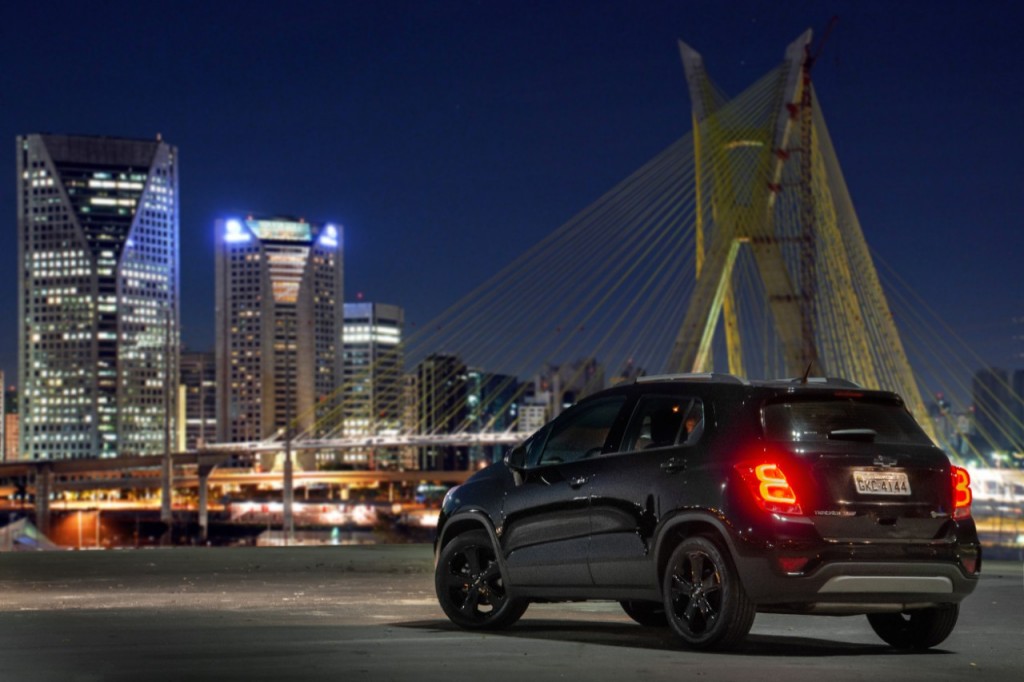 It’s motivated by a 1.4-liter turbo I4 Ecotec engine with a peak 153 horsepower, tied to a six-speed automatic transmission, with available front-wheel and all-wheel drivetrains. Chevy MyLink infotainment with Android Auto and Apple CarPlay is included, and in some markets, the Chevy Tracker is offered with GM’s OnStar telematics system.

Brazil is an all-important market for General Motors’ South American business unit, representing far and away the largest market in that part of the world, and one with nearly one hundred years of history. Last year, General Motors do Brasil was, along with GM’s Argentine business, rolled into a new division called “GM Mercosur” as the automaker restructured its South American operations.

The exploding popularity of the Chevy Tracker in the Brazilian market could be seen as emblematic of the largely-global shift in new vehicle sales from cars and toward crossovers and SUVs. The model has been updated slightly for the 2019 model year, with features like Traction Control, Stability Control, and Hill Hold Assist being added even to the low-tier LT model.