The Chevrolet Camaro model range has been refreshed for the 2019 model year, following a 2018-model-year update for its foremost American rival, the Ford Mustang. With both factory models now available in the U.K., the auto journalists at British motoring television program Fifth Gear figured they’d have a go in each, and assess which one is better able to handle a corner.

“American motors are generally designed for endless straight roads, so historically, [they] don’t have the suspension setups to deal with British bends,” host Tiff Needell explains, summarizing more than a century of American automobile production with a single, perhaps unfair, stereotype.

Still, point taken. Until the current sixth-generation model came along for 2015, the Ford Mustang used a simple live rear axle suspension. Even for the Chevy Camaro, it wasn’t until the previous fifth-generation model that an independent rear suspension found its way underneath the car. What’s more, both have historically been a bit on the big-and-heavy side as far as two-door coupes go, although the Chevy Camaro took great strides in that regard with its migration to GM’s excellent Alpha vehicle platform. 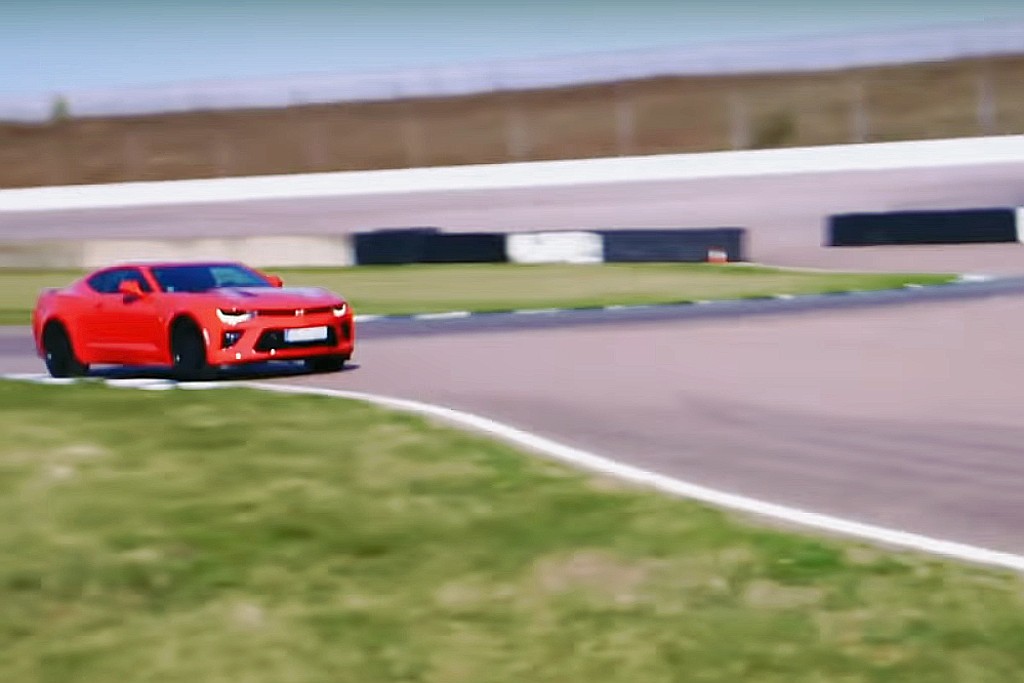 But enough about that. In an attempt to see which American pony car handles best, and if either of them is especially competent at taking a “British bend,” as Tiff calls them, he and Fifth Gear co-host Jason Plato organized a series of handling tests at Rockingham Motor Speedway – not to be confused with the U.S.’s own Rockingham Speedway in North Carolina. In the video above, they start off with a simple, homemade slalom before moving on to another two tests.

Curious to see whether the 2019 Chevy Camaro SS can beat the also-V8-powered Ford Mustang GT through the slalom? Watch the video above, and don’t forget to check back regularly for all the latest Chevy Camaro news.