Logano, Harvick, Kyle Busch and Martin Truex Jr. all had a shot at the title heading into Sunday’s EcoBoost400, with Logano widely thought to be the candidate that was least likely to take the title. Truex, Busch and Harvick had dominated all year – the three drivers racking up a combined 20 wins in 36 races this season, but they were unable to match Logano’s short-run speed late in the race and allowed the 28-year old to cruise to a comfortable victory under the lights.

“Man, you just — I’ve worked my whole life to get here, to get to the championship. I’ve been so close,” Logano told NASCAR post-race. “I spent 10 seasons fighting for this. I wasn’t sure we were going to get it, but, man, Todd made a good adjustment at the end, and it was a ‘no-quit’ attitude.” 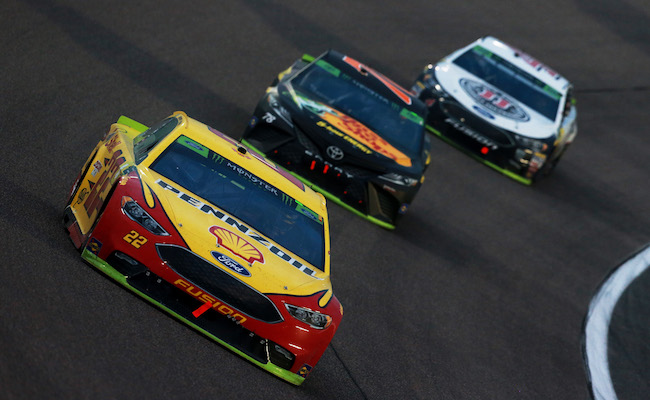 Harvick, the No. 4 Ford Fusion for Stewart-Haas Racing, won the first stage of the race and finished second in stage two, but didn’t appear to have the pace to match his three championship rivals once the sun went down in the third. The team made small adjustments to try and match their rivals, but were unable to find the speed needed to run with either the Ford of Logano or the Toyota of Truex.

“We didn’t make a lot of big changes, we made a lot of small changes, and the car was definitely better,” Harvick said. “But like I say, when it got dark, we just lost the rear grip and couldn’t get off the corner and was having trouble turning in the corner. Just the balance was really good until it was dark outside, and we just never could get the rear grip back to where we needed to, and I couldn’t take off.” 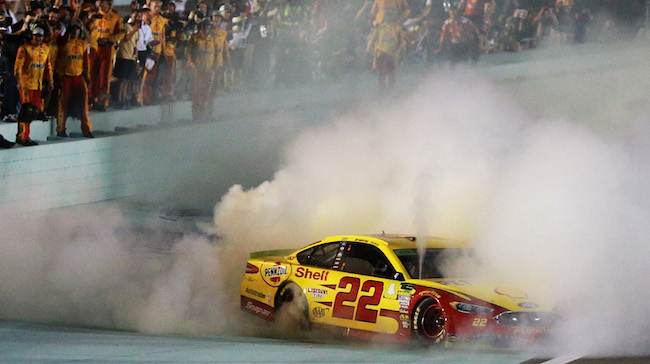 Logano passed Truex on Lap 256 of 276 after a brief battle for the lead and quickly gapped the defending champ. With Truex, Busch and Harvick unable to reel the Ford driver in, Logano was able to cruise to his first-ever Cup Series championship and give Team Penske its second NASCAR Cup Series team championship. Harvick was third overall, with Kyle Busch fourth and Logano’s Penske teammate Brad Keselowski fifth.

There wasn’t a single Chevrolet Camaro driver in the running after Chase Elliot was eliminated from the championship, finishing sixth in the Monster Energy Cup Series overall.

Edit: a previous version of this story incorrectly stated Kevin Harvick was driving a Chevrolet. The article has been updated to reflect that Stewart-Haas is now a Ford team.