With the 2018 IMSA WeatherTech SportsCar Championship over, Corvette Racing now has the freedom to turn its attention to other things, such as the FIA World Endurance Championship. That’s why the team is packing up and heading to China this month, to run one of its Chevrolet Corvette C7.R race cars (No. 64) at the 6 Hours of Shanghai.

Today, Chevrolet and Corvette Racing unveiled the flashy new livery that will be worn by the No. 64 car, which was designed to garner attention for Chevy’s Redline sub-brand in the Chinese market. We dare say it ought to succeed at that, boasting a sharp-looking, mostly silver color scheme with splashes of red and black.

The 2018 6 Hours of Shanghai will mark Corvette Racing’s first-ever race at the 16-turn, 3.4-mile Shanghai International Circuit, ringing in the official close to the factory outfit’s twentieth season of competition. The No. 64 Corvette C7.R will be driven at the event by Oliver Gavin and Tommy Milner – both drivers of the No. 4 C7.R during the IMSA SportsCar Campionship season, who placed third in the GTLM-class team standings this year. 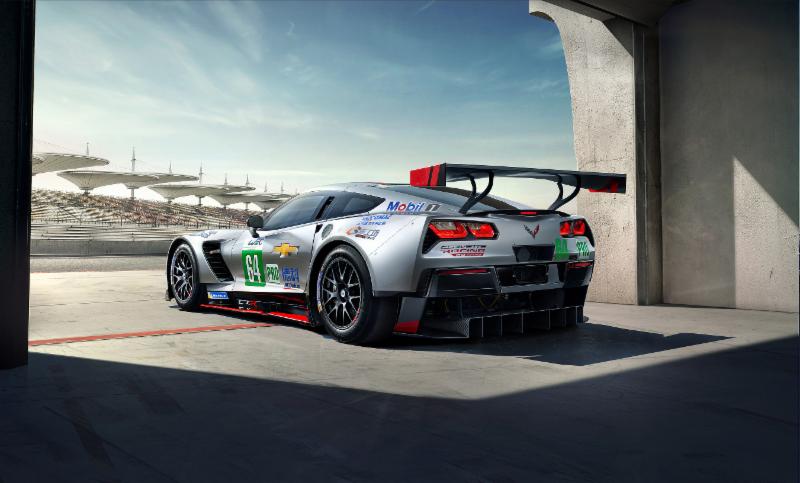 Gavin and Milner also managed to nab Corvette Racing’s only victory of the season, at Long Beach.

“I’ve driven three generations of Corvette – C5-R, C6.R and C7.R – all in yellow,” says Oliver Gavin. “To see it now in the Redline livery is fantastic. It’s cool, it’s new and it’s sharp. Certainly looking out over the hood for the first time when it’s silver and not yellow is something to get used to. To see the car in that silver Redline livery is fantastic. The crowd in Shanghai certainly will be taken aback by seeing a Corvette in the Redline livery! It’ll be great for us and great for the fans.”

The 6 Hours of Shanghai is the final race of the 2018 calendar year in the first-ever FIA World Endurance Championship Super Season, which spans from 2018 to 2019. It is scheduled to take place on Sunday, November 18th.

For the latest Corvette Racing news, stay tuned to GMAuthority.com.