Meet the Chevrolet FNR-CarryAll concept. Making its debut at the 2018 Guangzhou Motor Show as expected, it’s essentially the 2019 Blazer, but with a modified roof that allows for the inclusion of a third row.

Notably, we don’t have specifications for the two-row Chevrolet Blazer that will go on sale in the next couple of months, but we assume that the wheelbase is identical, while the overall length has increased. 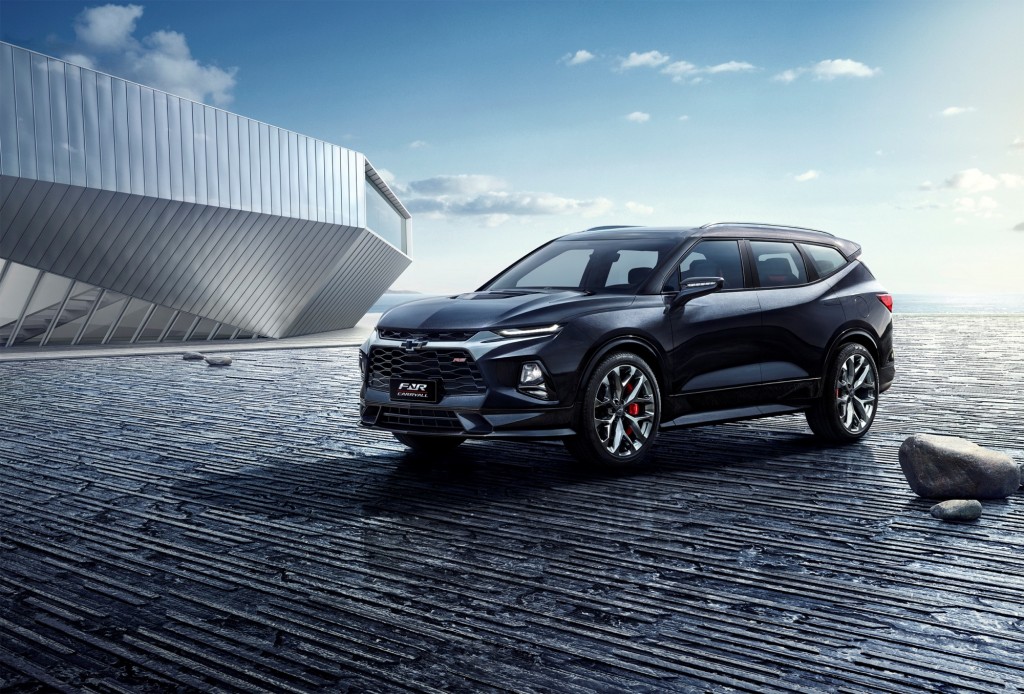 Chevrolet says that the FNR-CarryAll concept is “inspired by the legendary Camaro sports car” that “offers a reinterpretation of Chevrolet’s lean muscular styling and features the brand’s new-generation SUV design language, which contains both contemporary and expressive elements.” It’s also the third Chevy concept to receive the FNR designation.

On that note, Chevy also states that the concept “fully embodies the future development trend of Chevrolet SUVs, including their powerful capability, all-around comfort and advanced connectivity technology.”

The FNR-CarryAll is coated in a Pearl Black exterior with a bold front face and a “boomerang” D-pillar design. There’s also an air extractor integrated within the engine cover (hood).

The black interior has a 12-inch full-LCD dashboard, along with a 10-inch touchscreen center console and a touchscreen for second-row passengers.

The concept also features a panoramic sunroof with an integrated parametric pattern.

The FNR-CarryAll name of this concept model harkens back to Chevrolet’s first SUV in 1935 – the Suburban Carryall.