Besides an all-new Chevrolet Monza, the Bow Tie brand will also reveal an FNR-CarryAll Concept at the 2019 Guangzhou International Auto Show in China.

Not much information is current available about the FNR-CarryAll concept outside for what Chevy has shared so far, which is that the utility is inspired by the Camaro and that it presents the design direction of the brand’s future SUVs.

The brand also shared a preview of the concept’s front end, which seems to be exactly the same as that of the new Blazer. 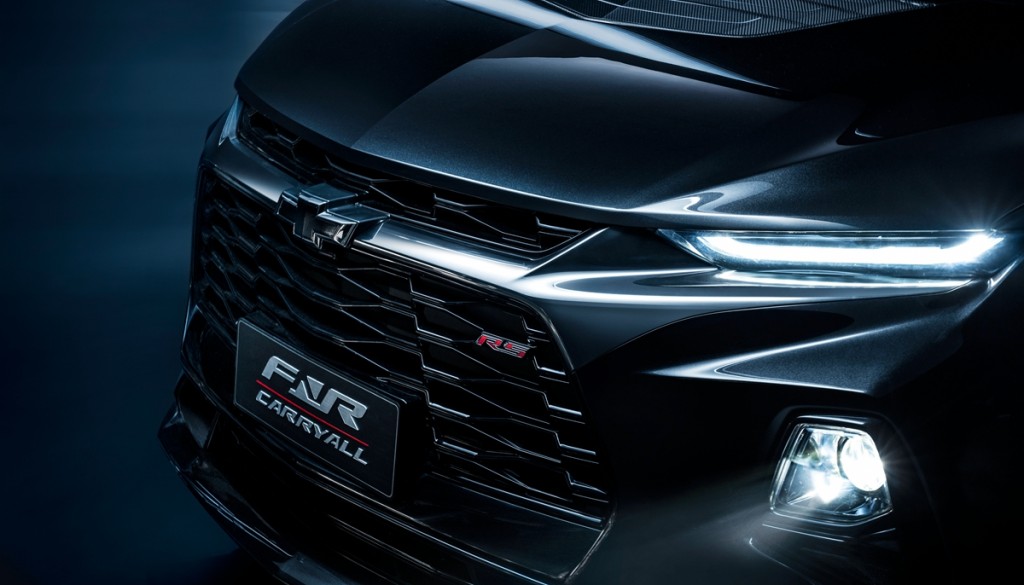 This suggests that the Chevrolet FNR-CarryAll Concept will foreshadow the new Blazer for the Chinese market. The crossover has yet to be presented or announced for China, though it is expected to be manufactured and marketed there in the near future.

An image released by Chevrolet shows that the FNR-CarryAll Concept is adorned in the sporty RS finish and has exactly the same front fascia of the new Blazer that will go on sale in North America in the next couple of months. The only exception is what appears to be some sort of an an extractor on the hood, which currently is not available on any model of the 2019 Chevrolet Blazer, even as an option or an accessory. 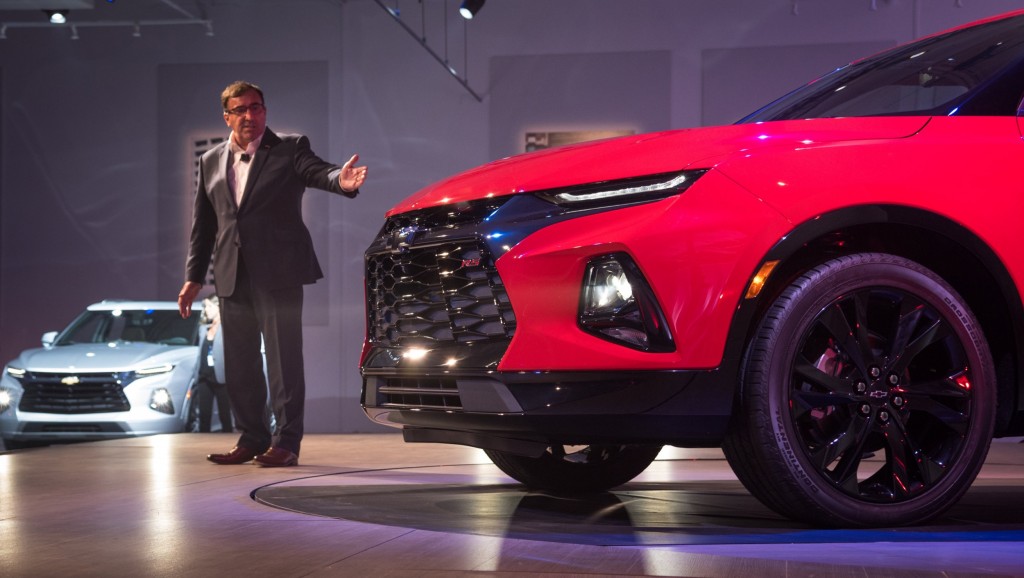 We’ll have to wait for Chevy’s presentation to know if the rest of the rest of the FNR-CarryAll Concept’s design will stick to the same Blazer format presented available in North America, or if the brand will adapt the model to the world’s largest automotive market.

It’s worth mentioning that the name of the new Chevy concept is composed of two words: FNR represents Chevrolet’s “Find New Roads” slogan, while CarryAll seems to be a nod to the Suburban CarryAll that was launched in 1933 as a trim level to Chevrolet’s longest-running nameplate.

The 2018 Guangzhou Auto Show runs from November 16th thru the 25th at the Import and Export Trade Fair Complex of China.

Stay tuned to GM Authority as we bring you the latest Chevrolet news and coverage of the Chevy FNR-CarryAll Concept.