Chevrolet has locked down its 23rd NHRA Manufacturers Cup, further extending its record as the most successful automaker in the history of the drag racing series.

The NHRA Manufacturers Cup is awarded to the automaker whose current model year vehicles accumulate the most points over the course of the NHRA Mello Yello Drag Racing Series and Lucas Oil Drag Racing Series seasons. Points towards the championship are awarded in the Funny Car, Pro Stock, Super Stock and Stock Eliminator classes. The series also awards points in the school of Automotive Machinists and Technology (SAM Tech) NHRA Factory Stock Showdown series.

“Competition in the NHRA is fierce,” Chevrolet motorsports director Mark Kent said in a statement. “At every NHRA event, drivers of Chevrolets in the Funny Car, Pro Stock, Super Stock and Stock classes compete for race wins and valuable manufacturer points. Chevrolet is very proud of their efforts and is truly honored to again receive the NHRA Manufacturers Cup.” 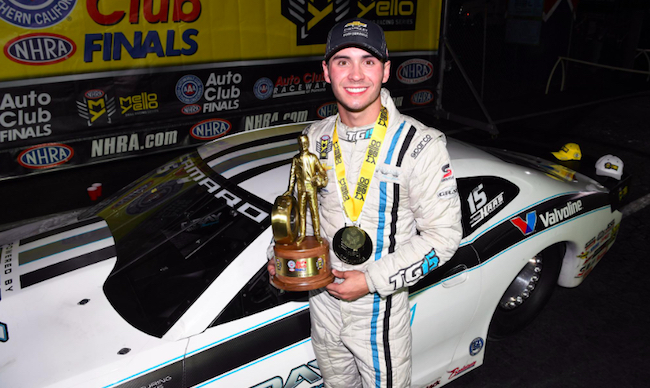 A highlight of Team Chevy’s NHRA season was seeing 19-year old Tanner Gray take the Pro Stock title in his ray Motorsports/Valvoline Chevrolet Camaro SS. He won eight races on the way to the championship – the most of any Pro Stock class driver in 2018. The achievement makes Gray the youngest ever Pro Stock champion and Kent says the General Motors team is “proud that he accomplished this behind the wheel of a Chevrolet Camaro SS.” 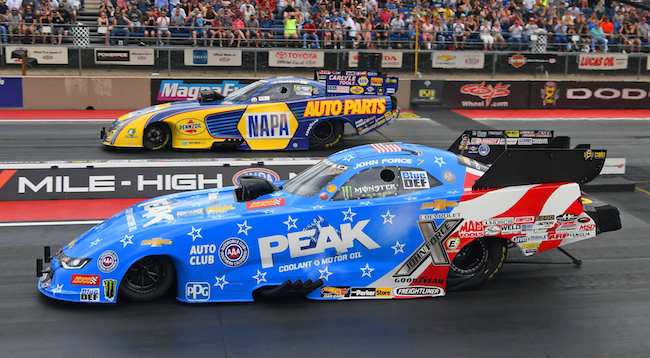 Chevy also took the Super Stock championship after Justin Lamb won the category in his 2010 Chevrolet Cobalt SS. The always entertaining Stock Eliminator class was also won by Brian McClanahan in his 1969 Camaro.

While it didn’t contribute to any points, Brittany Force chalked up a single win at Houston in 2018 and was the No. 1 qualifier twice in her Chevrolet-powered Top Fuel dragster.

Team Chevy will return to try and take its 24th NHRA Manufacturers Cup title when the 2019 NHRA season gets underway in February.