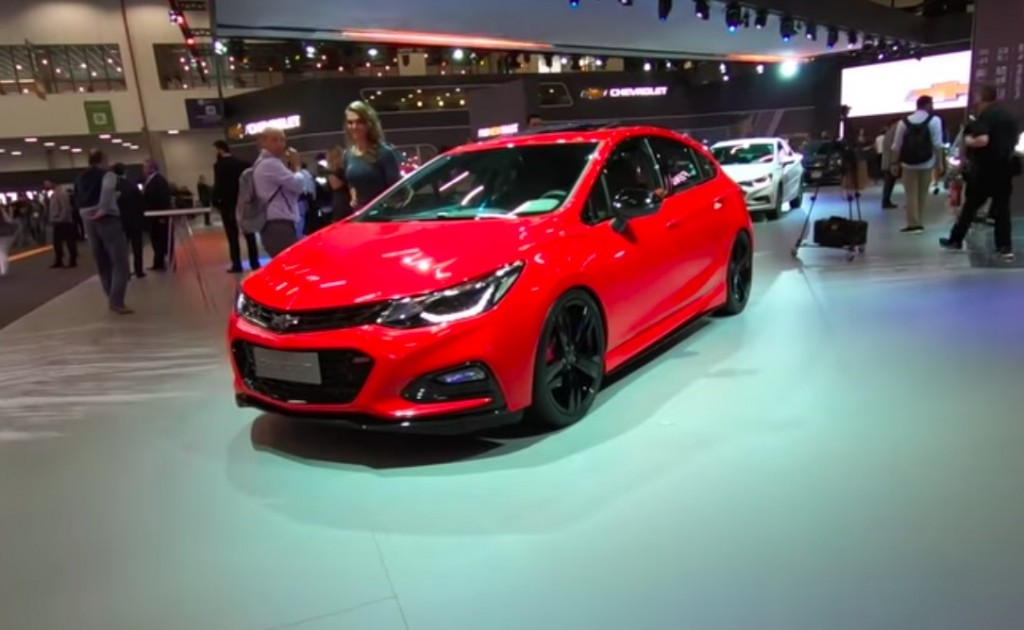 As pony cars continue to increase in price, buyers have resorted to more utilitarian ways to get a thrill. The hot hatch market in North America enjoys healthy offerings, with entries from Ford, Hyundai, and Volkswagen. Their performance combined with their five-door practicality make them ideal for buyers with just enough change for a single car, and seem to appeal to all ages. Chevrolet hasn’t quite put this together yet. At least, not for the North American market.

The Sao Paulo Motor Show is going on right now in Brazil, and Chevrolet delivered a slew of product releases, including the rollout of the Bolt EV in the market, and 4G LTE vehicle wifi. A Chevrolet Cruze SS “Concept” was also there – although the brand’s Brazilian media site has yet to release any photography of the vehicle. Thanks to an attendee of the Sao Paulo Motor Show, we get our first glimpse of the Chevrolet Cruze SS hot hatch. 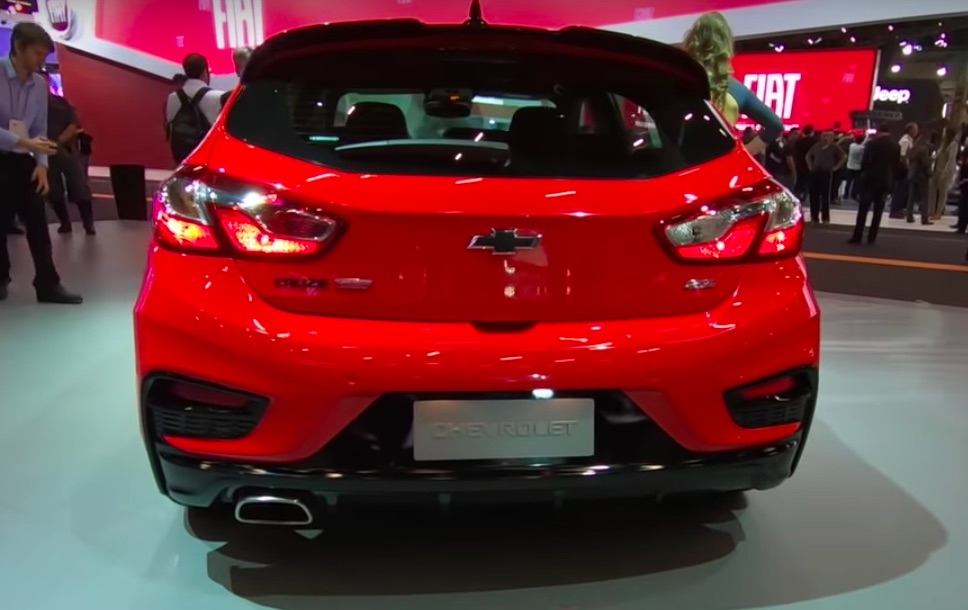 The Chevrolet Cruze SS hatchback has its 1.4-liter engine equipped with a “high-performance package,” which delivers an output of 295 hp (220 kW / 300 PS). While no specifics have been given, it’s likely that this stems mostly from an increase in turbocharger boost pressure. For reference, the 2019 Chevrolet Cruze Hatchback delivers a pedestrian 153 hp and 177 lb-ft of torque, and it might be better off electric. 0-60 times of the Cruze SS have not been specified.

Appearance wise, the Chevrolet Cruze SS concept has a front lip spoiler, black accents and oversized 20-inch wheels. The video also shows black bowtie emblems, red brake calipers, and new rear spoiler. It’s otherwise unremarkably indistinguishable from any other Chevrolet Cruze hatchback. The interior of the Chevrolet Cruze SS features bolstered racing seats with Sparco harnesses, metal driving pedals and a JBL audio system with a massive subwoofer. It’s almost as if it was meant for the 2018 SEMA show, but got on the wrong truck.

As GM outwardly plans an “all electric future,” it’s likely we’ll never get to see a gasoline-powered hot hatchback from Chevrolet in the North American market, ever. 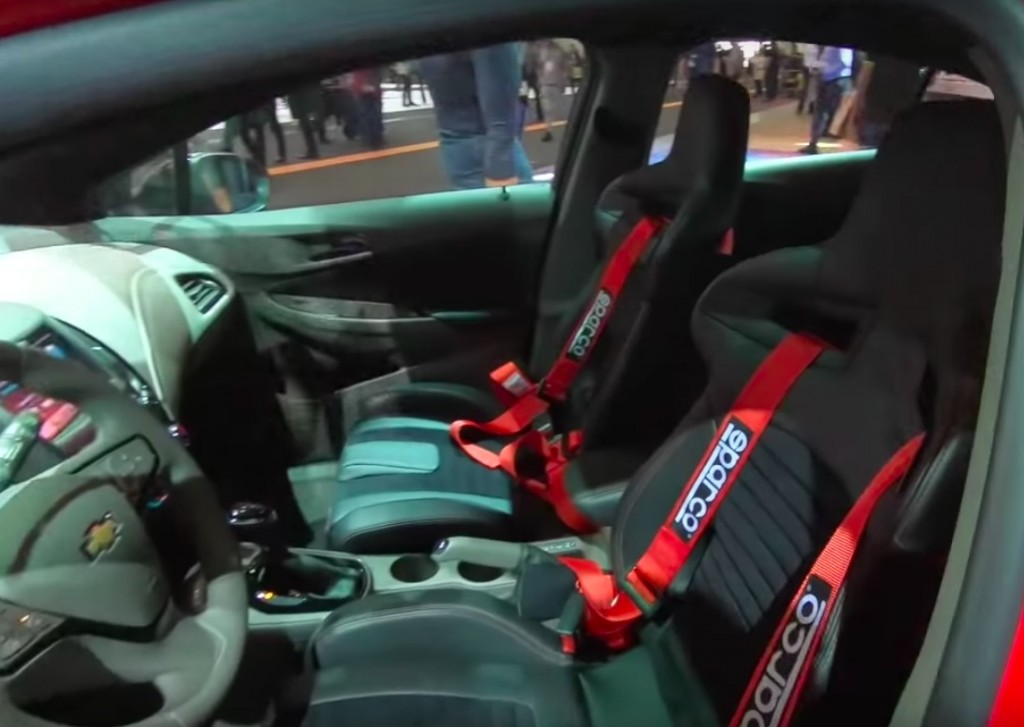