Canadian Prime Minister Justin Trudeau has responded to General Motors‘ decision to close its assembly plant in Oshawa, Ontario in 2019.

The liberal head of state tweeted his support for the 2,800 workers at GM’s Oshawa Assembly plant today, pledging to do what he could to help the families affected by the closure. He also said he spoke to GM CEO Mary Barra about the matter on the Sunday and expressed his disappointment in her company’s decision to cease its manufacturing operations in the city.

I had a good call with Premier Ford today – we’re united in support for workers in Oshawa, and we’ll work together to do everything we can to help the people and communities affected.

Despite Trudeau’s efforts, it seems unlikely that he’ll be able to change GM’s mind. The decision to shutter the Oshawa facility is part of a large restructuring at the company that will also see it close plants in Lordstown, Ohio and Hamtramck, Michigan. These closures will spell the end of the Chevrolet Cruze, Impala, and Volt, along with the Cadillac CT6 and XTS and the Buick LaCrosse. Further closures are set for two US transmission plants and two other plants outside of North America, helping to save the company $6 billion by 2020. The automaker plans to sink more funds into its electric and autonomous vehicle efforts going forward. 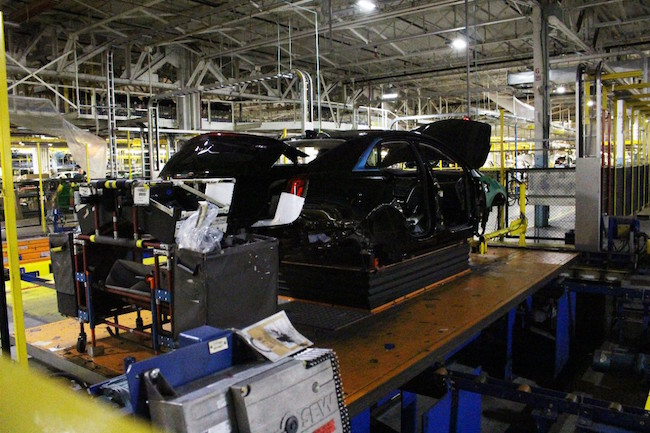 Ontario Premier Doug Ford was pressed by the NDP in the Canadian legislature today, the social democratic party criticizing him for not doing enough about the plant closure. His response painted a grim outlook of the situation for those in Oshawa, with the premier saying GM refused to go back on its decision.

“They’re gone. They’re done,” Ford said of the automaker. “They told me straight up there’s nothing we can do.”

Workers at the Oshawa site walked off the job today after news of the plant’s future surfaced. Unifor, the union representing them, refused to accept GM’s decision and demanded the automaker adhere to the terms of the contract it ratified in 2016, which prevented GM from closing the site earlier than September 2020.