The Chevy Aveo – sold as the Chevy Sonic here in the U.S. and Canada and, until recently, as the Holden Barina in Australia – isn’t quite a hot commodity these days. In many developed markets, it stands out as a seemingly wrong-sized vehicle on streets that are increasingly populated by tall, high-riding trucks, crossovers, and SUVs. That might help explain why it’s been dropped in Australia, and why U.S. sales are down nearly 26% for the first three quarters of the year to just 17,848 units.

Nor is the Chevy Aveo especially hot right now in South Korea – the very GM division that led development of the current second-generation model – but its slipping sales don’t seem to have any bearing on whether or not the car will be discontinued. Indeed, while we recently got confirmation that the compact Chevy Cruze, Orlando, and Captiva have all been discontinued in the Korean market, the subcompact Chevy Aveo keeps on chugging.

There may even be a refresh in the works, if some recently-acquired spy shots are anything to go off of. 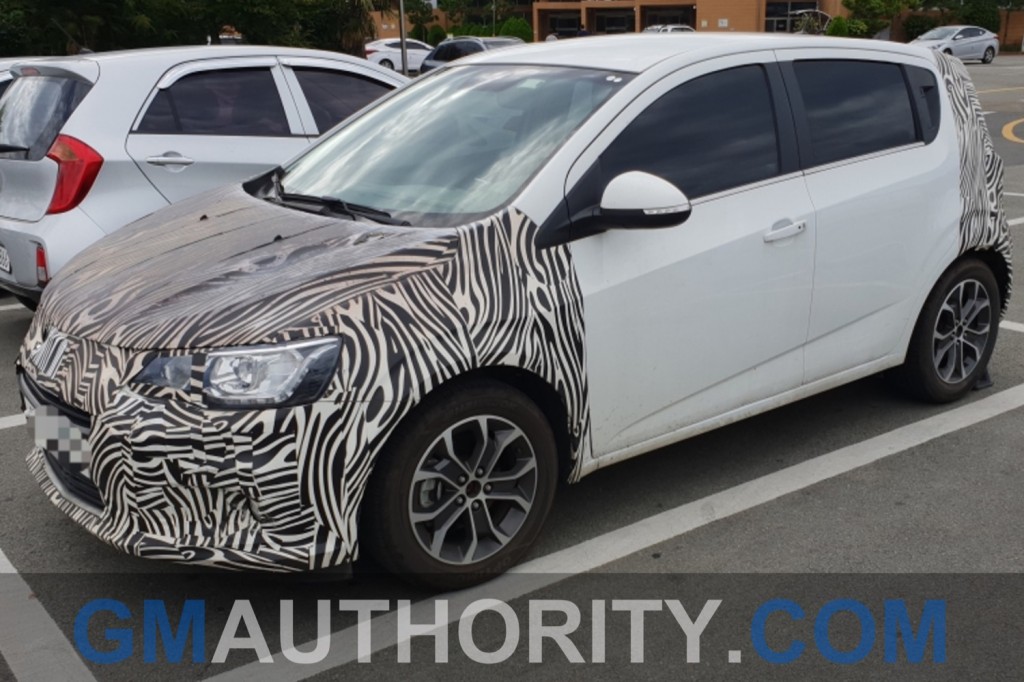 Spotted in South Korea, this Chevy Aveo is wearing some light camouflage on the front and rear. The zebra-like pattern is a bit different from what we’re used to seeing on prototypes here in the U.S., but it’s definitely OEM-applied camouflage all the same.

Where the camouflage is applied is consistent with a mild refresh rather than a total, ground-up redesign. Were it an all-new Chevy Aveo, we’d expect more coverage and some plain black cladding to better mask the car’s shape, as most or all of the body stampings would be brand-new.

So, we can (tentatively) deduce that the Chevy Aveo will soon go under the scalpel, and re-emerge with tweaked front- and rear-end design – at least in the Korean market. Whether the same changes might make their way to the U.S.-market Chevy Sonic is a mystery. 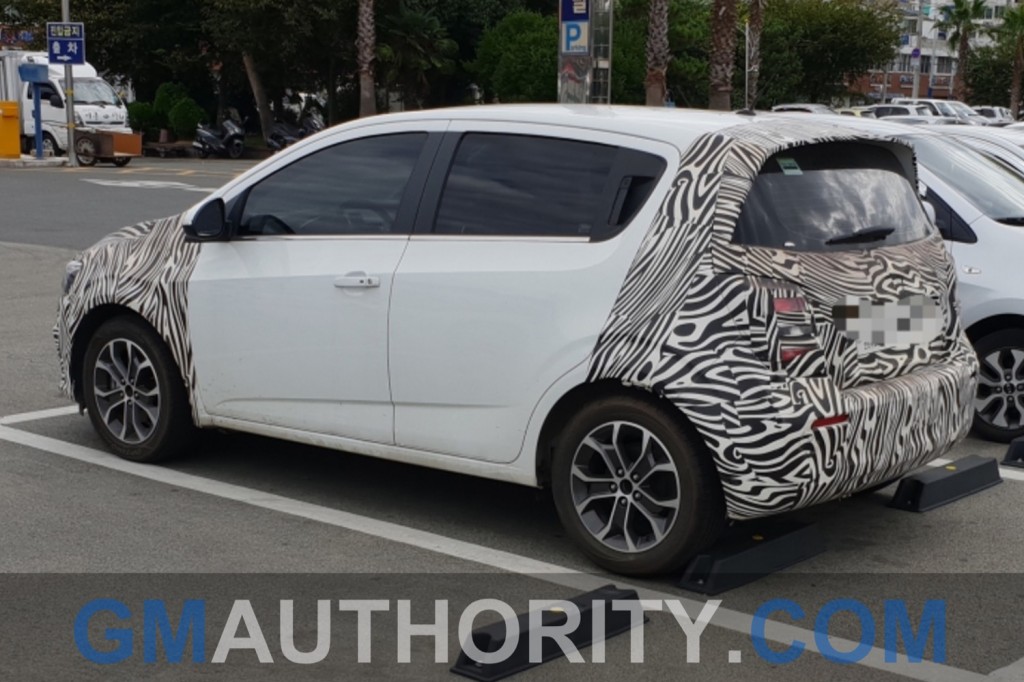 The current, second-generation Chevy Aveo entered production in 2011 as a 2012 model. It receive a mid-cycle refresh for 2017. 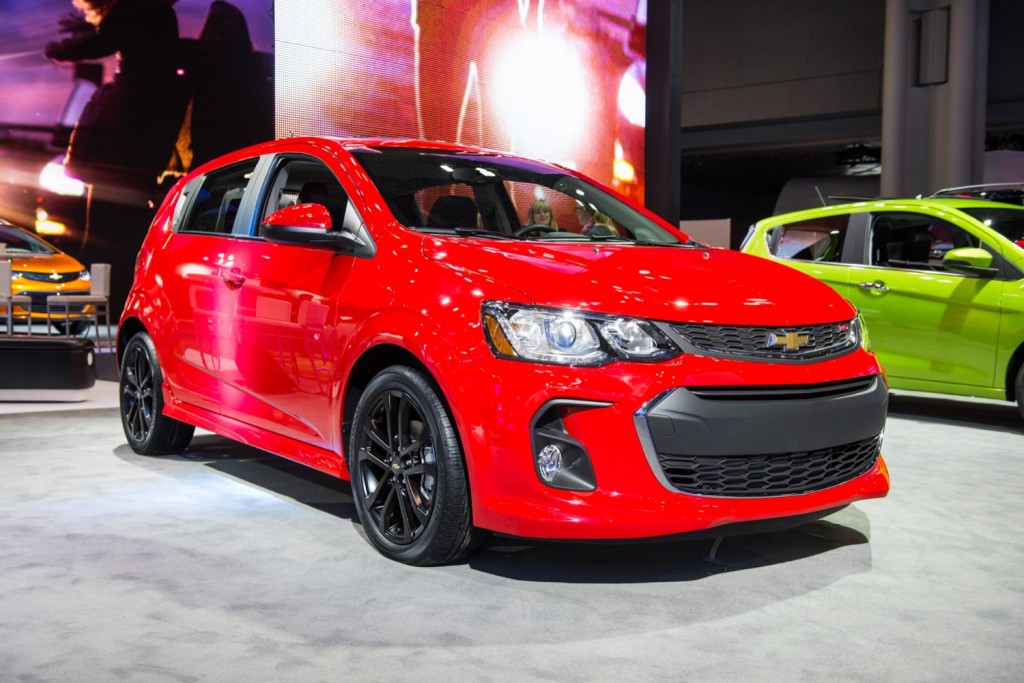