We’ve already seen Chevy’s upcoming 2020 Silverado HD undergoing testing on multiple occasions, but today we have our best look yet at the upcoming big rig, which just dropped its bulky vinyl camo in favor of a tight graphic wrap. This final testing phase reveals much more about the new heavy duty trucks.

Up front, we get our best look yet at the new headlight design and LED signature. As the photo below shows, the headlights of the 2020 Silverado HD will be comprised of two levels, both with corresponding vertical and horizontal strips. We also see (for the first time) an amber turn signal activated on the driver’s side of the truck. Meanwhile, the pictures also reveal an air intake on the hood that seems to be an evolution of the intake introduced on the 2017 Silverado HD. 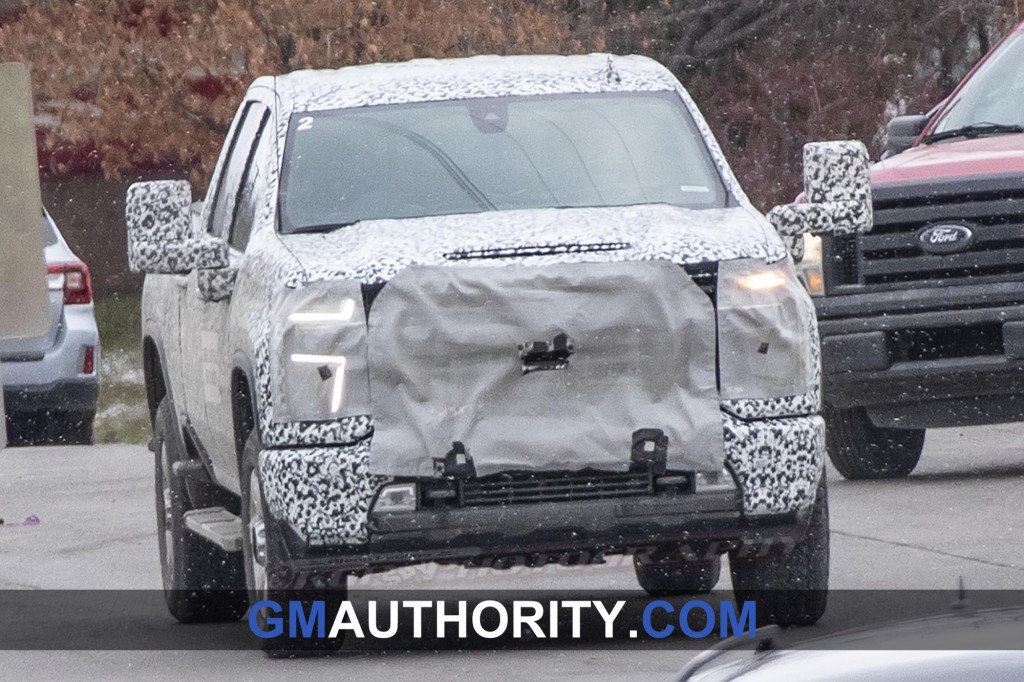 Elements of the grille are also peaking through the camo, which continues to obfuscate the final design. Even so, we have a pretty good idea of how the front end will look thanks to the teaser image Chevy shared earlier this year. At least some models will feature a rather expressive, lettered Chevrolet grille.

We also see another feature – a new side step integrated into the box just ahead of the rear wheels, which should make it easer to access the bed from the side of the truck. GM Authority was first to spot this feature months ago, even when the 2020 Silverado HD prototypes were clad in heavy vinyl camo.

With steps integrated into the rear end as part of the CornerStep rear bumper feature and the class-exclusive side access step, the 2020 Silverado HD will have quite an accessible bed. 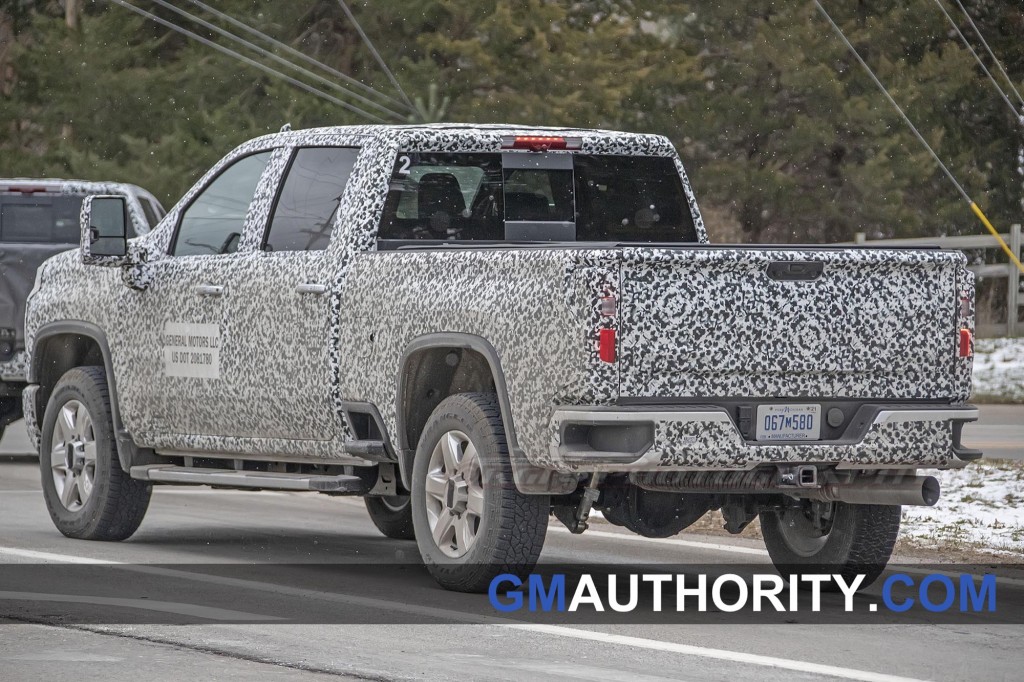 Other notable elements include the wheel wells – which, like the 2019 Silverado 1500 – are no longer squared off. In addition, the cab now appears to have a more upright shape.

Expect the 2020 Silverado HD to be revealed and launched sometime in the 2019 calendar year.