Just a few days ago, we spied the 2020 Silverado HD undergoing testing with minimal camo. And now, we have gotten our hands on equally-revealing spy pictures of the 2020 GMC Sierra HD as it was undergoing testing on public Michigan roads, swapping the heavy vinyl camo in favor of a tight-fitting body wrap.

The shots show the range-topping Sierra Denali and reveal its front end design, including the headlight and grille treatments as being highly similar to its 2019 Sierra 1500 light-duty brother. 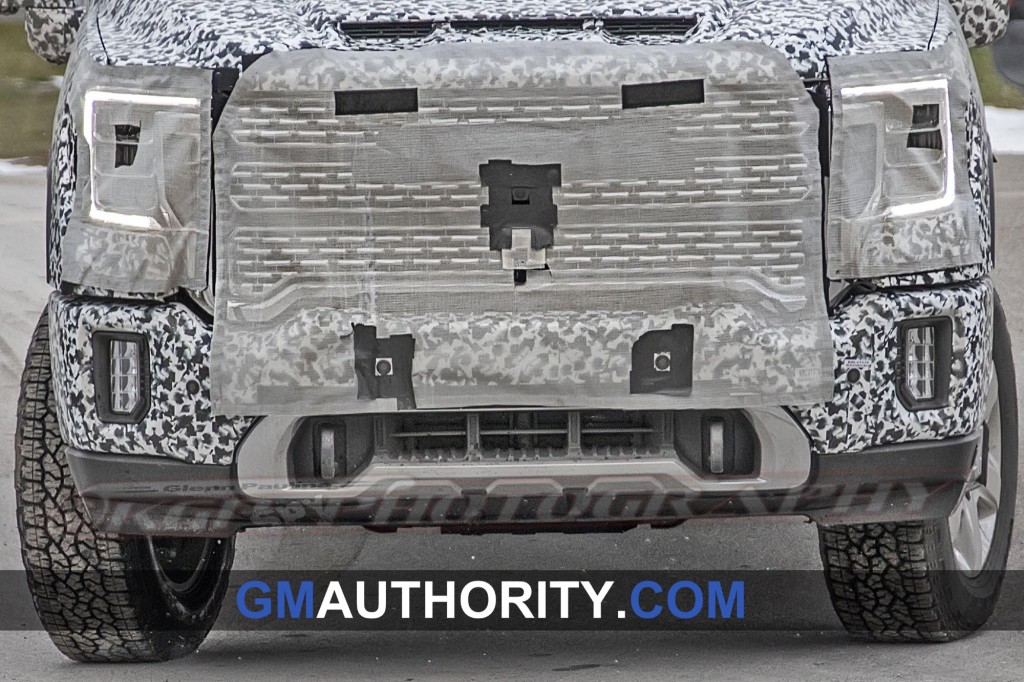 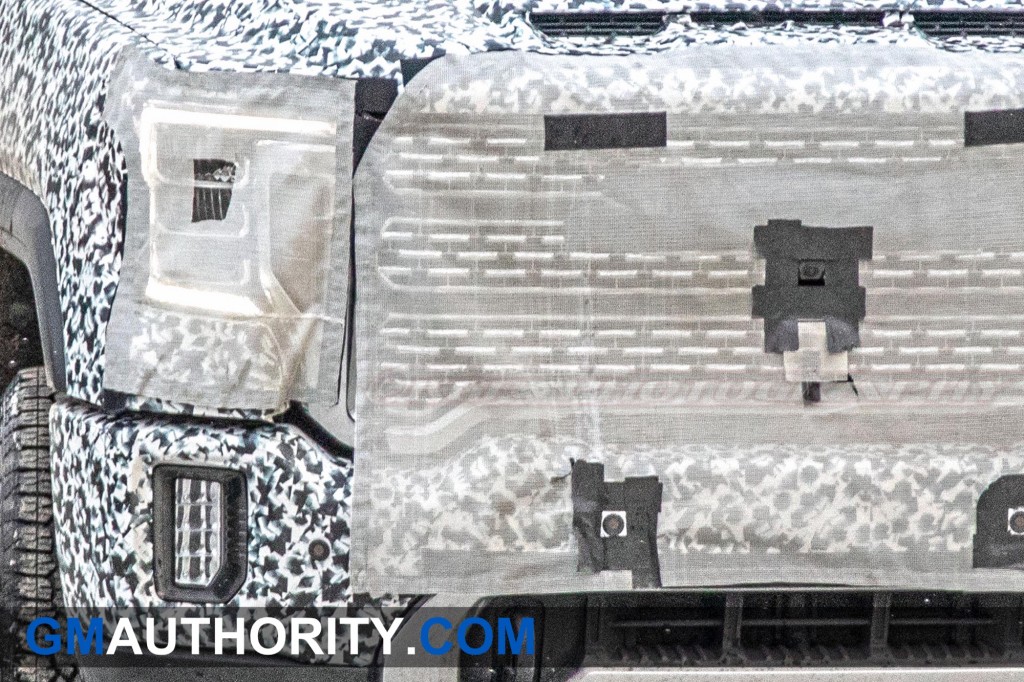 Specifically, the 2020 Sierra HD has similar C-shaped lighting signatures within a full-LED primary headlight cluster. The LED fog lights – mounted below – are nearly identical to the units on the new Sierra 1500. There’s also a large chrome grille separating the headlights. That said, all of these elements seem bolder and chunkier than the ones on the 2019 Sierra 1500.

Also take note of the horizontal front air intake mounted on the hood. The functional intake was introduced for the 2017 Sierra HD as a way to help the new 6.6L Duramax L5P motor breathe better. 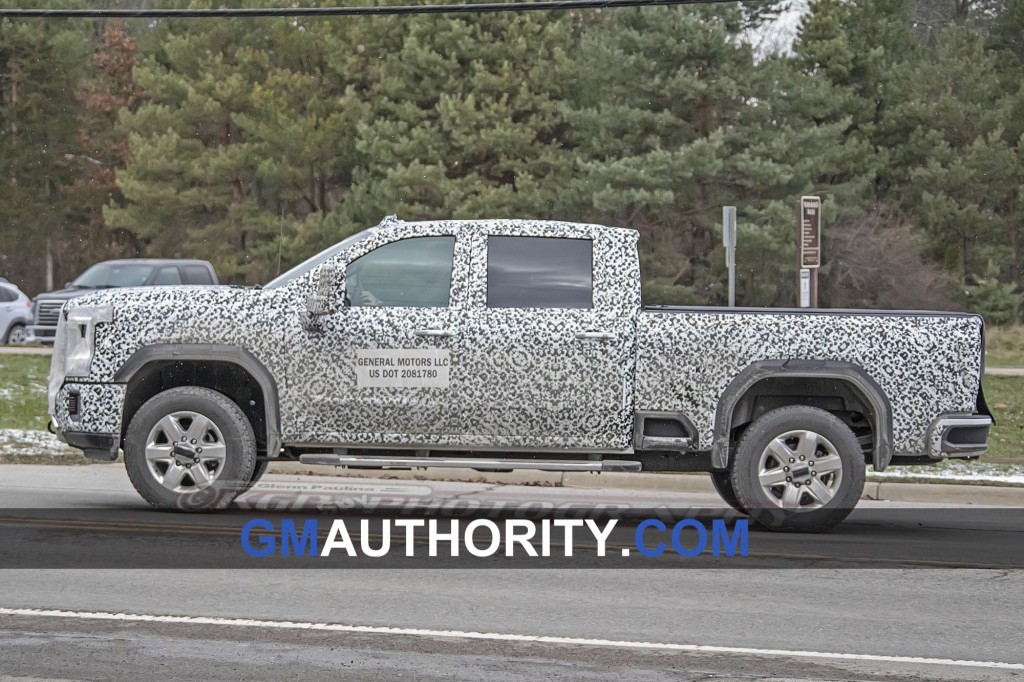 In addition, the cab has a bolder, more upright shape than the current K2-based models. Meanwhile, the box gets an integrated bed step just behind the cab (aft of the rear wheel). GM Authority was first to spotlight the feature before the trucks dropped their heavy vinyl wrappings. 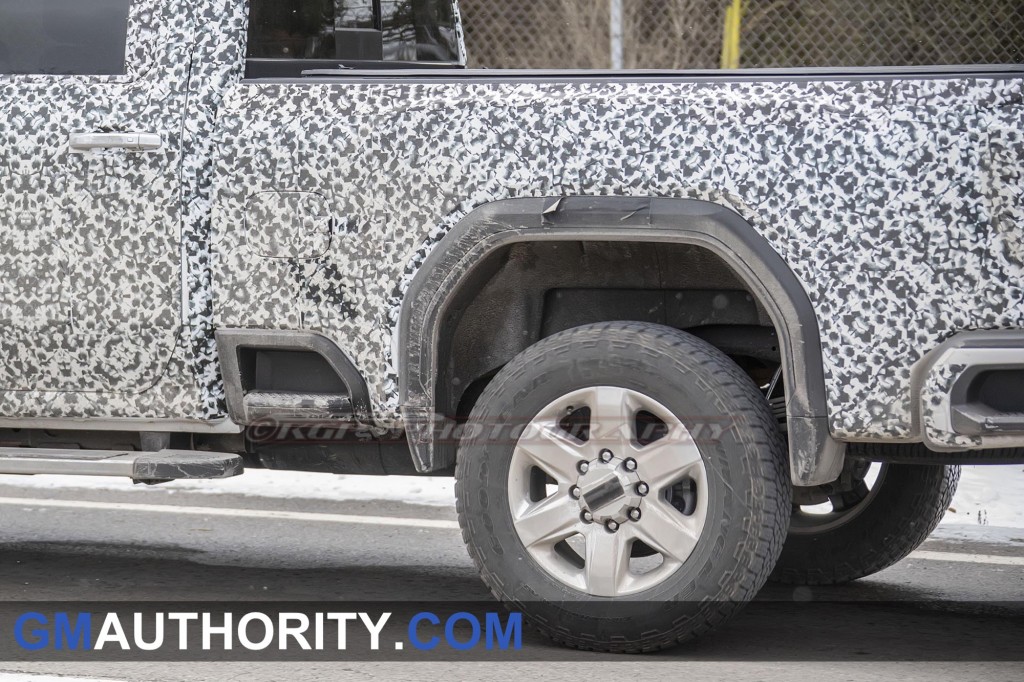 Also take note of the unique shape of the wheel wells, which are nearly identical to the units found on the 2019 Sierra 1500. The new-generation, T1 platform Silverado features round wheel-wells. 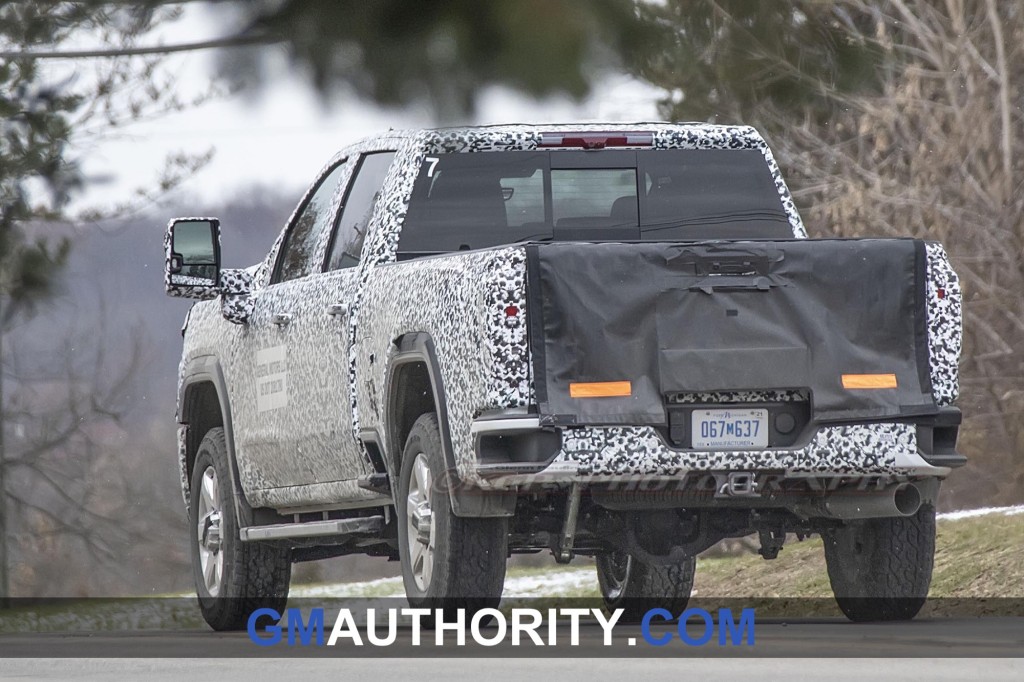 The rear end of this 2020 Sierra HD prototype is wearing a bit more camouflage than its corporate Chevy cousin, with a vinyl cover draped over the tailgate. That’s likely because it will feature a variant of GMC’s new MultiPro tailgate that’s currently unique to the 2019 GMC Sierra 1500. 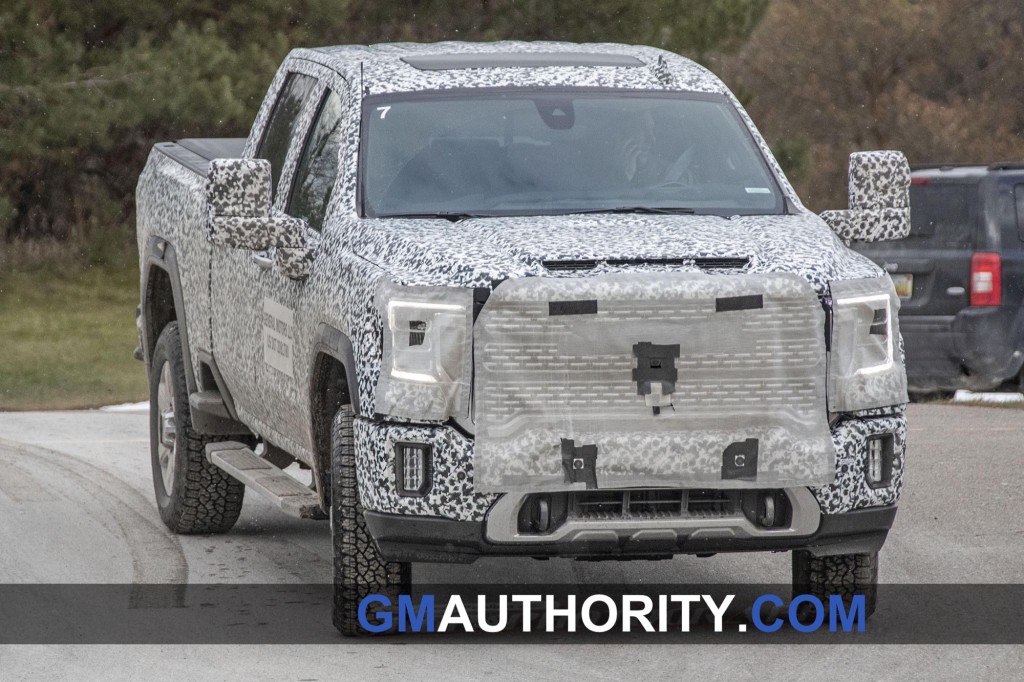 Expect the all-new 2020 GMC Sierra HD to launch some time in the 2019 calendar year. The range is expected to consist of the base SL model, the mid-range SLE and SLT, along with the range-topping Denali and off-road-oriented Sierra AT4 HD. We expect the new GMC big boys to continue using the 6.6L Duramax L5P V8 engine while introducing a new Small Block, high-displacement V8 gasoline motor as the base powerplant. An all-new transmission range is also expected to make an appearance.