General Motors’ two new full-size trucks are in the hunt for one of the industry’s most prominent form of bragging rights. Like the 2019 Chevrolet Silverado, the 2019 GMC Sierra is also a Motor Trend Truck of the Year contender.

While it appears the 2019 Silverado may not be in the running for the prestigious award due to some unfavorable language, it sounds like the Sierra could have a shot. Both the Silverado and Sierra face stiff competition from the Ford F-150 and Ram 1500.

MT judges liked the fancy-shmancy Multi Pro tailgate, the Sierra’s design and handling chops. But, like many of us, judges found it still far too similar to the Silverado. The truck’s value was also a question. 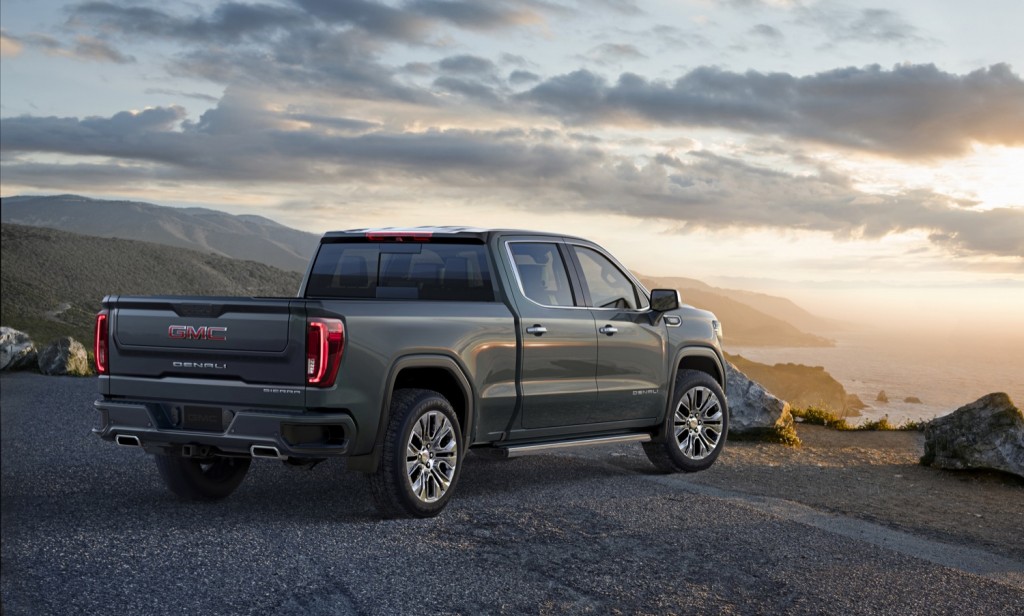 The 2019 GMC Sierra lacked a number of more premium features found on the Ram 1500 Limited for the same price, which isn’t chump change. Notably, the Sierra lacked adaptive cruise control. MT’s testers also weren’t fitted with the exclusive carbon-fiber bed. At $65,000, the price-as-tested was somewhat of a disappointment inside the truck. A sea of black paled in comparison to the Ram, and once again, judges lamented the fact the Denali’s interior was basically identical to the $45,000 Silverado.

“Why can’t GMC shake loose a couple bucks to actually differentiate the Sierra Denali from the rest of the Sierra lineup, let alone the Silverado?” one judge questioned.

Indeed, both trucks’ interiors have been subject to harsh criticism for looking nearly carry-over from the previous-generation models. A shame since they drive extraordinarily better, and we happen to like the exterior design.

We have a feeling judges have already zeroed in on the winner, that being the Ram 1500. But, we won’t know for sure until the winner is announced in the weeks to come.