Chevy gave its sixth-generation Camaro a midcycle refresh for the 2019 model year, consisting of the introduction of several new in-vehicle technologies along with various exterior styling updates. But between the different models in the 2019 Camaro lineup, it can be a bit confusing to tell which model is which, and to figure out which one you like the most from an appearance standpoint. So we set out to compare all 2019 Camaro models via this visual comparison guide.

The 2019 Camaro is offered in seven trim levels and three packages that change its appearance, from base to range-topping: 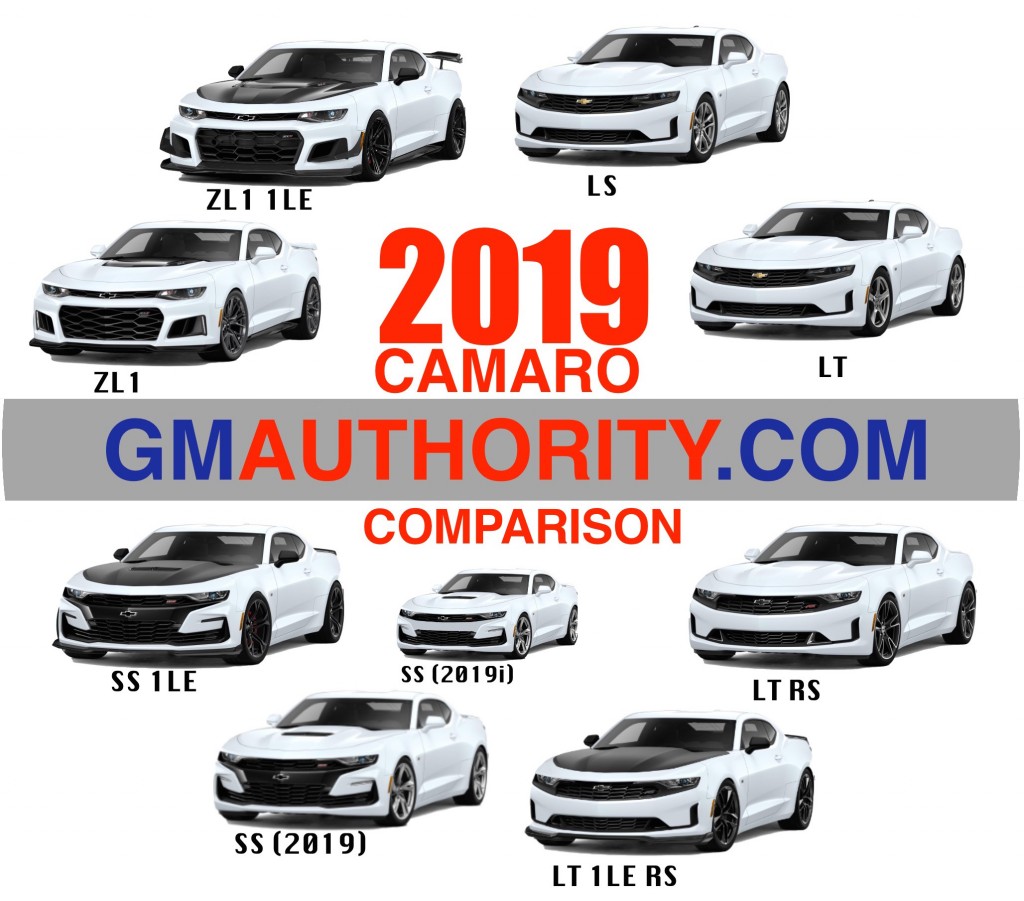 The 2019 Camaro lineup features seven front fascias along with an additional one for the 2019i (2019 interim) model year as a rushed update to the SS range to address criticism of the original facelift. The components at play that make the fascias unique are the actual front fascia, grilles, the color of the Chevy logo, lighting elements and design, splitter, hood color and extractors, as well as the color of the mirror caps. 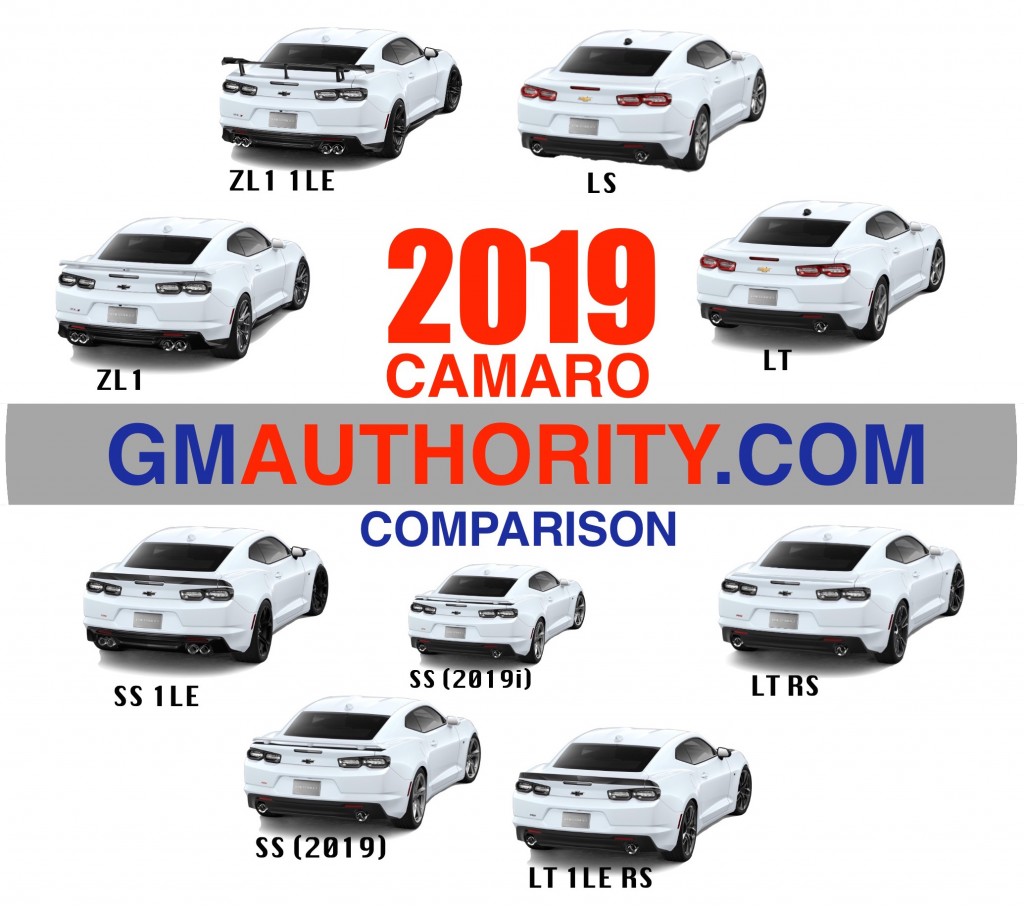 The 2019 Camaro lineup is offered in six rear fascias. The components that make up the rear end include the tail lights and CHMSL color, spoilers, the color of the Chevy logo, the exhaust outlets, the insert on the lower rear fascia, as well as the roof-mounted communications fin (antenna). Notably, the 2019 and 2019i SS models feature identical rear ends.