Pre-war era luxury automobiles are unlike anything else. There was a carefree opulence about them with an excessive amount of chrome, and usually a high cylinder count. They are intricately ornate, pushing the boundaries of automotive luxury at the time, and one of the finest examples of this is  era is the 1930 Cadillac V-16 Sport Phaeton by Fleetwood. Talk about a name that oozes with old money luxury.

There’s a reason the Classic Car Club of America gives all Cadillac V-16s the coveted “CCCA Full Classics” grade, according to AutoClassics.com. The car is legendary, proving more reliable than other luxury land yachts of the time. Reliability is excellent, but the beast under the hood is what’s most remarkable.

The Cadillac V-16 gets its name from the massive 7.4-liter V16 engine under the hood. That’s an enormous engine. It produced a potent 175 horsepower and 318 pound-feet of torque when new. Compared to today’s modern cars, the 1930’s V16 engine output compares to a four cylinder diesel; however, for time, that was supercar-levels of performance. 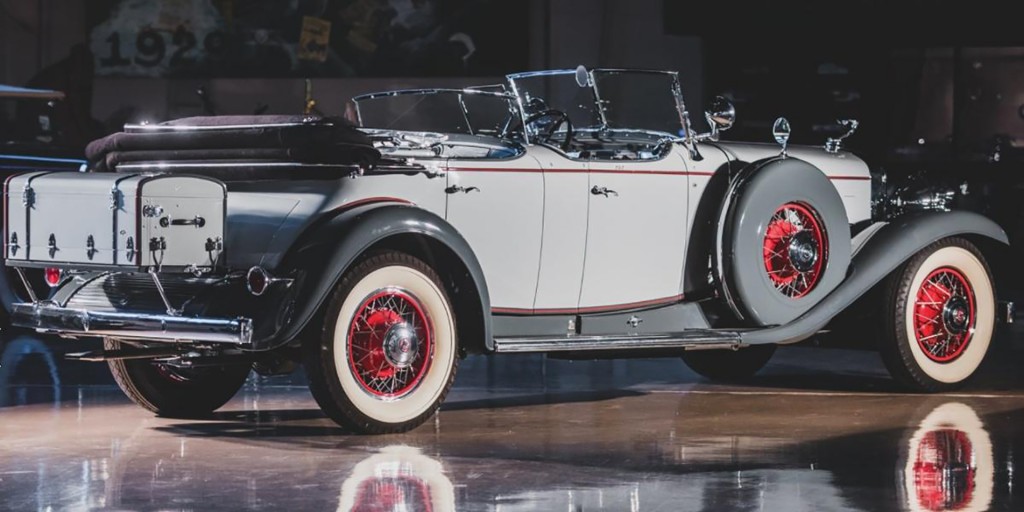 Top speed was a claimed 90 miles per hour; however, hitting 100 mph wasn’t uncommon with a few modifications and nerves of steel. It returned just eight miles per gallon. Other cars produced then operated with as little as 25 hp, struggling to crack even 60 mph driving downhill with a tailwind.

This example is set to roll across the auction block next year at RM Sotheby’s Arizona sale. Right now, little is known about this specific model. A gander at the listing page shows little information other than noting the Cadillac will be offered without reserve, so when the hammer drops that’s the price it’s selling for. That could change between now and the Arizona auction.

Until then, it’s best to start saving now. This Cadillac looks to be in pristine condition, and it when it does roll across the auction block it won’t go for cheap.