The world’s second-largest automaker by volume, Toyota dominates General Motors in most every vehicle segment with the exception of full-size pickup trucks, and full-size SUVs. When it comes to rugged, ladder-frame vehicles, it seems, buyers simply trust America’s Big Three more than than they do a Japanese carmaker; for everything else, Toyota’s penchant for reasonable sticker prices and its legendary reputation for reliability will do.

Now, there’s a category outside of trucks and truck-based SUVs in which General Motors might score a significant win over Toyota: midsize crossovers. That’s because, where the 2019 Chevrolet Blazer is well-positioned to perform quite well in the segment, Toyota pulled the plug on its own midsize Venza crossover after the 2015 model year, citing shifts in consumer preference, steep competition in the segment, and declining North American sales. Case in point: where the Toyota Venza peaked at over 54k U.S. sales during 2009, its first full year of sales, it quickly dropped below 30k by 2014, and a mid-cycle refresh for 2013 did little to reverse its downward trajectory.

More minivan-looking in appearance than most, the Toyota Venza was a midsize unibody crossover with standard front-wheel or available all-wheel drive, a standard six-speed automatic transmission, and a choice of either a 2.7L I4 or a 3.5L V6. Equipped with the four-cylinder, the Venza was capable of a respectable 29 mpg on the highway, and at $25,975, the starting MSRP was pretty reasonable, albeit perhaps a tad steep for a market still covering from the effects of a devastating recession. 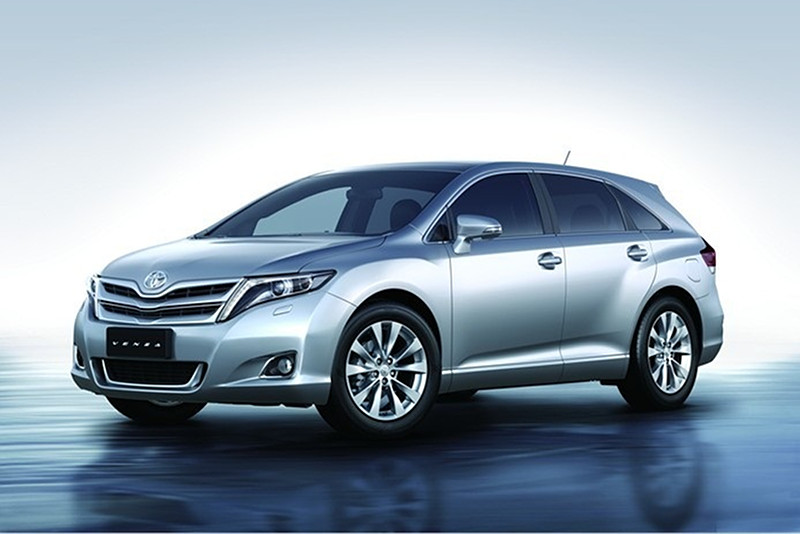 The all-new, 2019 Chevrolet Blazer has about the same starting MSRP as the Venza had, once inflation is accounted for, costing $29,995 with destination – about $25,500 in 2009 dollars. Yet despite the close proximity in price tag, we believe the Chevrolet Blazer could thrive where the Toyota struggled. For one thing, the crossover craze is at more of a fever pitch than at any prior point in history, meaning the market has more room than ever before for brand-new entrants – even though there is a bit of redundancy between the Blazer and the Traverse.

And for another, the new CUV’s name – “Blazer” – is a callback to the beloved, rugged body-on-frame Chevrolet Blazers of yore, and nostalgia is hot right now. While there are surely plenty of diehard truck fans that are disappointed to see the name pulled out of retirement in order to adorn a unibody vehicle, they’re likely in the minority. Plus, whatever the 2019 Chevrolet Blazer’s unibody construction surrenders in off-roadability should be made up for by the new model’s fuel economy and comfortable, car-like ride.

Add to that the Blazer’s aggressive, sporty styling, and perhaps you start to see how the new Blazer might be in a position to take flight once it hits showrooms early next year.