The 2018 Monster Energy NASCAR Cup Playoffs had its first round of eliminations, the field narrowing from 16 to 12 drivers, after last weekend’s Bank of America Roval 400 at Charlotte Motor Speedway. “Roval” is a portmanteau of “road” and “oval”, as the Charlotte Motor Speedway configuration run on Sunday was made up of a section of oval track, with segments of a more complicated road course located within the infield. The race represented the NASCAR Cup Series’ first use of a road course outside the regular season.

Austin Dillon had a particularly trying race at Charlotte, being eliminated after wrecking on Lap 65. He started the 2018 Monster Energy NASCAR Cup season on the highest possible note, winning the season-opening Daytona 500.

“This is a crazy race,” he told NBC after his crash. “I was having a good run and the No. 37 [Chevrolet of Chris Buescher]… flicked the wheel right in the middle of the corner, and when he did, I checked and smacked the outside wall and just couldn’t save it. I should have just been more patient and waited for more attrition to go out.” 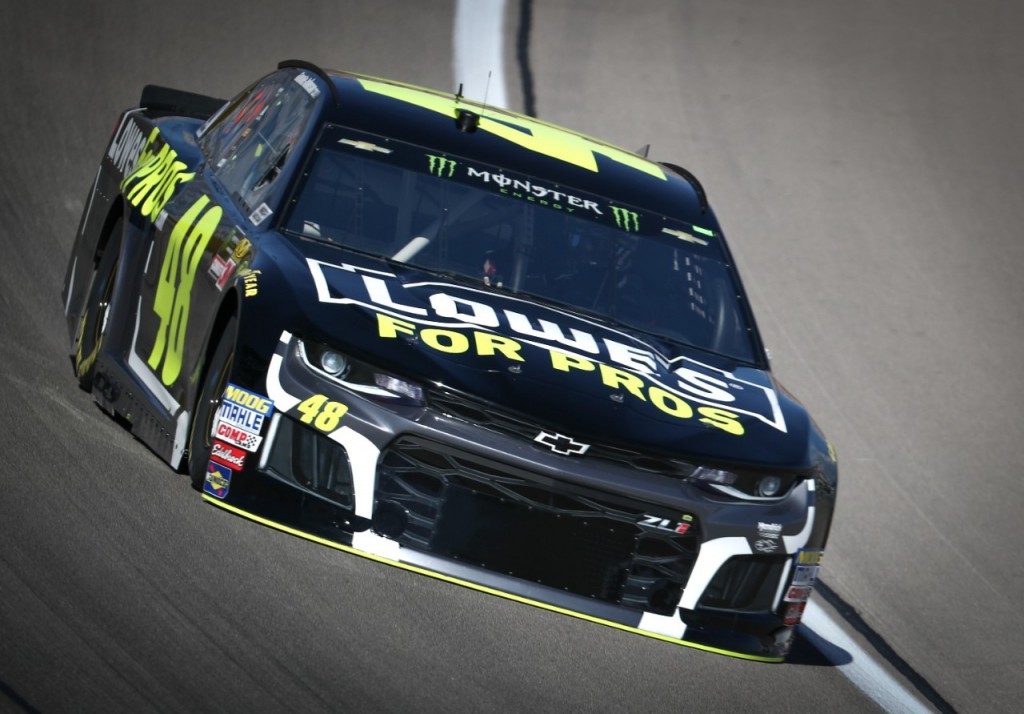 Yet Jimmie Johnson‘s experience was even more heartbreaking, as the No. 48 Chevrolet Camaro ZL1 driver was running strong in second place when, on the last corner of the final lap, he spun while attempting to make an eleventh-hour pass for first. Had he taken the much safer route of settling for a second-place finish, he would have advanced to the next round of the playoffs; instead, his eighth-place finish left him some points short of advancement.

“Took myself out of a shot at the championship,” Johnson reflected after the race. “I wish I wouldn’t have been so focused on a race win and I could have transferred and kept my championship hopes alive, but we had such a good car and just one of those split-second decisions to race for the win instead of for the points and it bit me.”

The fourth round of the 2018 Monster Energy NASCAR Cup Playoffs is the Gander Outdoors 400 at Dover International Speedway, Sunday, October 7th.