Self-driving cars are a costly business, with automakers like General Motors dropping millions upon millions of dollars each year on development costs as they bring fully-autonomous driving technology closer to production. Those sorts of expenditures have been difficult to justify to many investors, who have seen the negative impact on revenue, but have yet to see any sort of a return on automakers’ sizable investments.

At a recent presentation to investors, General Motors President Dan Amman attempted to flesh out why the automaker is pushing so hard to try and make self-driving cars a reality. According to him, there are three primary issues that GM is hoping to improve with its efforts in the area of autonomous driving: reducing traffic fatalities, saving commuters time, and reclaiming some of the space currently wasted on non-residential parking. 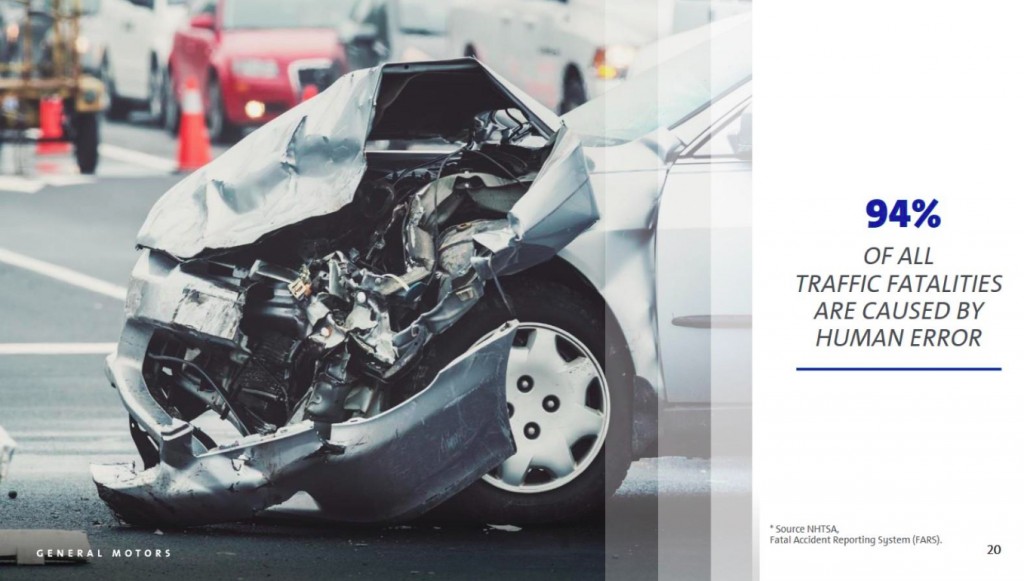 According to research from the U.S. National Highway Traffic Safety Association (NHTSA), the vast majority – 94 percent – of all traffic fatalities are caused by human error. Taking the human out of the driving equation and replacing him or her with an intelligent machine that doesn’t make procedural mistakes, get distracted, or succumb to fatigue could save a lot of lives. 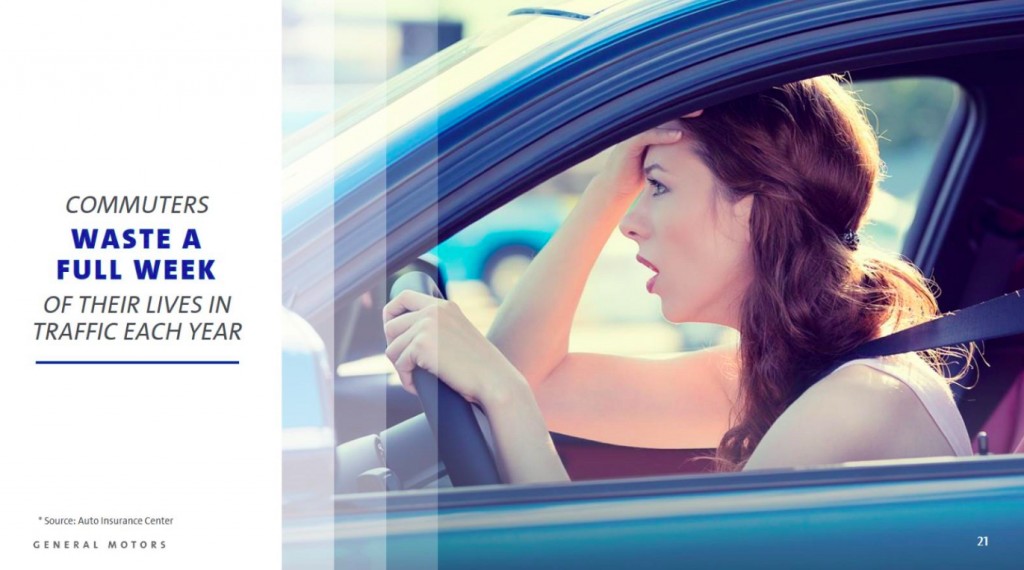 The average commuter loses a full week’s worth of time stuck in traffic each year, according to the Auto Insurance Center. Self-driving cars like those being developed by General Motors would not only allow commuters to devote their time in traffic to something more worthwhile like reading or catching up on email, but might also ease traffic congestion itself by helping optimize traffic flow using proven algorithms. 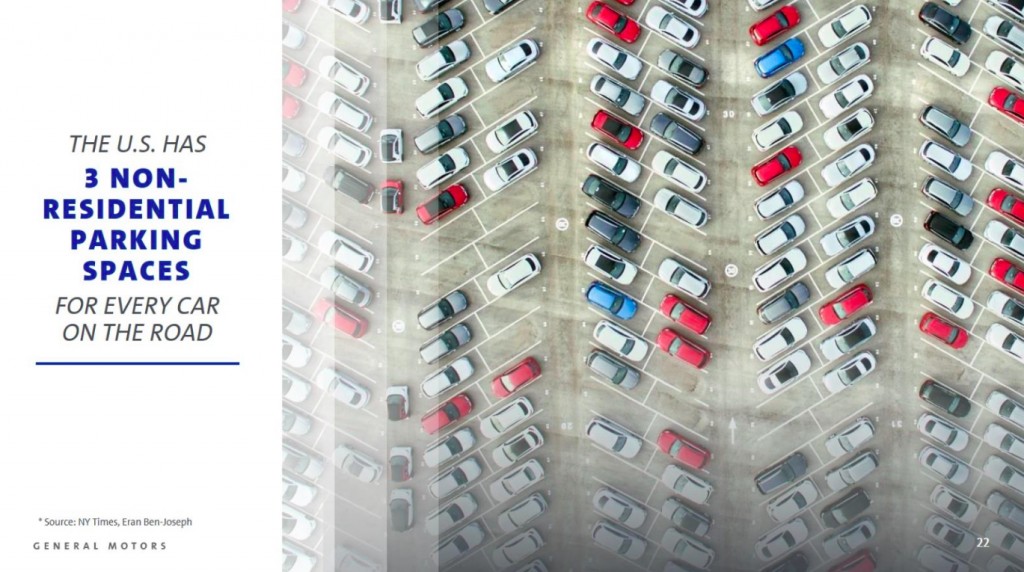 Right now, in the United States, there are about three non-residential parking spaces for each car on the road, The New York Times says. Much of that might be better used as green, residential, or retail space, and wider use of (autonomous) rideshare and ride-hailing services could help make that happen.

GM is generally considered to be an industry leader in the field of self-driving cars, and the automaker plans to roll out the Cruise AV (top) on a commercial scale starting next year.