There may be no better vehicle to road trip across the United States in with your friends or family than a vintage motorhome. The classic styling and the all-shades of brown paint job is enough to make one wonder where they will adventure to next. Who needs adaptive cruise control or modern climate control when you have a pillow topped captain’s chair and a carpet dashboard ahead of you?

The downfall of any vintage vehicle is of course reliability, as it can be hard to keep everything functioning properly after 30 years on the road. However, the gentlemen from Fuel Injection Sucks on YouTube found a perfect way to ensure their 1976 Winnebago would stand a better chance of staying on the road: put an LS swap it. 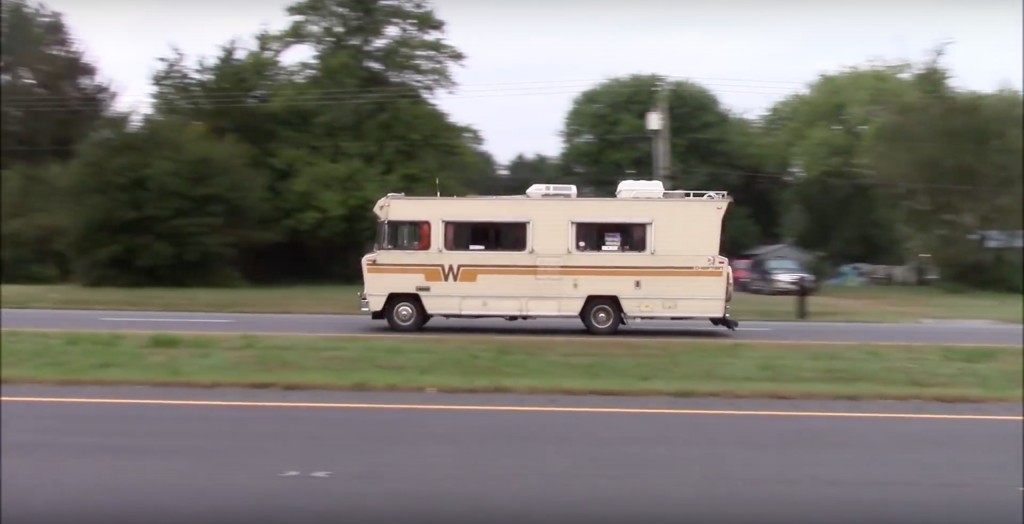 According to Motor1, this 1976 LS swapped Winnebago was constructed on top of a Dodge M400 chassis. This motorhome came equipped with a 440 cubic inch Mopar V8 mated to Chrysler’s A-727 three-speed automatic transmission, which was often used in big block applications. While the 440 is certainly a Mopar classic, the motorhome spec engines are not much to write home about. As the emissions crisis of the 1970’s came to fruition, horsepower numbers from the big block dwindled all the way down into the low 200 horsepower range.

What these motors lacked in horsepower they did make up for in drivability. However, the owner felt that the engine was tired, and they decided to stuff a 6.0-liter LS2 engine mated to a 4L80E automatic transmission into the motorhome. The six-o is a whole 1.2-liters smaller than the big block that it replaces, but from the factory the produced 300 horsepower at 4,400 rpm and 360 pound-feet of torque at 4,400 rpm, reaching redline at 5,600rpm. 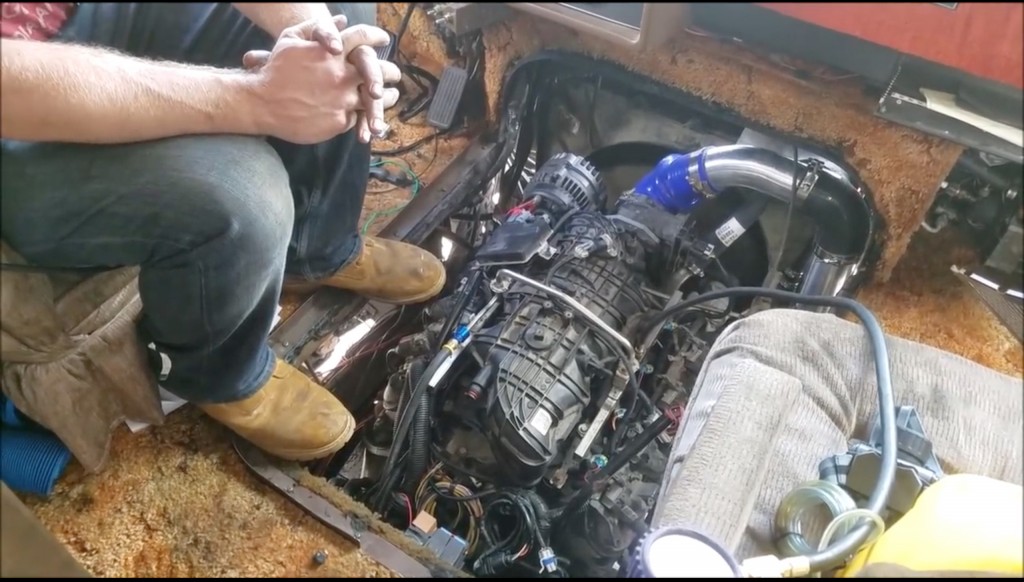 While these numbers alone are a significant step up from the now retired 440, the guys behind the build decided along the way that their motorhome needed to be the most insane rig at the campground. The answer? Add a big ‘ole turbocharger. The Fuel Injection Sucks team has a series of videos documenting the swap in its entirety on their YouTube channel.

The video above does not disappoint with the sounds of an unmuffled 6.0-liter accompanied by an array of wastegate and blow-off noises. Noises that you would expect to hear coming from an LS swapped Winnebago.