The Chevrolet Corvette has long been America’s weapon in the global war for sports car dominance. Of course, the general’s choice for this battle is armed with all of the necessary tools: a front engine rear drive layout, a big V8 under the hood to supply the shove, and a lightweight body construction.

While lightweight body panels certainly help with performance, there has been a group of Corvette owners that take this a step further. By removing the body panels all together, the mass being pulled along by the pushrod V8 engine is dramatically reduced, and therefore performance shoots through the now non-existent roof. These so-called ‘Vette karts have been gaining popularity in the last few years, and are typically underpinned by the unloved C4 generation of the Chevrolet Corvette. 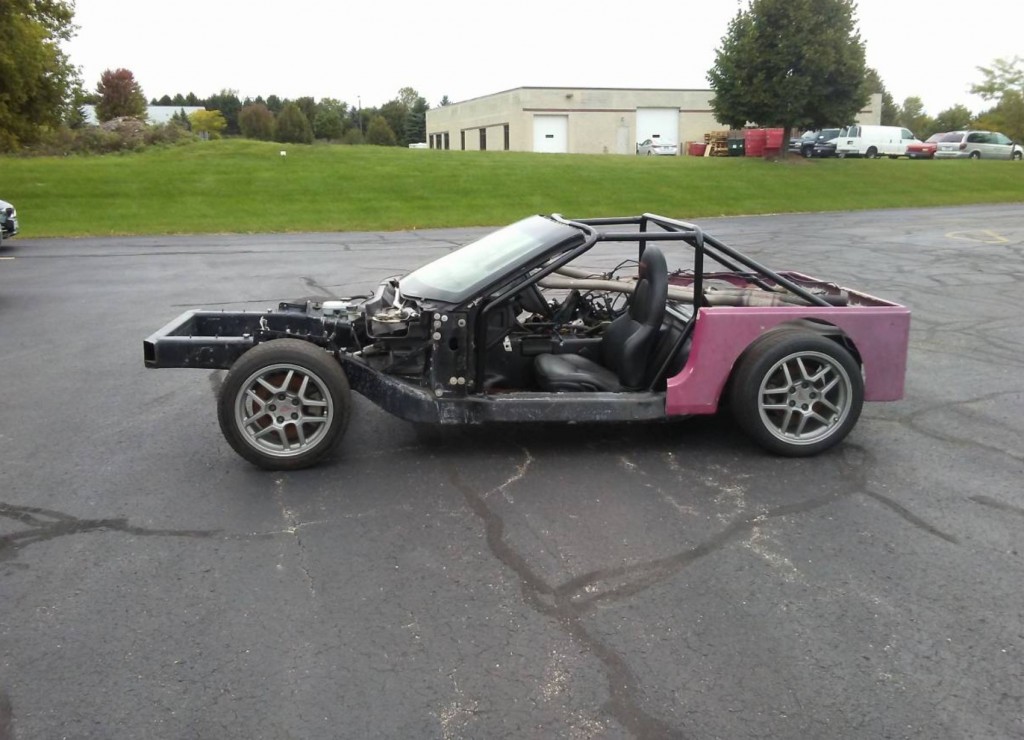 However this has not stopped others from hacking away the bodywork of different generations of the Chevrolet Corvette. For one Wisconsin man, a 2003 Corvette Z06 with only 36,000 miles on the clock sacrificed its skin to become his ‘Vette kart, or at least that was how his project started. At some point the owner of this Kart decided that he wanted a crazy Corvette based hot rod that looked like an off -roader. As such, this Z06 chassis was (partially) mated to the bodywork of a Jeep CJ-7.

As the pictures show, this kart is still a work in progress. The conversion does not appear complete at this time, and the car is also being sold as a rolling chassis on Craigslist. The owner stuffed the LS6 that once sat between this Z06’s haunches into another C5 Corvette he owns. What is included with the Kart aside from its chassis include: the Z06’s seats, dashboard, center console, wheels, the T56 six speed manual transmission and the respective torque tube. 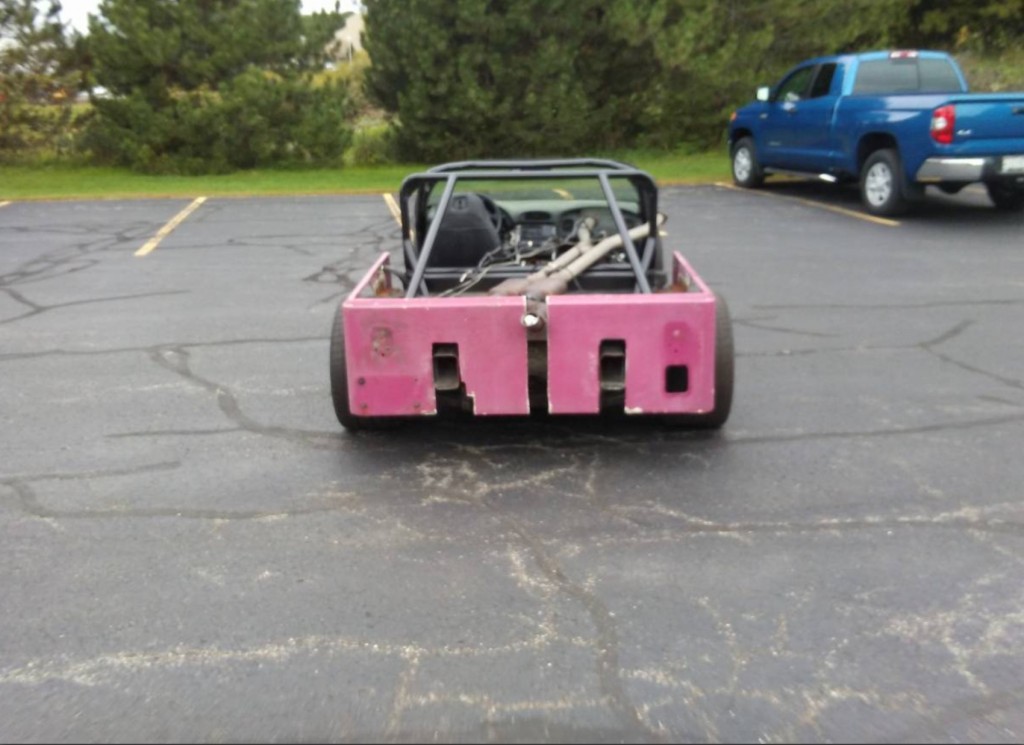 According to the listing, this Z06 based ‘Vette Kart is currently listed for $4,500 on the Milwaukee Craigslist page. At that price, there is room for a prospective owner to dump a motor into this thing and have something that they could claim is a Corvette, or a Jeep. The seller has also mentioned that he will sell you both of his Corvettes for the low price of $25,000.

At any price we really aren’t sure what to think of this thing. However, it has made us want to see what other sports cars will have their skin removed, only to have it replaced by one from an off roader in the future.