Noah Alexander has become a bit of a public figure in the car world as of late, most notably staring on the television show Speed is the New Black on Velocity channel. The show follows Alexander and his team from the St. Louis based Classic Car Studio, which was founded back in 2006. Classic Car Studio does everything from partial builds to full restorations, but they are most known from their crazy full builds. Last week, Classic Car Studio had one of their builds, a plain looking 1986 Chevrolet C10 pickup featured on an episode of the YouTube series “Build Biology,” made by The Hoonigans.

Underneath the vintage sheet metal, this truck has a litany of parts that bring it into the modern era. Starting with the chassis modifications, the Chevrolet C10 has a new frame, a full Ridetech suspension system, and big Willwood brakes sitting behind a set of forged HRE wheels that measure 20×10 inches at the front and 20×12 inches in the rear. The gas tank has been rerouted to the bed of the truck with the help of a Fuel Safe system. This level of suspension and chassis work alone would have been a waste on an underpowered truck, and as such the team at Classic Car Studio decided to swap in a brand new 6.2 liter supercharged V8 LT4 crate engine. This monster of an engine produces 640 horsepower with the optional wet sump set up out of the box. 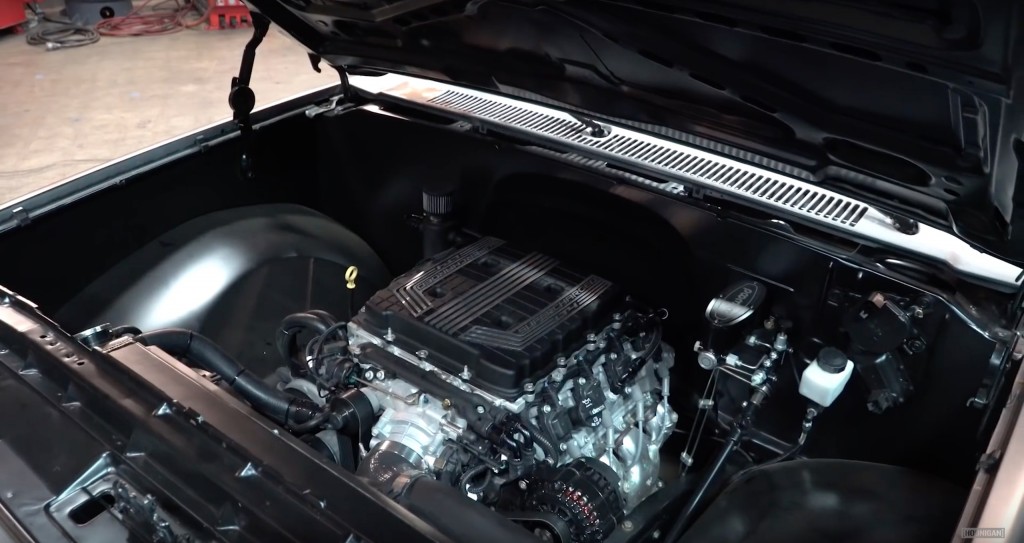 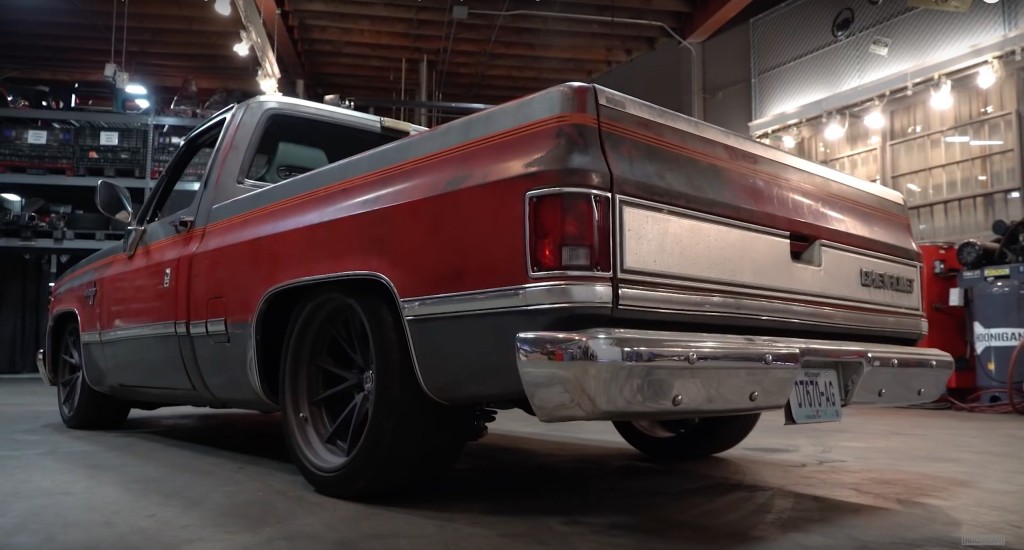 When this Chevrolet C10 was new back in 1986, buyers had the choice between two small block V8 engines, both of which produced 165 horsepower. To put it another way, that’s 475 less horsepower than what sits under the hood of this Classic Car Studio designed monster.

All of that power is routed through a rather unique T56 six speed manual. A sequential shifter kit by S1 Sequential, an Australian based company that specializes in making sequential shifters for a variety of transmissions, is the centerpiece of the interior. A sequential shifter allows a driver to shift much faster, and with less risk to the gearbox. The kit allows one to simply pull the lever back for an upshift, and to slam it forward to drop a cog. 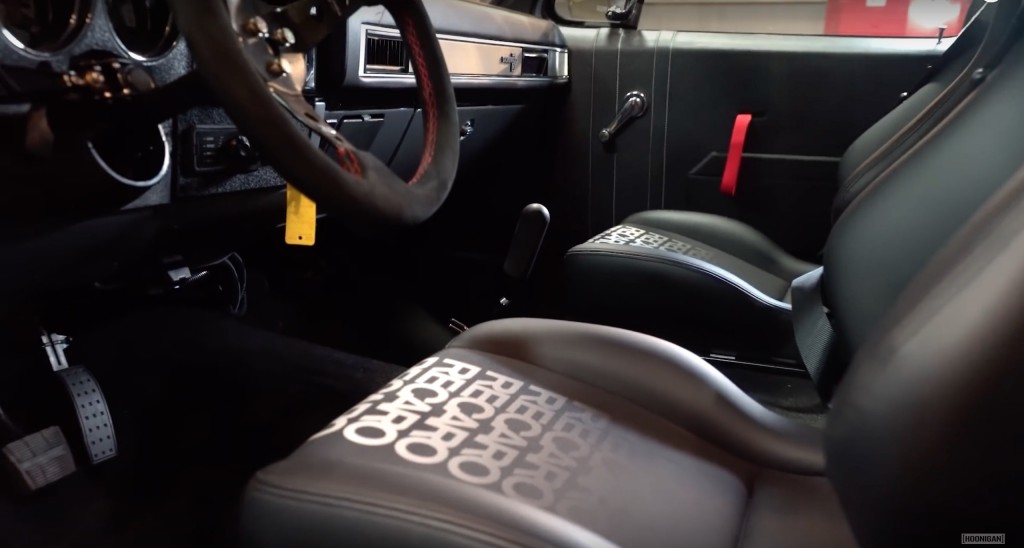 A sequential box is something you’d expect to find in a car ready to take on the World Rally Championship, not an antique pick up truck. The same could be said about the rare gradient style Recaro seats, which are one of only of 50 sets that Recaro produced. A custom roll bar that is well hidden behind the seats supports a set of Sparco harnesses. The interior is finished off with new custom carpeting, a Kicker sound system, and Porsche RS style door pulls.

Based on the sheer amount of smoke that this truck is capable of making from its rear tires, we have no doubt that this thing is an absolute riot to drive. The combination of a massively powerful C7 Corvette Z06 engine and updated handling parts are bound to make this the most competent 1986 Chevrolet C10 on the road today.