Last month, we showed you spy photos of a mysterious GM crossover SUV undergoing testing in Metro Detroit. At the time, we posited that the model in question was a three-row version of Chevrolet’s all-new 2019 Blazer, while also telling you that we would dig for more info. Having done just that, we can now say that the vehicle is not a three-row version of the Blazer. In fact, it’s not even a Chevrolet.

Instead, the mysterious vehicle captured in the spy photos is a future Buick crossover based on the short wheelbase version of the GM C1 platform currently used by the Cadillac XT5, GMC Acadia and Chevrolet Blazer. A long-wheelbase variant of this very platform underpins the Chevrolet Traverse and Buick Enclave. It will soon underpin the upcoming Cadillac XT6. Curiously, Buick is the only GM core brand that does not currently have a vehicle based on the short C1 platform, something that will soon change. 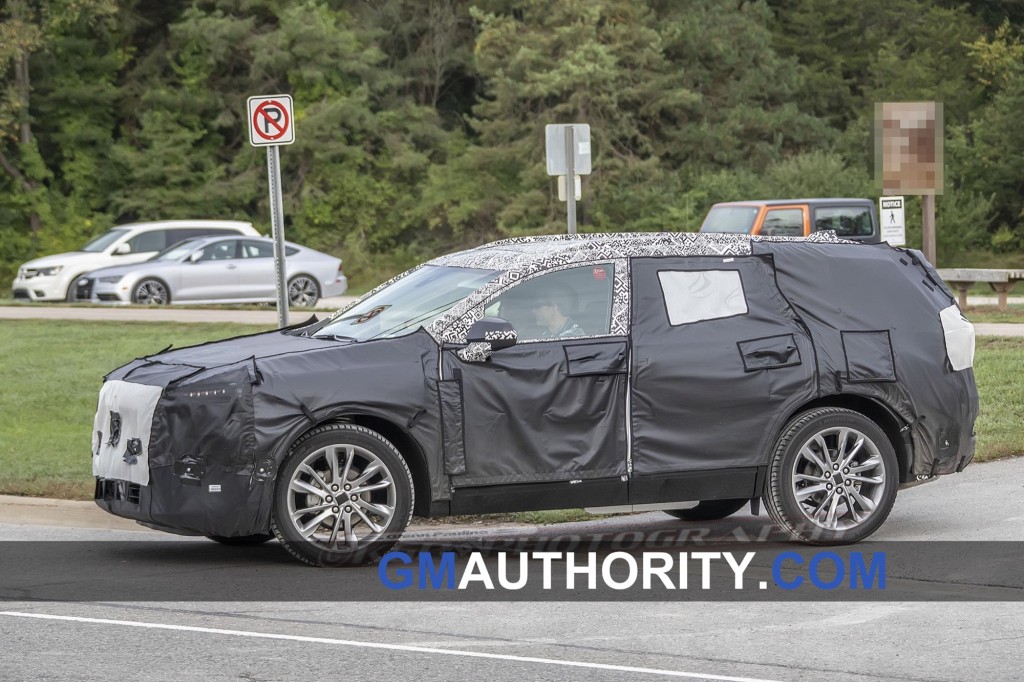 An IHS Automotive document obtained by GM Authority reveals that GM is hard at work on a new crossover utility vehicle for Buick. The project is assigned program code C1UB, which translates to a midsize CUV positioned between the Envision and Enclave.

Such a model aligns perfectly with the prototype we captured in Michigan and initially believed to be the 3-row Blazer.

The IHS document, which contains the forecast of the production of GM vehicles in China, projects that the model will begin production in 2020 at the Jinqiao Cadillac plant. The facility is also known as Shanghai III. 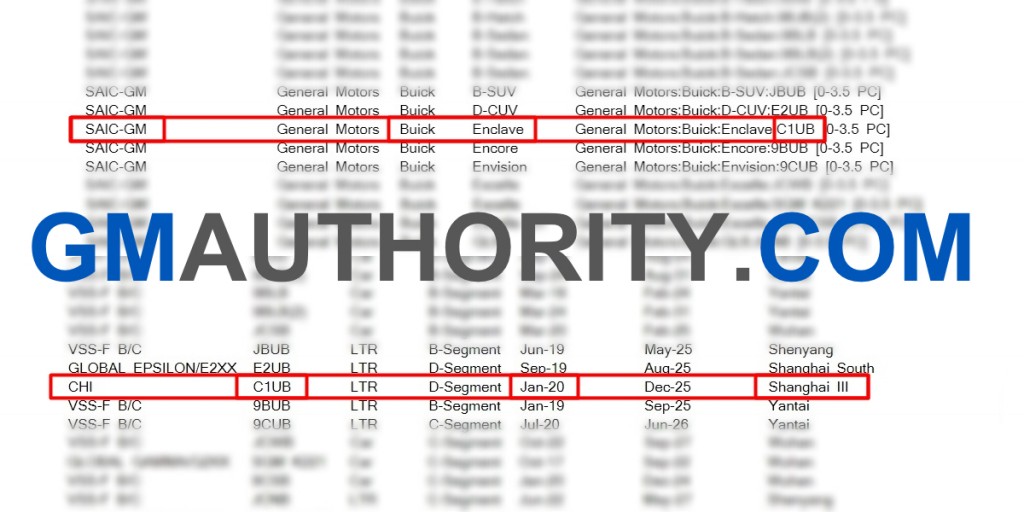 Interestingly, the doc identifies the model as “Buick Enclave”. However, the actual program code for the second-generation Buick Enclave is C1YB (rather that C1UB for this vehicle).

Currently, the Enclave is not marketed nor produced in China, meaning that Buick’s biggest crossover in the Chinese market currently is the Envision.

The circumstance puts the brand at a competitive disadvantage in the world’s biggest car market, which is also the biggest market for Buick vehicles. And while Buick is in dire need of a larger utility, the current version of the Enclave is simply too big for China. That’s where the smaller Enclave variant (C1UB) comes into play.

The only question is, what will the model be called? We believe that one of the following two options will end up playing out in relation to the upcoming C1UB midsize Buick CUV: 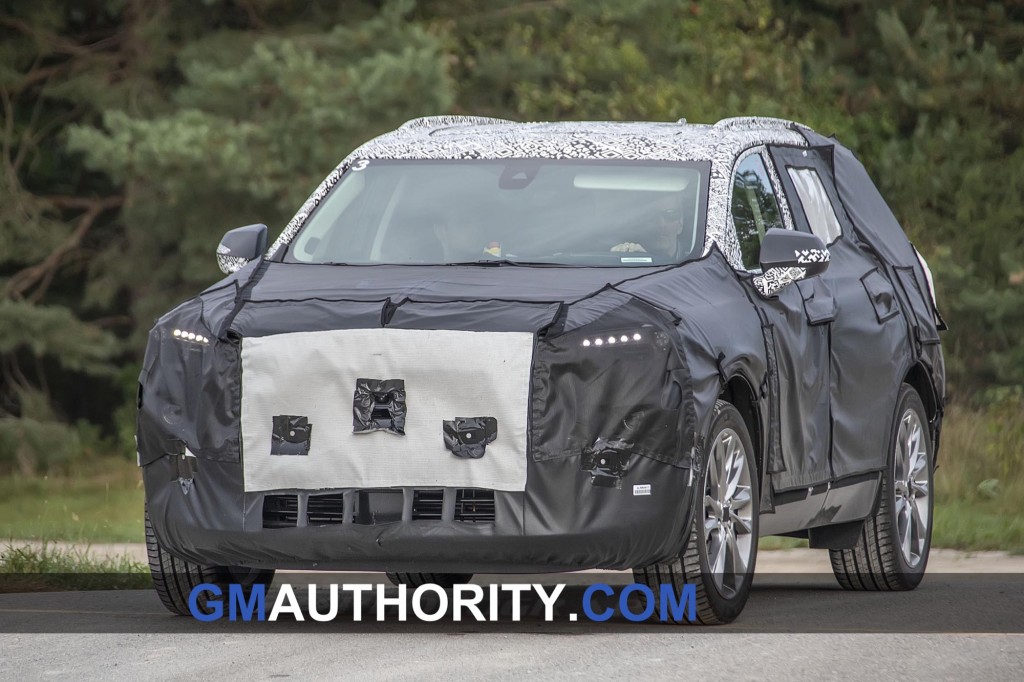 Regardless of its name, the spy shots show various elements that are consistent with current Buick models.

For instance, one of the spy shots of the prototype shows the tester’s interior. Though most of the cabin is draped in interior camo, we do see two specific elements: the outer-most edge of the AC vent as well as the steering wheel. 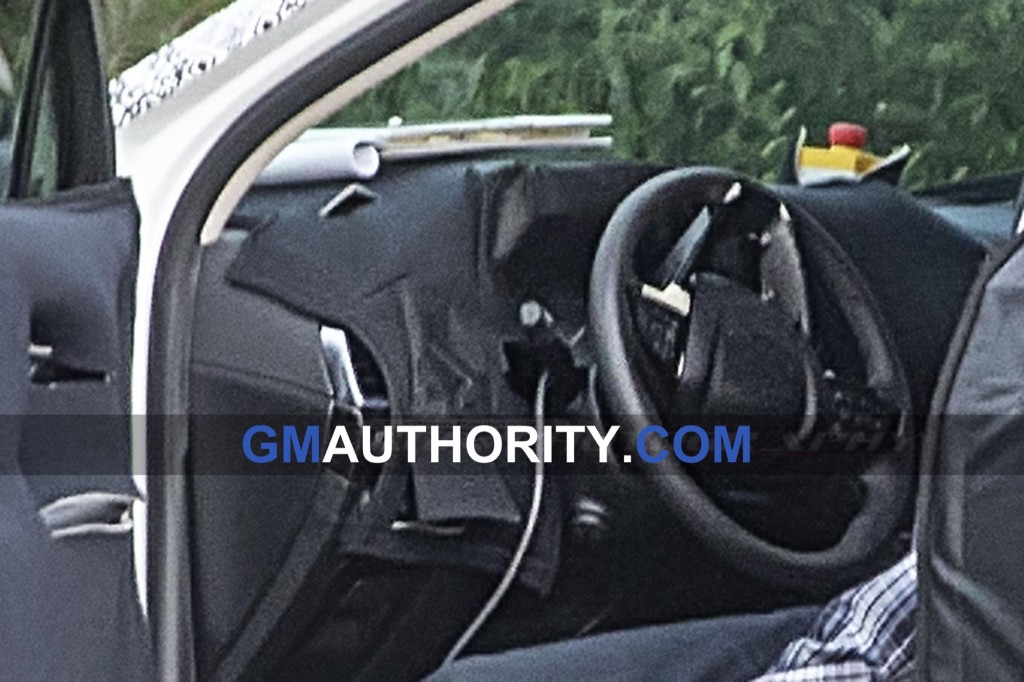 The air vent, which features sharp corners and a chrome bezel, bears a close resemblance to the units found on the second-gen Buick Enclave. Meanwhile, the bottom-most spoke of the steering wheel has the same “V” shape as the wheel on the Buick Envision. 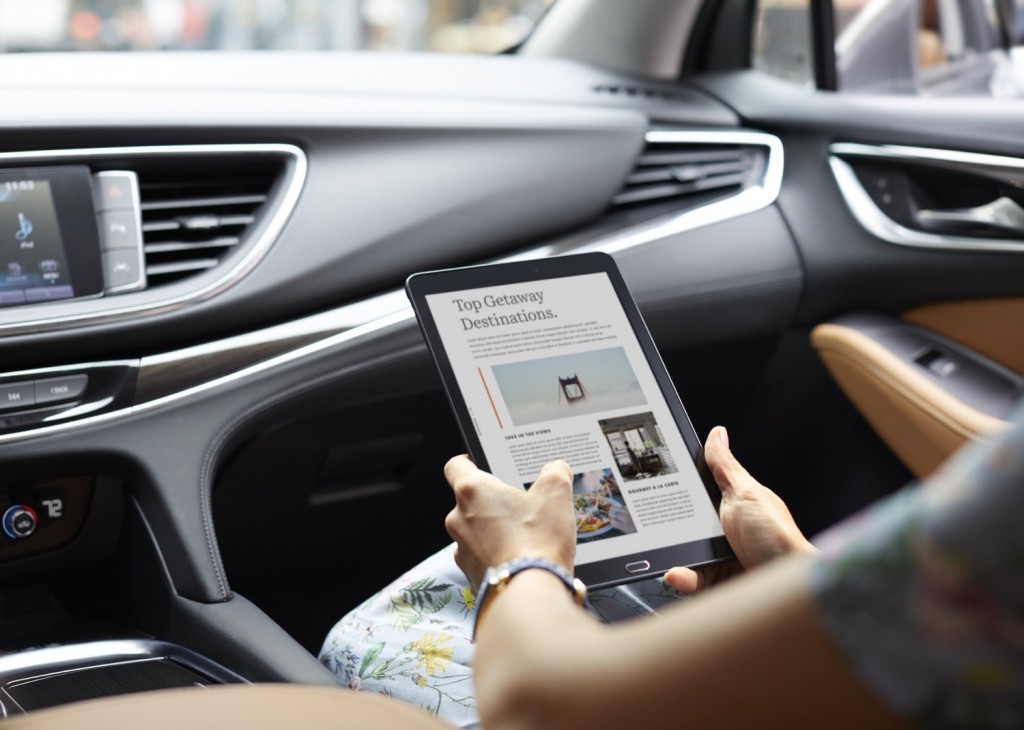 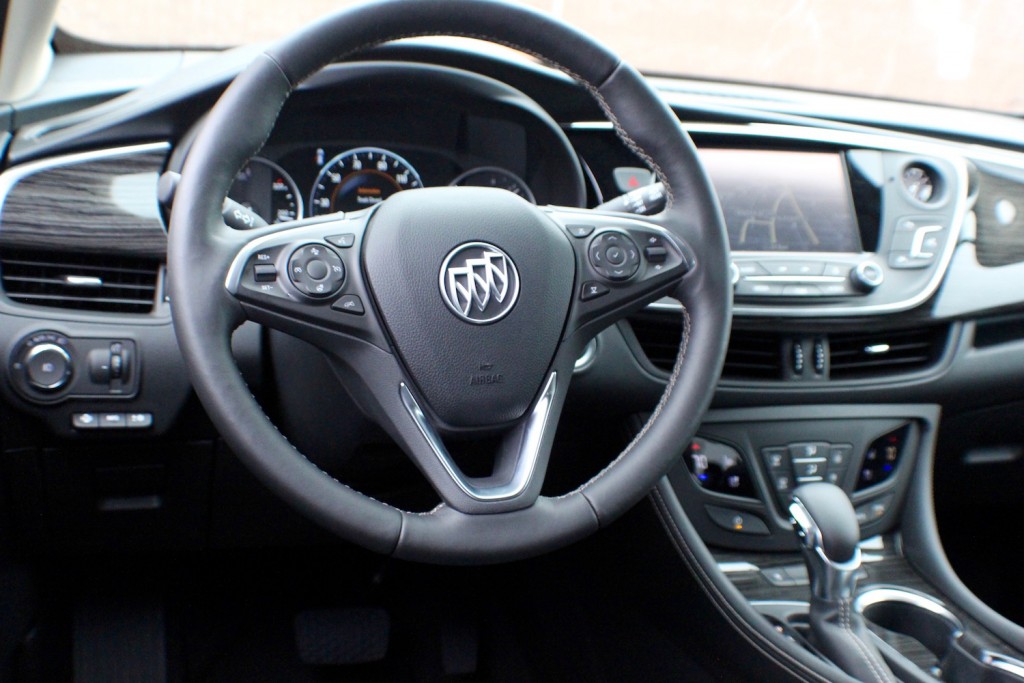 2017 Buick Envision steering wheel (pictured) is similar, if not identical, to the one in the prototype

And that brings us to the exterior. Earlier this year, the Tri Shield revealed the Buick Enspire Concept – an electric show crossover that introduces the brand’s future design direction. It would appear that the prototype shares several elements with the Enspire. 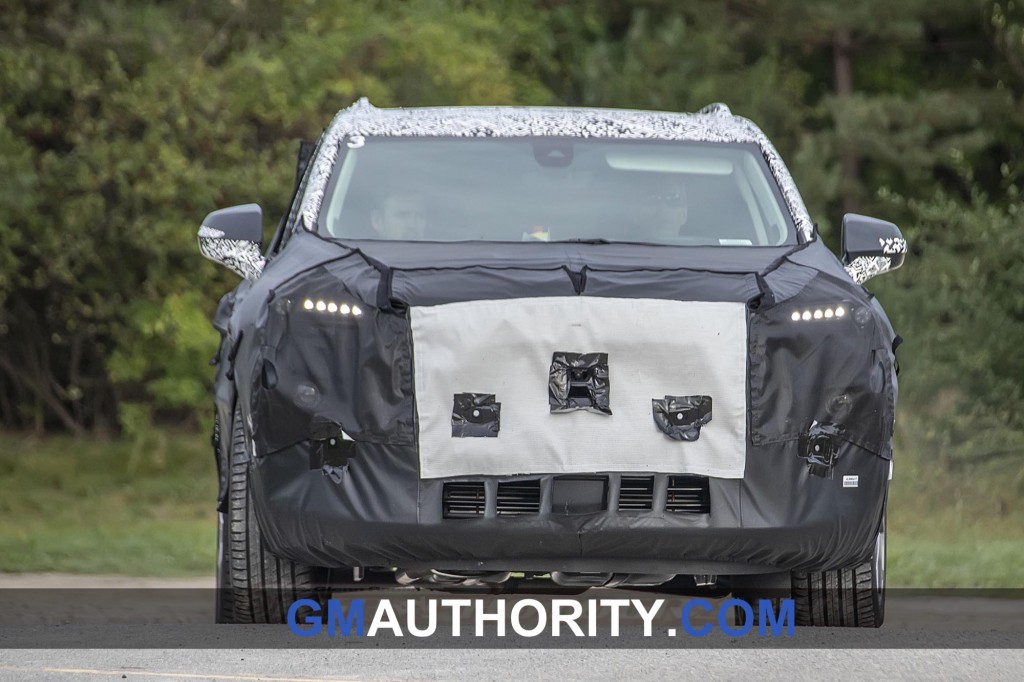 The concept’s front ends styling is defined by a set of  narrow headlights and large openings on each side of the lower fascia. Coincidentally, one of the reasons that we initially believed that the prototype in question was a three-row Chevy Blazer is that it seemed to be hiding a set of squinty headlights beneath its camouflage, much like the new Blazer.

Upon further inspection, however, we can see that the shape of the squinty Daytime Running Lights (DRLs) bear a close resemblance to those on the Enspire concept.. though we should mention that, thanks to the camo, the prototype could be using a set of placeholder lights just as well.

In addition, the upper/outer edges of the lights on the prototype appear similar to those found on the Enclave. 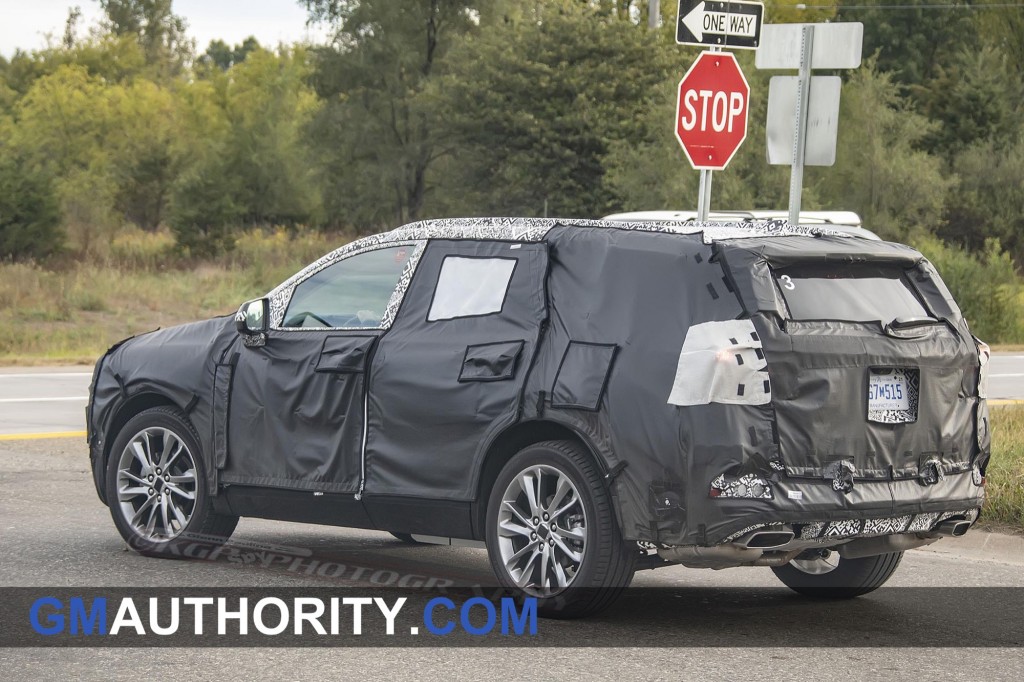 The similarities between the prototype and the Enspire concept continue at the rear. Specifically, the rear optical elements appear to be joined horizontally on the mule, much like they are on the Enspire show car. 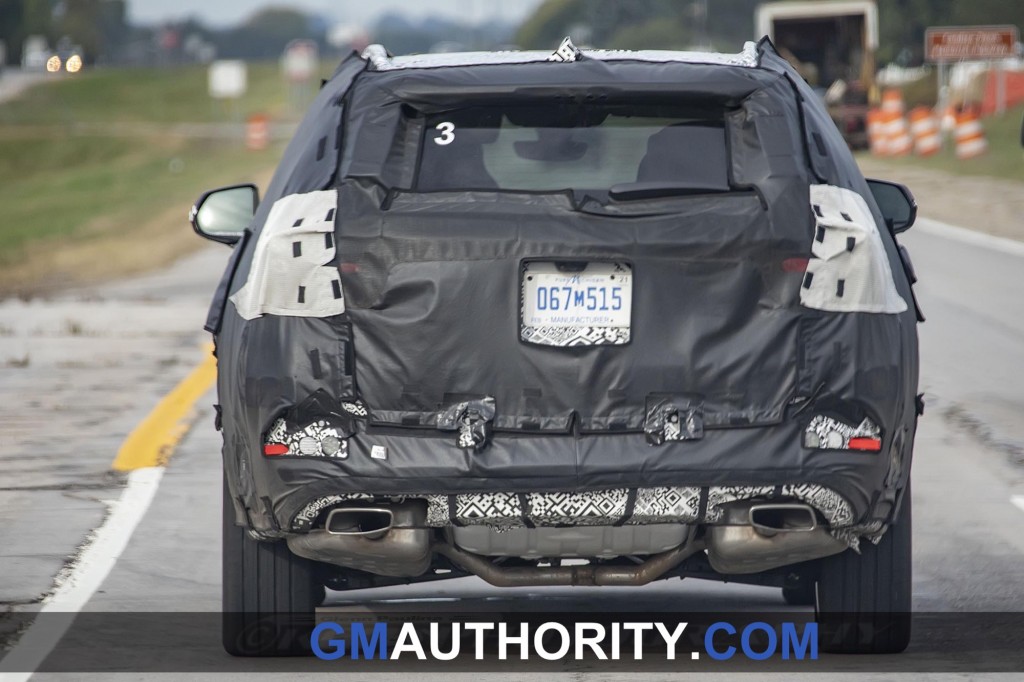 At this point, there are many elements of this future Buick midsize crossover that still need to be clarified. But one thing is for sure: the fact that the IHS document makes no mention of whether or not the vehicle will be sold in markets outside of China does not necessarily mean that it won’t make its way to North America. In fact, we would be extremely surprised if GM kept the model exclusive to China.

We make this determination based on two objective reasons: the location where this development mule was captured (in Metro Detroit) as well as the prototype’s camouflage pattern. Both of these elements indicate that the prototype is not one of SAIC-GM, but rather of GM “proper”.

The above evidence enables us to conclude, with a rather high degree of certainty, that the model seen here foreshadows a future Buick midsize crossover utility vehicle based on the short wheelbase version of the C1 platform that will slot between the compact Envision and full-size Enclave.

That’s all we know for now. Stay tuned to the GM Authority for further updates and Buick news coverage. 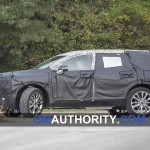 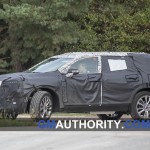 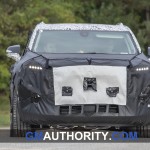 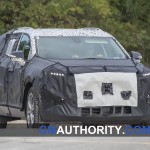 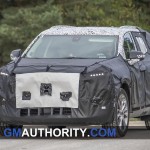 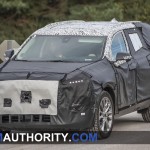 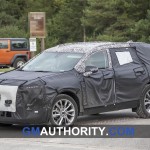 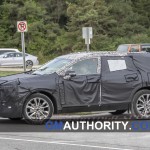 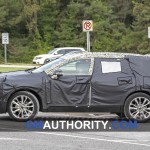 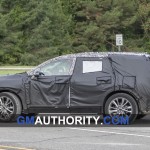 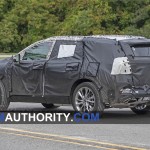 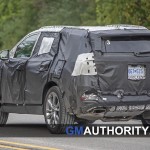 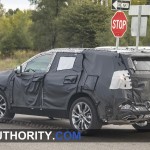 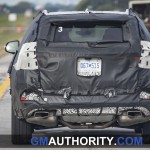 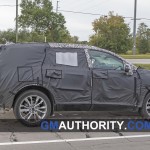 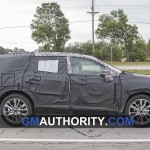 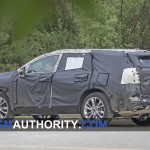 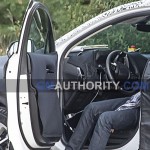 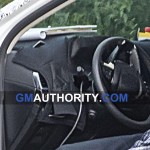