Oftentimes, automakers will resurrect long-defunct badges in the hopes of capitalizing on consumer nostalgia, such as in the case of the 2019 Chevrolet Blazer. The new, unibody crossover shares little with its rugged, body-on-frame predecessor, but at the least, they are both tall, relatively high-riding utility vehicles.

But here’s something you may not have known: the new, 2019 Chevrolet Colorado ZR2 Bison off-road pickup shares its name with a long-gone GM product, although that fact appears to be more coincidence than an attempt to capitalize on nostalgia. The original Chevrolet Bison? Why, it was a Class-8 heavy-duty truck offered from 1977 through 1987, with a big, honking diesel under the hood.

The Chevrolet Bison – also sold as the GMC General – was the largest conventional-cab truck GM ever built, introduced to replace the Chevrolet C/M 90 and GMC C/M 9500 trucks. It was built at General Motors’ now-defunct Pontiac East Assembly plant, which was closed down in 2009 after nearly four decades of service. 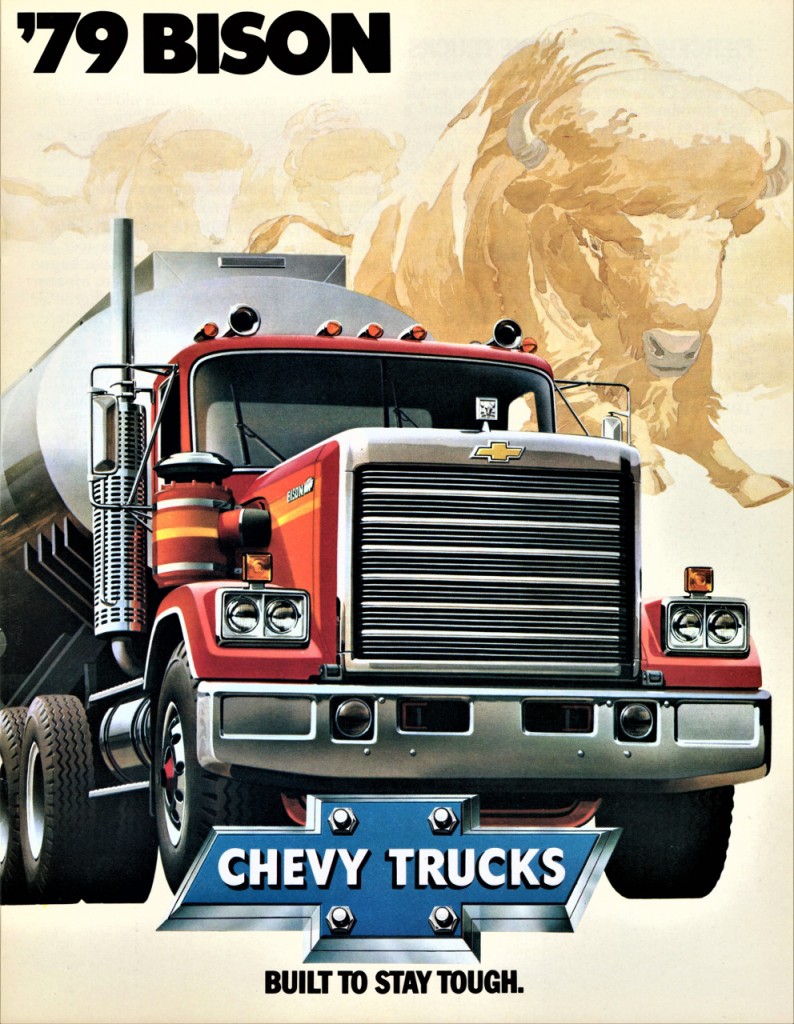 Needless to say, you probably won’t be able to fit any of those powerplants in your 2019 Chevrolet Colorado ZR2 Bison, although GM’s 2.8-liter Duramax turbo-diesel four-cylinder engine will be available as an option. Beside that, the new Bison gets all the ZR2’s standard goodies (electric locking differentials, two-inch factory lift, Multimatic DSSV dampers, etc.) and special, model-specific add-ons like 17-inch wheels with Goodyear Duratrac tires, AEV steel bumpers, an AEV intake snorkel, and five different Boron-steel skid plates.

Check back in with GM Authority for all the latest Chevrolet Colorado ZR2 Bison news.