GM’s premium Buick brand is hard at work developing a new crossover utility vehicle to slot in between the compact Envision and midsize Enclave, and we’ve seen the prototypes to prove it. The first, which surfaced in late-September, was originally believed to be a three-row version of the all-new, 2019 Chevrolet Blazer, but we later learned that it was, in fact, a future Buick. Then, earlier this week, our spy photographers captured a second prototypefu running around in plain view.

Yet while both midsize Buick crossover prototypes are indeed from the same model range, there are some notable differences between the two. Looking at the rear ends of both test vehicles, we see two rather different exhaust treatments; both are dual-outlet systems, but the one on prototype #1 features wider, more polished tips. Neither vehicle has a complete rear fascia in place, but if they did, we imagine the tips on #1 would be more closely integrated with the fascia for a tighter, more upscale appearance. 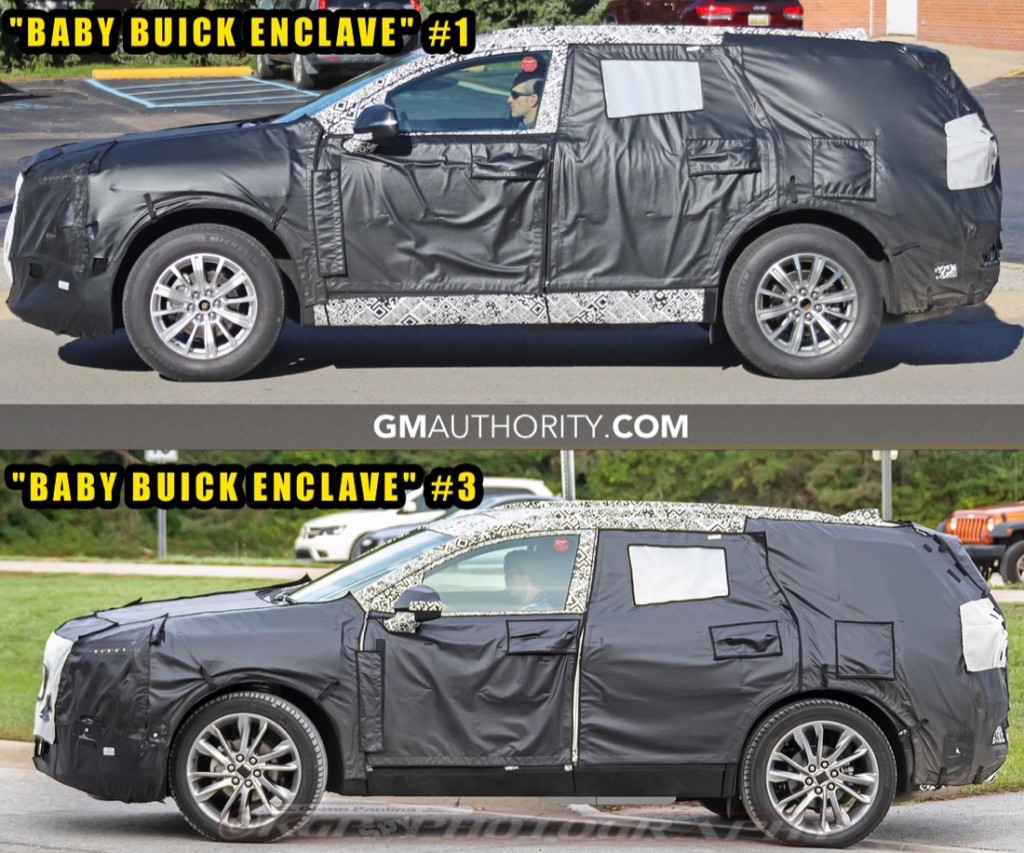 About the only angle from which there aren’t any apparent differences between the two prototypes is the front, as both Buick crossover prototypes appear to feature the same LED daytime running lights. Granted, there may well be two rather different grille treatments underneath all the camouflage.

It’s uncertain yet what Buick will end up calling its new sub-Enclave midsize crossover, but it’s possible that it, too, could wear the “Enclave” name, much in the same way that Hyundai offers both the compact Santa Fe and the slightly-smaller Santa Fe Sport. We do know that the forthcoming model range will ride on the GM C1XX platform, and we suspect that one of its core responsibilities will be expanding the Buick lineup in the crucial market of China, where the current Enclave is too large to suit local tastes.

Stay tuned to GM Authority for all the latest Buick Enclave news as it breaks.