General Motors has something more cooking with regards to the Super Cruise semi self-driving system. On September 20, the automaker filed to trademark “Ultra Cruise.”

It’s perhaps best to understand what Super Cruise, GM’s first semi self-driving system first introduced for Cadillac, does. Super Cruise uses cameras and other sensors to automatically steer and brake during highway driving. The technology is capable of full-speed-range adaptive cruise control and lane centering. What Super Cruise does not do is control the car for every waking moment behind the wheel.

Super Cruise only engages on diligently mapped U.S. highways and Interstates. The system also works on major Canadian freeways. The semi self-driving system also requires drivers to keep their eyes on the road and pay attention at all times. However, unlike competitor systems, Super Cruise doesn’t require drivers to “check in” by touching the steering wheel.

Instead, a camera monitors eye and head movement. If the camera detects a driver hasn’t been paying attention, visual and audible alerts will display sound and the seat will vibrate. Should the driver remain unresponsive, Super Cruise can pull the vehicle onto the shoulder and call OnStar for help. 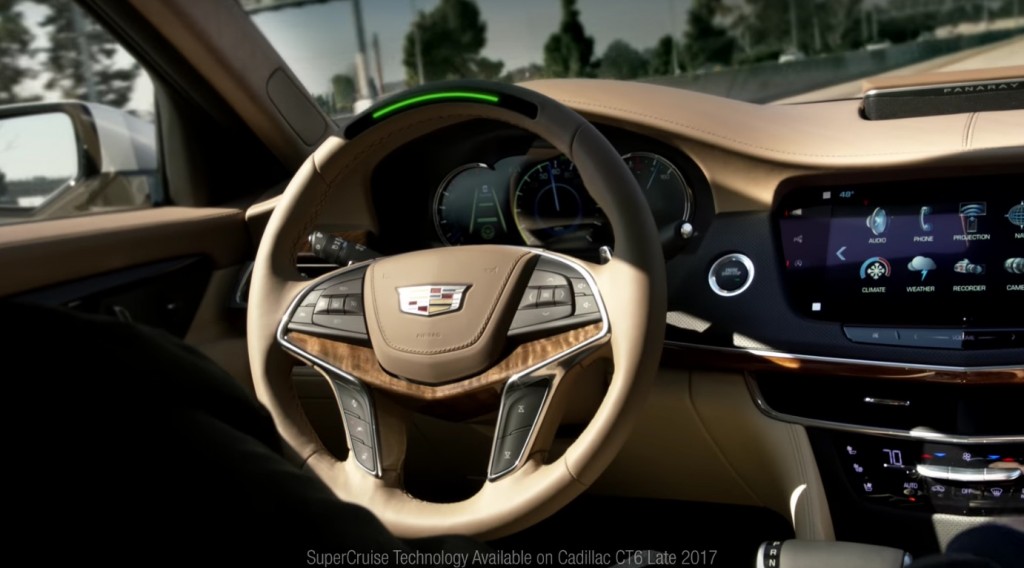 But, for now, we don’t know what will become of the name. Automakers regularly file trademarks to protect things, but we have a feeling we’ll see the Ultra Cruise name in the near future.