Looks were never a problem area with the current, ninth-generation Chevy Malibu. In fact, style was always regarded as a strong point of the midsize sedan, though Chevrolet did make an effort to improve on the look with the facelifted, 2019 Malibu. In fact, we couldn’t think that the Malibu could look any better than the 2019 Malibu RS… until we saw this body kit.

Designed by kit maker AeroNine, the aftermarket fascia seen here gives the Malibu a face very much reminiscent of Chevy’s sixth-generation Camaro ZL1, with a gaping maw right below the narrow grille opening, which houses the bow tie. The large lower grille is flanked by two smaller inlets, each housing a vertically-positioned LED Daytime Running Light (DRL). A rather aggressive valance-style lower lip rounds out the package for an indistinguishable look. Notice the four UltraSonic parking sensors – two at the mid-line of the front fascia, and two near the lower lip. The whole ensemble looks sinister, aggressive, and just mean – in a good way, making us wonder if Chevy was too conservative with the 2019 model year refresh. Heck, how awesome would it have been if the 2019 Chevy Malibu RS had this kind of front fascia?

Like it… love it… hate it? Sound off in the comments. 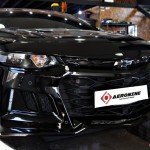 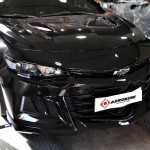 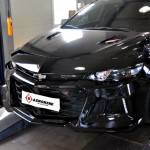 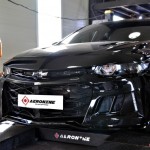 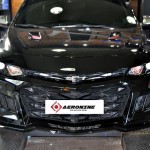 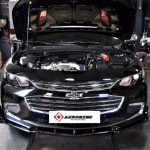