The latest in a long lineage of sport-luxury sedans as bowed. The new BMW 3-Series made its debut at the 2018 Paris Motor Show on Tuesday, and it has struck first ahead of Cadillac’s reimagined take on the same segment with the upcoming CT5.

While we don’t have details on the Cadillac CT5, which will likely debut sometime next year, we have the skinny on what Cadillac should be taking into account from the new BMW 3-Series. First, the G20 3-Series begins life on BMW’s latest CLAR platform, which makes for a lighter and leaner car. However, the new 3-Series is marginally larger: 2.9 inches longer and 0.6 inches longer. An uprated turbocharged four-cylinder engine makes 255 horsepower and 295 pound-feet of torque, up 7 hp and 37 lb-ft over the current car, and an updated inline-six engine pushes 382 hp and 369 lb-ft. An eight-speed automatic is on hand for shifts, and no manual transmission will be offered. At least not yet. And of course, the 3-Series is loaded with the latest technology. The infotainment system (standard 8.8 inches) boasts new voice recognition devices, a 5.7-inch digital cockpit houses (awful looking) gauges, and the systems are compatible with Microsoft Office and smartphones for digital-key technology. The screen sizes can be upped to a 12.3-inch digital display and a 10.3-inch screen with Apple CarPlay and Android Auto.

But, the 3-Series’ secret sauce has always been in the driving characteristics. The new 3-Series features aluminum mounts and control arms to keep unsprung mass lower; the frame is 44 pounds lighter; and optional suspensions provide a driving feel for different buyers. The standard suspension has been tuned for comfort, while an M Sport layout stiffens the ride and drops the car by about half an inch. Adaptive dampers are also available. 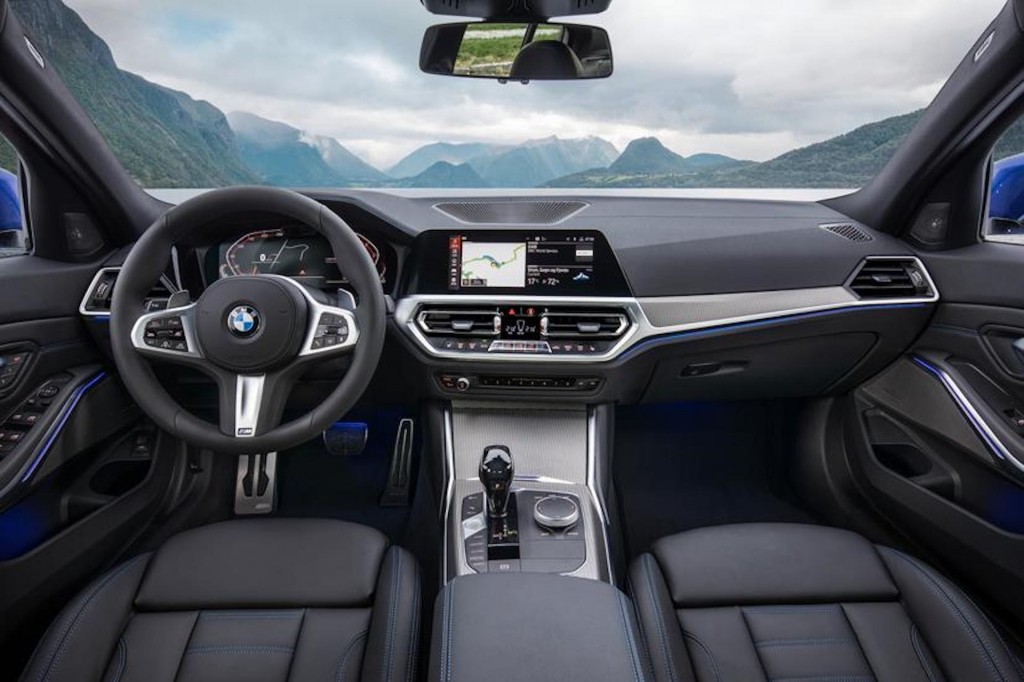 BMW promises this 3-Series is the 3-Series fans will love and remember.

That poses a credible challenge to Cadillac’s forthcoming CT5. BMW essentially created the segment and Cadillac has been nothing but an emulator. We’ll soon know if the CT5 can beat the new 3-Series at its own game.