Callaway didn’t start life as a Chevrolet Camaro and Corvette tuner, but it’s perhaps become best-known for its work with the two Chevy sports cars. The 1988 Sledgehammer put Callaway on the map with Corvette, but 1998 saw the introduction of another Corvette-based performance car: the Callaway C12.

The Connecticut-based company dug into its archives and published video from 1998 where the Callaway C12 made its debut at the 1998 Geneva Motor Show. Through 43 minutes of video, we’re given an inside look at the C12’s development process, the delays surrounding its debut and see just how hard the team worked in a very condenses timeline.

Callaway envisioned the C12 as a new generation of racers for its GT2 aspirations at Le Mans. Wider, longer and more powerful than the C5 Corvette it was based on, the C12 shared nothing with the Corvette aside from its roof. Callaway truly built the car to take it to the limit of FIA racing regulations with the ability to house racing suspension tucked inside a standard 1997 Corvette platform.

With the vision set, Callaway got to work on a seriously short timeframe: the team had just four months before they wanted to debut the car in Geneva. Five years earlier in 1993, it would have been impossible to push the car into production in such a short time. However, new computer technology allowed engineers and designers to work quicker than ever. 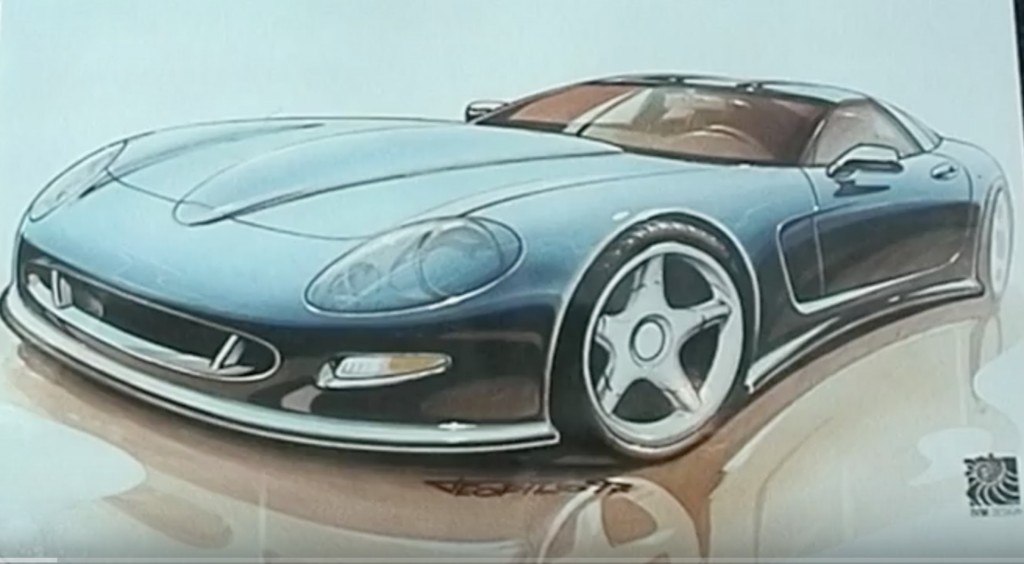 The team never missed a single deadline throughout the project, but the Callaway C12 nearly missed its big debut in Geneva over other various issues. Have a look at the entire adventure in the documentary above.