General Motors today unveiled a new electric vehicle prototype that will serve as the centerpiece of a national automotive competition in India. The prototype EV doesn’t quite have a proper name, but GM has taken to calling it “REEV” – or “Range Extended Electric Vehicle”. It came out of the GM Technical Center in Bangalore, India, bowing at the 37th FISITA World Automotive Congress in Chennai.

“FISITA” stands for “Fédération Internationale des Sociétés d’Ingénieurs des Techniques de l’Automobile”. It’s a 70-year-old group formed with the intent of facilitating cooperation between engineers from around the globe to advance the development of the automobile.

“The world-class engineering capability we have at [our GM Technical Center] in Bangalore, India, is playing a significant role in GM delivering its commitment to create a world with zero crashes, zero emissions and zero congestion,” says General Motors VP of Global Propulsion Systems Dan Nicholson. “I am extremely proud of our team of talented designers and engineers at GMTC-I who developed the Range Extended Electric Vehicle prototype.” 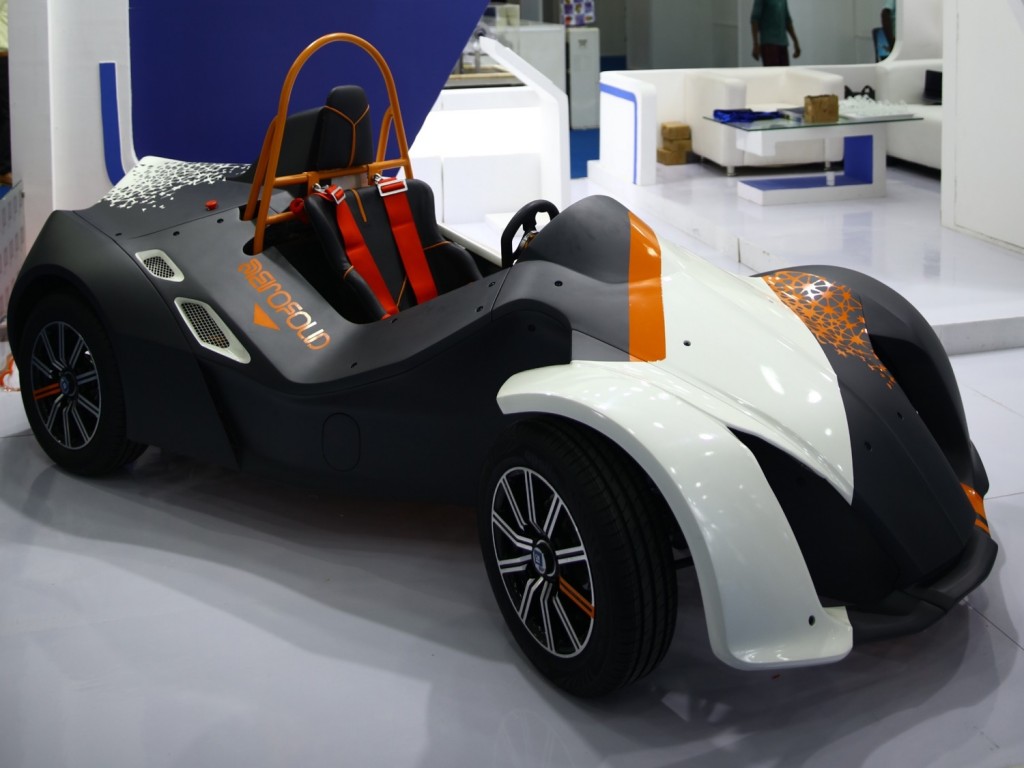 GM’s REEV prototype will be the basis for an annual competition in India, held in partnership with the SAE (Society of Automotive Engineers), that will have design and engineering students developing their own, similar vehicles. It’s meant to help engage and prepare the next generation of automotive engineers and designers, fostering a working familiarity with vehicle lightweighting, electrification, range extenders, and more.

India has set a fairly ambitious target to have at least 30% of all vehicles on its roads use electric propulsion by the year 2030.

At the FISITA reveal of the GM REEV prototype, GM Technical Center-India VP of Engineering and Operations Brian McMurray said that the center “plays an important role in GM’s global core business: designing and engineering world-class vehicles that inspire passion for safer tomorrow.”

Be sure to stay tuned for all the latest GM electrification news.