The Michigan-based Gentex Corporation, which produces fire protection equipment and supplies parts like auto-dimming rearview mirrors for the automotive sector, has built a custom SEMA show vehicle that wears its place of birth right on its sleeve. Based on the 2018 Chevrolet Colorado crew cab, the Gentex truck build boasts a distinctive vinyl wrap that encompasses some of Michigan’s best-known landmarks, and it’s loaded with equipment to suit most any Michigan adventure.

“Michiganders are fiercely proud of their state, and as a Michigan-based company, we thought it would be fun to capture that spirit in a vehicle designed to highlight our state’s natural beauty yet outfitted to tackle any outdoor activity,” explains Gentex President and CEO Steve Downing.

To prepare the 2018 Chevy Colorado for adventure, Gentex endowed the midsize truck with an integrated refrigerator/freezer, pull-out stove, sink, and remote-controlled, roof-mounted tent. A keg mounted underneath the vehicle can dispense beer through a built-in Yeti jockey box – a heartfelt nod to Michigan’s reputation for excellent microbreweries. 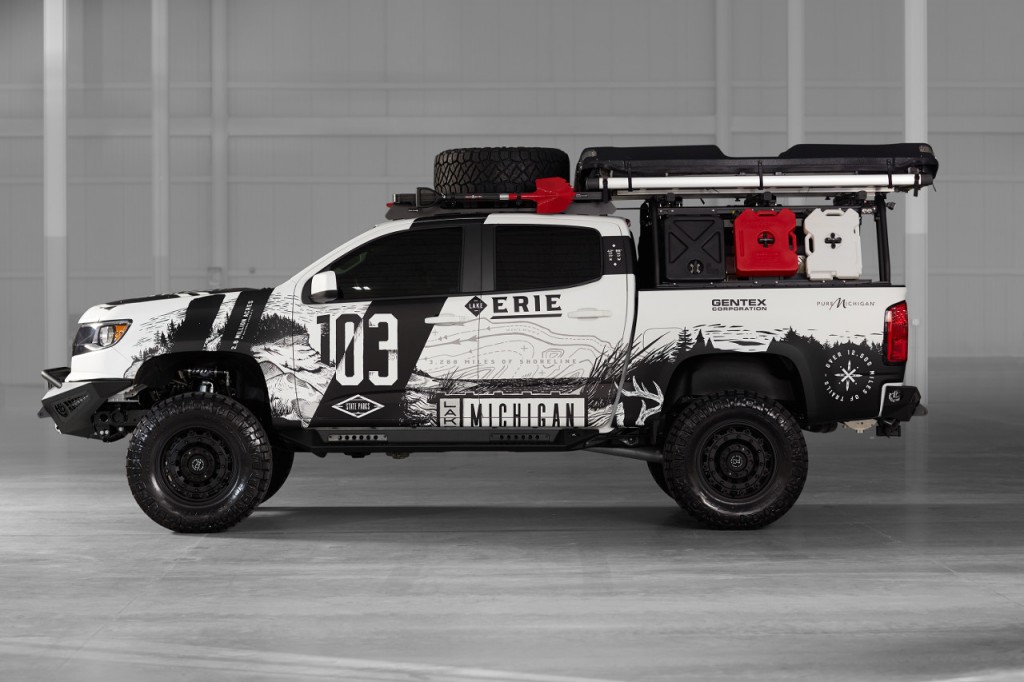 Naturally, the 2018 Chevy Colorado concept also contains plenty of Gentex’s own components, like exterior auto-dimming mirrors that guard against blinding glare, a Full Display Mirror – a rearview camera system that uses a mirror-integrated LCD screen – and Gentex HomeLink control for the roof-mounted, solar-powered tent. HomeLink is Gentex’s car-to-home automation system, which can be configured to control things including garage doors, gates, lights, etc.

All of these Gentex components are available on the automobile aftermarket, or will be soon enough. 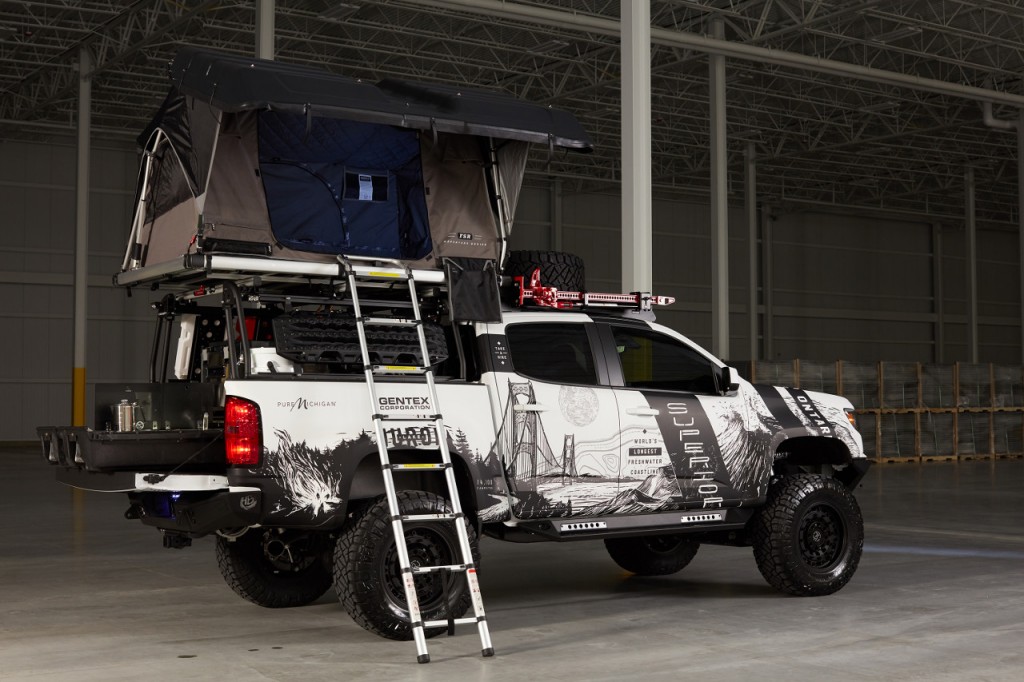 That’s cool and all, but it’s really the graphic wrap that makes this Michigan-themed Colorado special. The truck features a striking, high-contrast black-and-white print, with artistic representations of Michigan’s Great Lakes, Pictured Rocks, waterfalls, sand dunes, pine forests, the iconic Mackinac Bridge, the Michigan state crest, and much more. Gentex even got the go-ahead from the Michigan Economic Development Council to use the “Pure Michigan” slogan that’s been so central to the state’s tourism campaign.

Check back with GM Authority regularly for all the latest GM SEMA news.