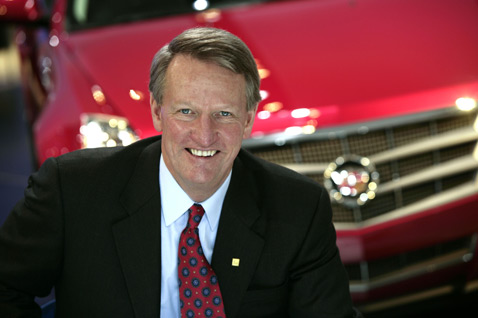 Rick Wagoner, General Motors CEO from 2000 to 2009, has resurfaced. And he’s invested a sizable sum into a new Silicon Valley startup company.

Automotive News (subscription required) reported Tuesday the ex-GM CEO staked his claim in a company called YourMechanic. The company connects vehicle owners with a group of certified mechanics who come to them. Think of it as a house call for a car. Users can get a quote and book an appointment 24 hours a day, seven days a week, and a mechanic will perform the necessary services at home or while a user is at work.

Obviously, the value is in not having to wait at a repair shop while mechanics complete repairs. YourMechanic also backs all of its work with a 12-month/12,000-mile warranty. The company offers more than 800 repair services and maintains a presence in 5,000 cities across the United States and Canada.

“All aspects of auto industry are undergoing incredible transformation, including service,” Wagoner said in a statement. “Mobility is going to be a part of that transformation, and I believe the team at YourMechanic has a compelling technology platform and vision.”

In total, YourMechanic closed its latest series of funding with $10.2 million, which included Wagoner’s investment. It’s unclear how much Wagoner invested, however.

The former CEO oversaw GM’s fall from grace throughout the 2000s and was named one of the worst CEOs of 2008. Eventually, the Obama administration requested Wagoner to step down from the roll, which he did in 2009, to obtain short-term financing ahead of its Chapter 11 bankruptcy.

Today, Wagoner sits on the board of directors for ChargePoint, an electric-car infrastructure company.