Typically, automakers go to great lengths to disguise their camouflage-clad prototype vehicles before sending them out into the public for testing. Automotive camo prints themselves have been the subject of continued improvement over recent years, and today, they make use of a number of proven optical illusions to obscure as much of each model’s sculpture as possible. Typically, identifying badges are covered or removed, grilles are obscured, and headlights and taillights are even masked to prevent giving away their design.

So what, then, do we make of the Cadillac crest-shaped bit of camouflage we recently saw on a prototype of the forthcoming 2020 Cadillac CT4? Is that the result of GM’s engineers tightly wrapping the crest to cover as little of the grille as possible, ensuring adequate cooling airflow for testing? Or is it a bit of an inside joke – a quasi-identifying feature deliberately placed just where the badge would be to poke fun at the very concept of trying to anonymize prototype vehicles?

We’re going to go with B) the engineers decided to have a bit of fun. 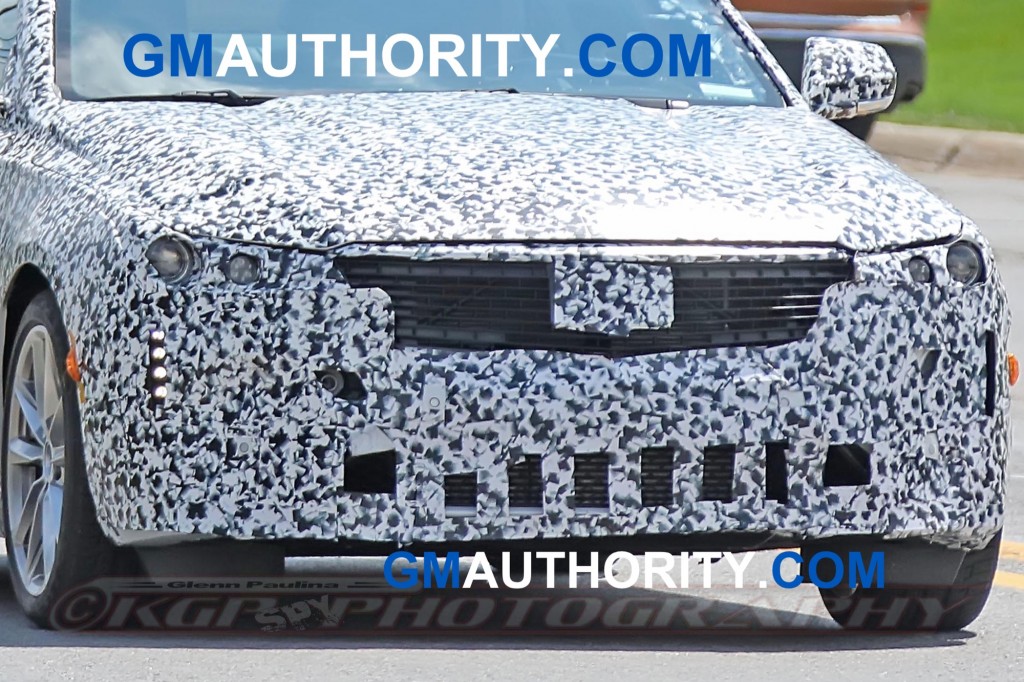 It’s hard to imagine a scenario in which an automaker had no recourse but to wrap a badge rather than simply removing it from the car, and consider: another Cadillac CT4 prototype spied more recently had the crest on the grille blocked off in an entirely different, less shape-conforming way. Even if the earlier CT4 prototype had a badge with integrated radar for the Adaptive Cruise Control, and thus one that couldn’t practically be removed from the car, there are plenty of other ways to obscure it.

So well-played, Cadillac engineers. There’s no escaping the all-seeing lens of the automotive spy photographer; you might as well embrace that, and have a laugh when you can.

The forthcoming Cadillac CT4 is believed to be GM’s indirect replacement for the soon-to-be-discontinued Cadillac ATS. It will compete in the same luxury C-segment space, riding on the second generation of GM’s Alpha platform, with RWD as standard and an optional AWD system. We anticipate GM’s 2.0-liter turbo I4 LSY and 3.6-liter V6 LGX engines being available on regular models, with a 3.0-liter twin-turbo V6 LGW, and possibly the new 4.2-liter twin-turbo V8 LTA “Blackwing”, being offered on high-performance models.

Stay tuned for all the latest Cadillac CT4 news.