Donut Media host and comedian Byron Bowers took a trip down memory lane during this week’s episode of their show Miracle Whips. In the show, Byron drives a new car every week that the teams finds using Drive Share by Hagerty, who sponsors the YouTube show, as he hunts to find the car he claims he will drive for the rest of his life. This week Byron drove the Knight Industries Two Thousand, aka KITT. 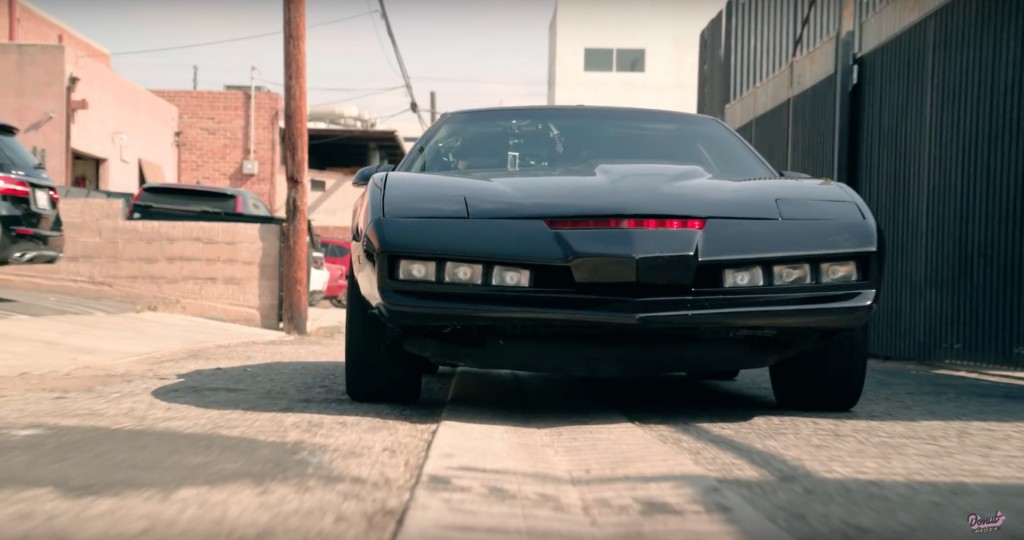 Byron was disappointed to find out that this Knight Industries Two Thousand replica was not equipped with all of the gadgets that the car so famously used in Knight Rider. While KITT was known to reach speeds in excess of 300 MPH in the Knight Rider show, Byron soon came to realize the limitations of the LU5 V8 that still sits at the heart of this Pontiac Trans Am. Despite his complaints on the cars inability to go fast, or handle all that well, Byron was drawn to the style and presence that this modified Pontiac Trans Am gives off.

In the end, the Knight Industries Two Thousand wasn’t the car that Byron is looking for. Whether it was the cars performance, KITT’s constant vying for someone named Michael, or Byron’s concerns about how this modified Pontiac Trans Am may affect his dating life, we are disappointed that we won’t be seeing more of these two together.