For the No. 3 Corvette Racing C7.R team, last weekend’s Motul Petit Le Mans was about as far from perfect as possible, but the team nonetheless managed to hold on to grab the IMSA WeatherTech SportsCar Team and Driver Championships with an eighth-place finish. This marks the third straight year that Corvette Racing has nabbed both honors, although the GTLM Manufacturers’ title went to Ford, not Chevrolet.

The No. 3 Chevrolet Corvette C7.R was in contention for the win with about two-and-a-half hours left in the ten-hour Petit Le Mans, but driver Antonio Garcia spoiled the team’s chances when he spun emerging from pit lane, hitting a wall and forcing Corvette Racing to make some hasty repairs to the car. The car reemerged on track in ninth, three laps down and unable to fight its way back up to the lead lap. At that point, all the No. 67 Ford GT needed was to finish second or better to clinch the Team and Driver Championships. 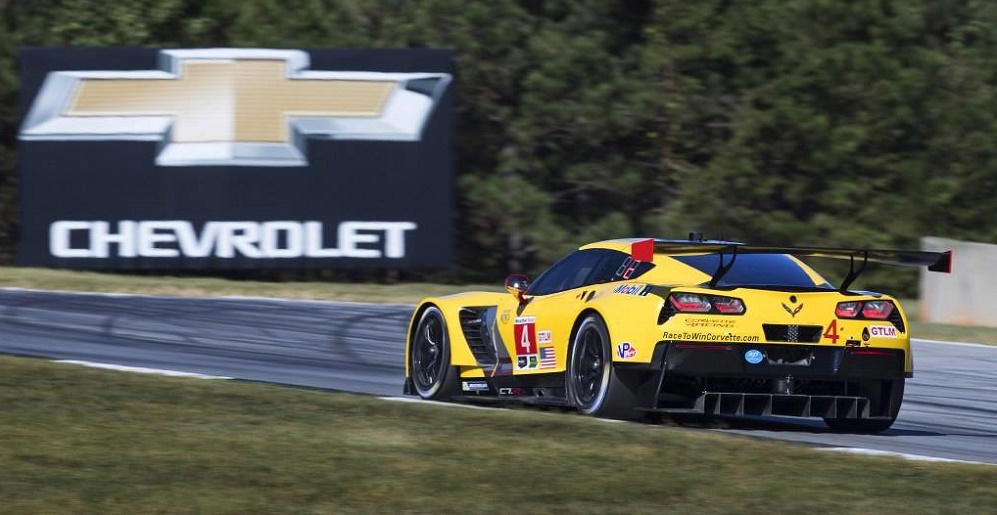 The Ford was en route to do just that, running in second place with about 50 minutes left in the ten-hour race. But the team was forced to make a late-race pit stop, which allowed the No. 4 Chevrolet Corvette C7.R to assume second as the No. 67 Ford fell back to fifth.

“The way it turned out, the way the 4 car went in there and really put pressure on changed things around,” said driver Jan Magnussen after the race. “Such a massive team effort to make this happen. I’m so proud to be a part of this. I think what really did it was the 4 car got sent super aggressively and changed the balance of things. Obviously the 4 car went for the win, but they knew why they were doing it. It turned things in our favor.”

The No. 3 Chevrolet Corvette C7.R team won the 2018 IMSA WeatherTech SportsCar Championship team and drivers titles without winning a single race all season – something that last happened in 2005 – although they landed on the podium at eight of the season’s twelve races. This marks Corvette Racing’s 13th Team Championship and its 12th Driver title in 20 years of racing.