For the eighth year running, Chevy is ready to battle breast cancer and raise both awareness and funds. The brand has once again partnered with the American Cancer Society Making Strides Against Breast Cancer.

Chevrolet plans to support the organization and raise awareness through employee walks, customer engagement and event sponsorships. Like years in the past, the brand will also donate up to $400,000 to the American Cancer Society. For every social media post using the #IDriveFor hashtag, Chevy will donate $5 to show support for those who have survived or are currently battling breast cancer.

All proceeds from the social media campaign and other doings in the month of October will go directly to the American Cancer Society for research, education for healthcare professionals, screening guidelines and promotion for early detection.

Additionally, Chevy will donate $350 (up to $50,000) for every caution lap taken by this year’s Team Chevy-commissioned pink Chevrolet Camaro SS Pace Car. The donations will occur during the Monster Energy NASCAR Cup Series races at Talladega Superspeedway on October 14 and Martinsville Speedway on October 28.

The support for breast cancer awareness comes as the brand rolls out a new community-focused marketing platform called Chevy Cares. The platform will not only focus on the brand’s work with breast cancer awareness, but also how Chevy supports military members and their families, youth sports and relief assistance in areas affected by natural disasters. 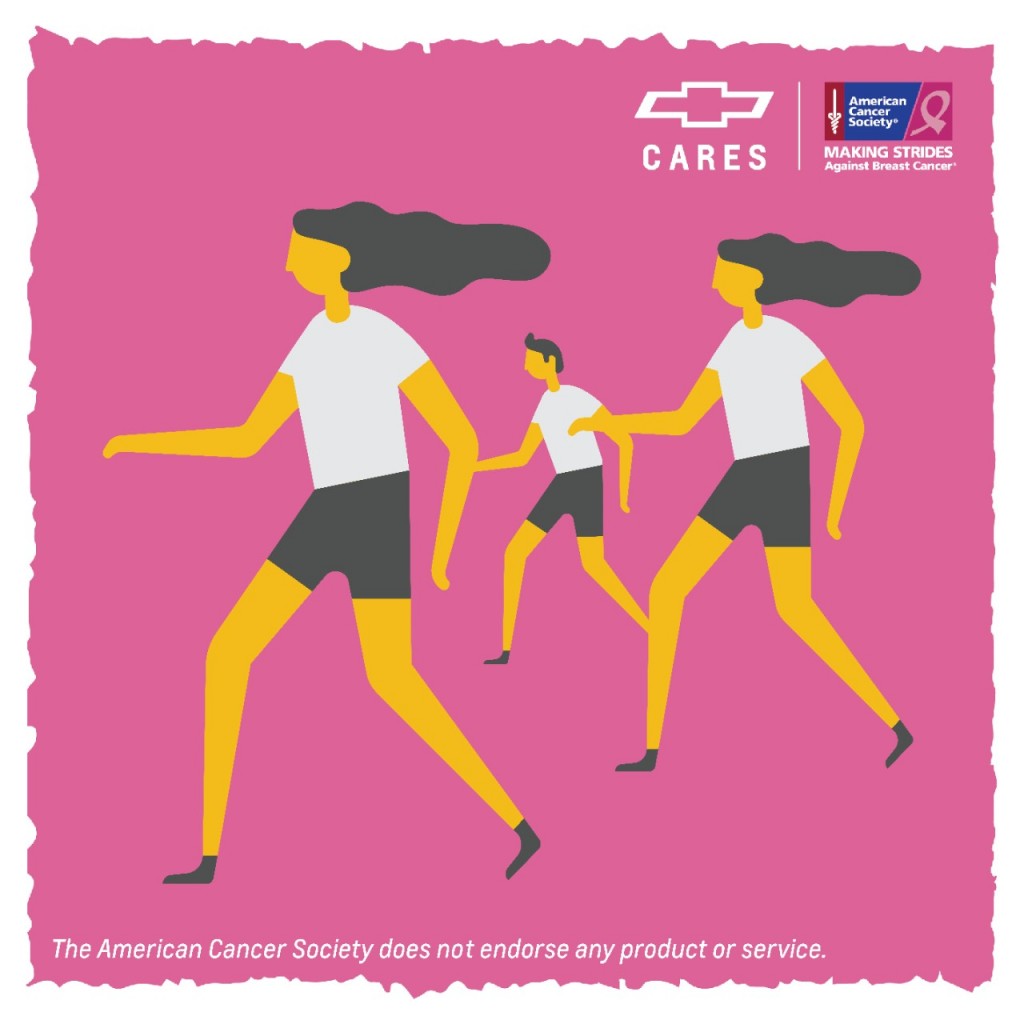 “We know that when we engage at the local level and support causes that our employees, dealers and consumers are passionate about it helps bring communities together,” said Paul Edwards, U.S. vice president, Chevrolet Marketing.

“We are proud to roll out Chevy Cares as a unifying effort that will allow us and our dealers to do even more in the communities where we live and work, including building on the success of our partnership with the American Cancer Society to raise even more awareness and financial support for breast cancer research.”