It’s always encouraging to see an off-roading truck like the Chevrolet Colorado Z71 being used the way it was intended to be, and we caught one in the wild out in the state of Colorado that certainly seems to fit the bill. This truck – a current-generation Laser Blue example with an extended cab – is dirty, proudly wearing the remnants of a day on the trails from head-to-toe.

We’re guessing it wasn’t this Chevy Colorado’s first time being off-roaded, either, as it has a number of modifications that suggest the owner is a trail enthusiast. These include a roof-mounted LED bar, a pair of LED spotlights, rock sliders, and beadlock-capable wheels wrapped in nubby off-road tires. It’s also got some pretty nice-looking cargo racks, but those are a tad unrelated. 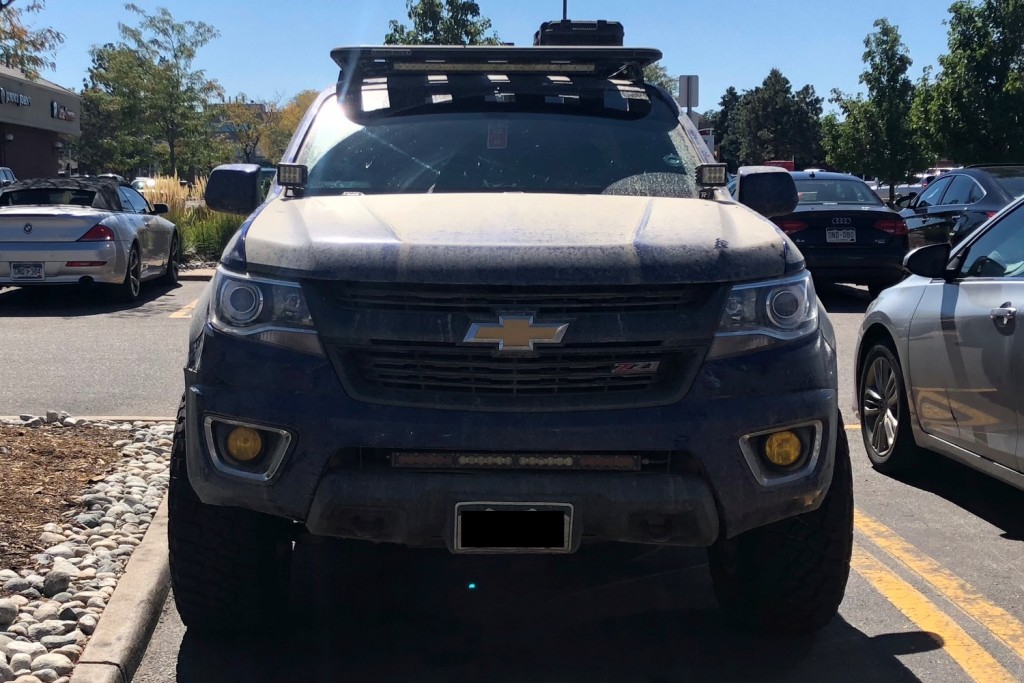 If sightings of trucks like this one accomplish anything, it’s to prove the existence of a market for hardcore off-roading trucks like the Chevy Colorado ZR2 and the all-new ZR2 Bison – the product of a collaboration with American Expedition Vehicles. There are some who argued that those vehicles would be wasted on city-slicking poseurs who would scarcely take their trucks anywhere near a dusty trail, especially with the MSRP being what it is.

Yet Chevrolet was wise enough not to listen, and now, there’s an entire subculture of ZR2-owning off-road enthusiasts, and the 2019 Chevrolet Colorado ZR2 Bison is scheduled to start sale in January of next year. The Bison isn’t a tit-for-tat response to Ford’s ultimate off-roader – the Ford F-150 Raptor – but it’s likely to compete for many of the same buyers by tapping into the same primal need some truck owners have to leave the beaten path and tear up some trails. 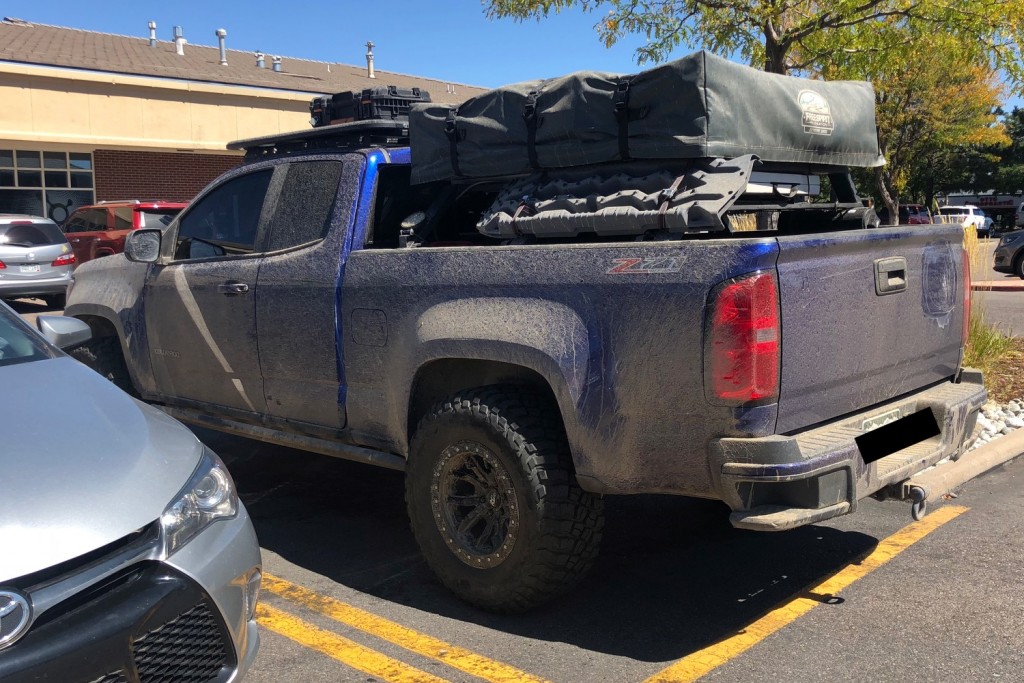 We wonder: how many of our readers are Chevy Colorado-owning off-road enthusiasts? How many of you opted for the Z71, the ZR2, or plan to put down for a ZR2 Bison this January when that model becomes available? Let us know by dropping us a line in the Comments section below, and of course, stay tuned to GMAuthority for more fresh Chevy Colorado news.