While most of the crate engine noise surrounding Chevrolet has (naturally) revolved around the 6.2-liter LT5 supercharged V8, Chevy has debuted a second crate engine ahead of the 2018 SEMA show. The new 350 cubic inch ZZ6 EFI small-block V8 engine ditches the four-barrel carburetor in favor of a modern electronic fuel injection system (standard ZZ6 engine pictured).

Chevrolet Performance said the state-of-the-art throttle body features a fully sequential port-electronic fule injection system. Fuel is delivered into the intake airflow directly at the port with an injector for each of the eight cylinders. This allows for better fuel atomization. The system is also ready to run out of the box with a pre-loaded calibration. 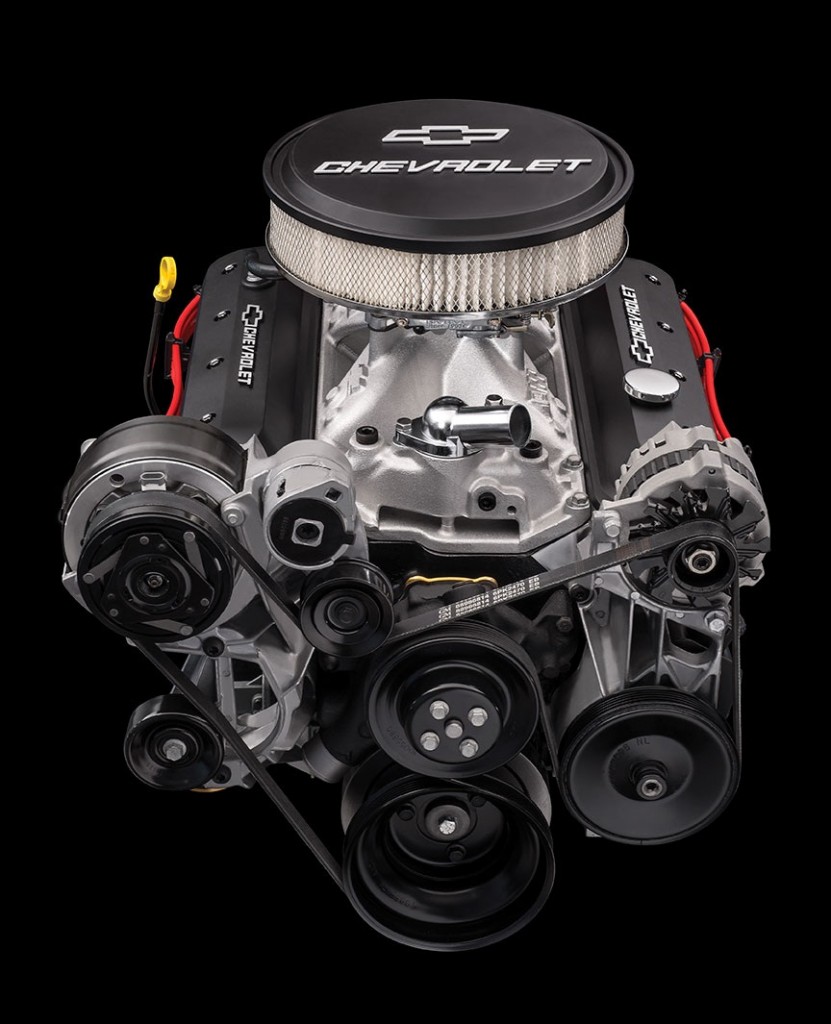 The modern technology results in a power and torque bump for over the standard ZZ6 crate engine. While the regulation engine will make 405 horsepower and an identical amount of torque, the ZZ6 EFI engine makes 418 hp and 410 lb-ft of torque. For plenty of gusto, the torque curve is nearly flat from 3,000 rpm to 6,000 rpm, and the entire package is about 1 inch lower to fit in compact spaces.

The ZZ6 crate engine itself is basically Chevy’s iconic 350 small-block V8 with modern twists. Fast Burner heads, a high-RPM valvetrain and beehive-style valve springs inspired by the LS family of engines give the engine a unique character.  The ZZ6 also uses an aggressive hydraulic roller camshaft with .474/.510-inch lift and 208/221-degrees duration. It supports the high-RPM airflow capability but maintains low-speed drivability.

Pricing hasn’t been announced yet, but for those looking for a trust small-block V8 with naturally aspirated power, ZZ6 is a pretty darn good option.